A mining executive sacked by Rio Tinto over an alleged bribery scandal is plotting a dramatic stock market return with a £700million float on London’s Alternative Investment Market this year.

Alan Davies was dismissed by the Anglo-Australian miner in 2016 over a project in Guinea, West Africa. He was head of the energy and minerals division of Rio, and is alleged to have been involved in a £7.5million payment to a friend of the president of Guinea.

Rio self-reported the payment in 2016 and Davies was cleared of wrongdoing by Australia’s securities watchdog last year, which cited insufficient evidence. A probe into the payment by Britain’s Serious Fraud Office (SFO) is ongoing. 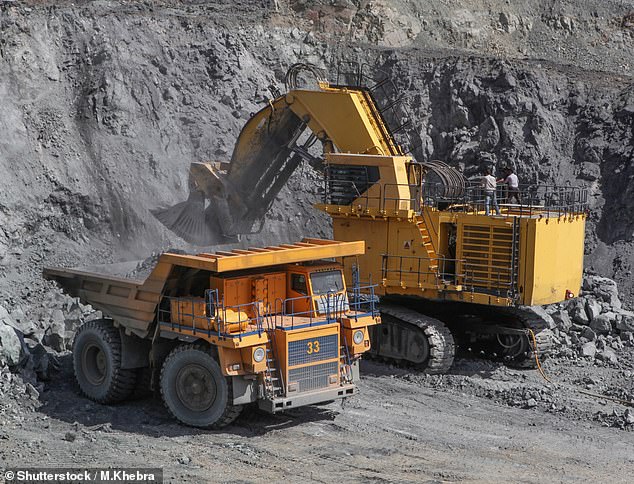 He has since become chief executive of miner Moxico Resources.

The Mail on Sunday understands that Africa-focused Moxico is ramping up plans to float and has hired advisers Hannam & Partners and Tamesis to help. A date has yet to be set for the public offering, though sources say it could take place before the summer. But the float risks being overshadowed by Davies’s dismissal from Rio.

Davies was involved in the FTSE 100 miner’s effort to develop a high profile iron ore project in Guinea. He was dismissed after being linked to a 2011 payment made to Francois Polge de Combret, a former French diplomat who was a university contemporary of Alpha Conde, then Guinea’s president.

In emails used in a court case that Rio brought against Brazilian giant Vale and BSG, run by Israeli tycoon Beny Steinmetz, it emerged Davies had asked his bosses to authorise the payment to the Frenchman.

According to the emails the payment was for de Combret’s help in securing the right to exploit Simandou, one of the world’s largest untapped deposits of iron ore.

Davies has accused Rio of failing to provide ‘evidence of the reasons’ for terminating his employment, maintaining there were no grounds. But the events were a blow for Davies who was highly regarded and had been tipped as a potential chief executive of Rio Tinto.

He held a number of senior roles at the mining giant, including chief executive of its diamonds and minerals arm. He was also on the board of British engineer Rolls-Royce.

Davies joined Moxico in 2017. The London-based firm was founded in 2013 and mines copper in Zambia. In May last year it raised £55million from investors to help fund construction of its flagship Mimbula project in Zambia’s copper belt.

The float is likely to crystallise a payday for Moxico’s directors, who include Davies and chairman Peter Wynter Bee, a former lawyer at accountancy group KPMG.

Investment bank Hannam & Partners was founded by buccaneering dealmaker Ian Hannam, who was labelled the ‘king of mining’ while at banking giant JPMorgan, where he worked on the £56billion tie-up of Glencore and Xstrata.

A string of mining firms have already listed in London over the past 12 months, including US coal miner Bens Creek and South Africa’s Thungela Resources.

They have been listed amid a boom in commodity prices, which have soared as economies around the globe recover from the coronavirus pandemic.

Copper prices have leapt in the past 18 months, raising Moxico’s prospects. Once in full production, Mimbula should produce 30,000 tons of copper a year. The project is 85 per cent owned by Moxico and 15 per cent by Zambian partners.

The SFO refused to confirm whether it is investigating Davies specifically, but said a probe into ‘Rio Tinto, its employees and others associated with it’ is ongoing.