Just when some cladding victims thought there was light at the end of the tunnel, a second nightmare has emerged for some.

Many have seen their financial struggles eased after a financial cap was announced on the amount they would pay towards repairs on their dangerous buildings.

It means they no longer have to worry about how to pay for the building works.

But residents in some tower blocks where the remediation works have now begun reveal it is no longer the financial nightmare that is the problem. 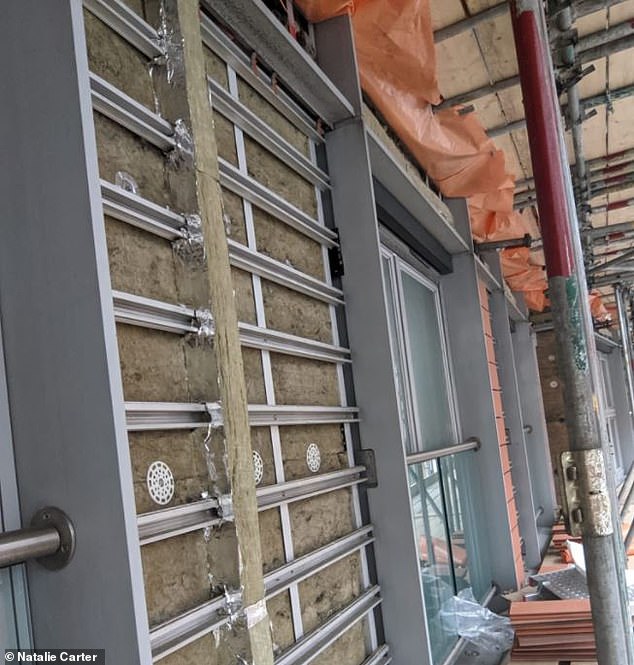 Some cadding hit flat owners have waited years for remediation works to begin – but now they are happening, they can prove to be a new ‘second nightmare’

Instead, it is their extreme living conditions, which they explain are cold, dark and noisy – and they are having to endure the distressing environments for months on end.

They are also concerned about soaring energy bills as they double the length of time their heating is on to try to compensate for the cold conditions they are in.

We spoke to one flat owner who bought his two-bedroom flat in London’s Canary Wharf in 2011. His block has a total of 559 flats.

Arturo Martinez explained that his flat has limited access to daylight due to the building being covered in scaffolding and Monarflex sheeting, and is cold due to the tiles being removed on the outside of the building.

It has left him feeling claustrophobic and struggling to breath freely in what he describes as ‘like a panic attack’.

He said: ‘It is dark, cold and very depressing. I have to step outside of the building as I feel I can’t breathe sometimes. It feels like I am in prison. It is dreadful.’

He explained that the terracotta tiles on the outside of the building are being removed. Underneath is insulation in the walls.

He said: ‘The tiles started coming off in November. I don’t know when it is going to be fixed. Originally, we were told that all workers would be off the site and finished by May 2022, but now we have been told the scaffolding will come down in November this year.

‘It is extremely cold. There doesn’t seem to be much more than some plasterboard and some insulation between me and the outside. I used to have my heating on for a maximum of three hours a day in the winter, but now need it on for eight hours when I am not at work.’

Mr Martinez explained that his fixed tariff ends this month and he is expecting his heating bill to be significantly higher.

‘I am dreading the bill as my heating consumption is so much more than it was.’

He has not yet paid any money towards the remediation works, although he had received his service charge highlight the amount due.

‘I have had a service charge bill but was told not to pay it and it was only for future budgeting purposes.’ 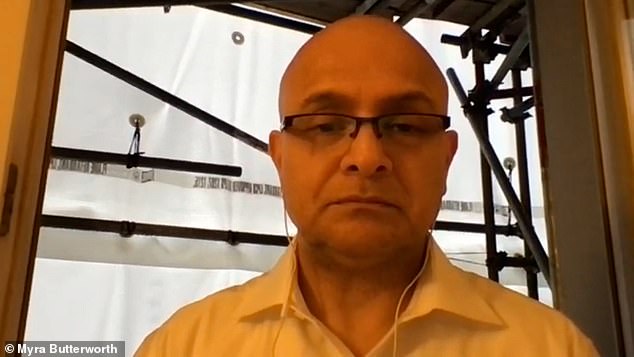 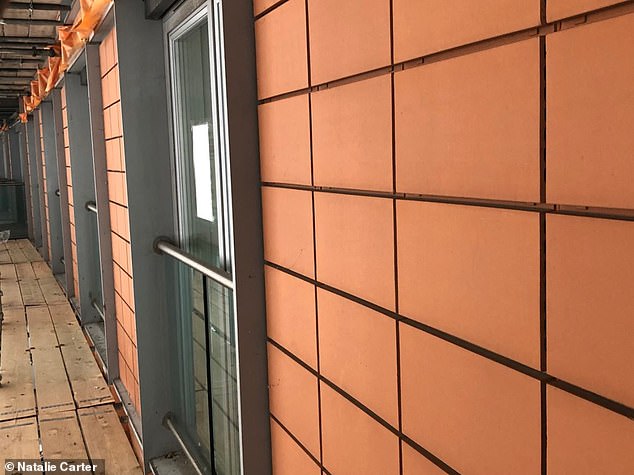 Meanwhile, another resident in the same block said the noise from the remediation works is ‘deafening’ while the cold has seen her resorting to wearing a hat and gloves in bed.

Natalie Carter said: ‘Work starts at 8am, six days a week. The noise, when works is actually ongoing, can be deafening. It is at times impossible to work from home.

‘Since the tiles started being removed the temperatures in our flats have dropped. Two nights ago I wore a hat and gloves in bed.

‘But the worst is the Monarflex, the complete absence of natural light. The toll that takes on your health and well-being, which you don’t really notice at first, but is a significant and insidious problem.

‘If you have a busy work day, you can go the full day without any natural light. It’s deeply depressing.’

It comes after the Government announced an amendment to the Building Safety Bill, which is currently being scrutinised by the House of Lords. It is expected to become law later this spring.

No-one living in a building more than 11 metres tall – or with five storeys or more – will have to pay anything for remediating flammable cladding.

Meanwhile, no-one living in a building where the freeholder or head lessor is an associated company of the developer will have to pay anything, for cladding or non-cladding costs.

The caps can be spread over five years, in equal instalments. For someone living outside of London in a property valued at less than £1million, that would mean contributions of £2,000 a year for 5 years.

Remediation and waking watch costs paid by leaseholders in the period of five years before these new provisions are commenced – so roughly back to June or July 2017 – will count against the limits.

It means that those living in a building requiring further work who have already paid to the limit of their contribution cap, will not have to pay anything further.

Leaseholders in buildings under 11 metres tall, or with fewer than five storeys, get no assistance for cladding or non-cladding remedial works. The Government’s view is that such buildings are not of sufficient risk to justify remediation.