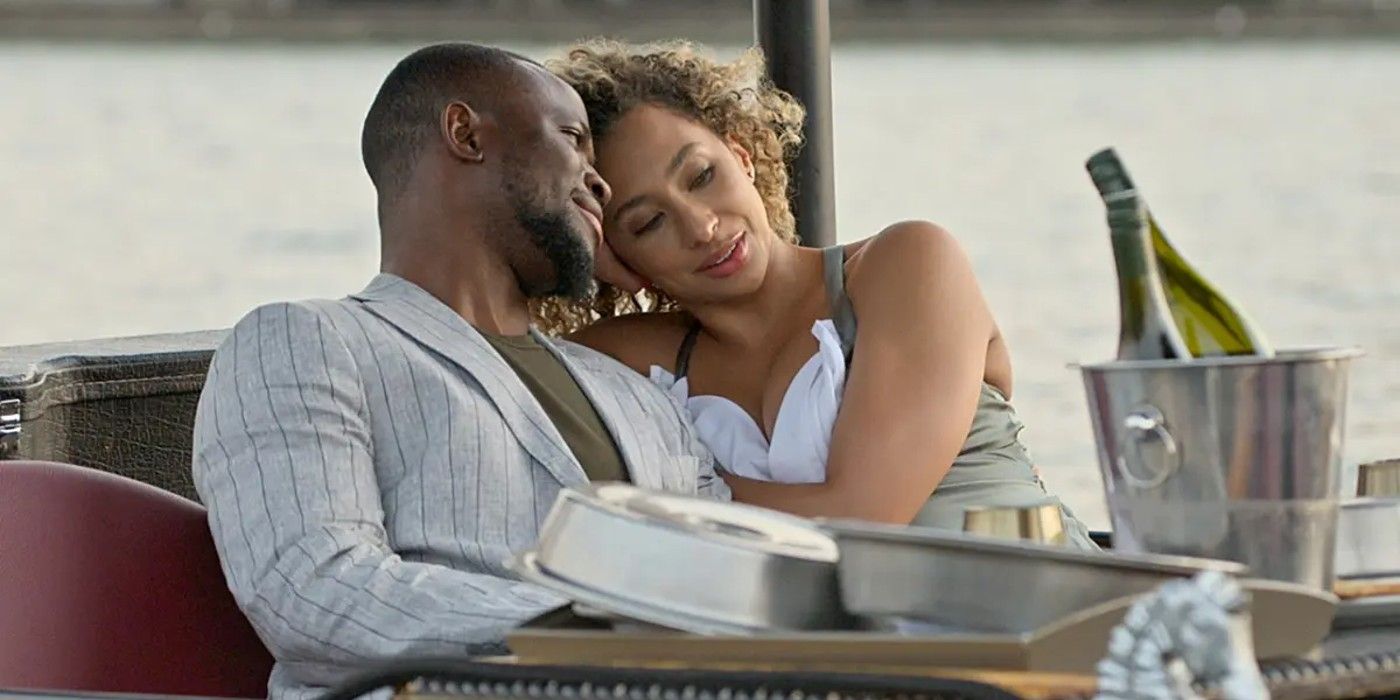 Raven Ross and Siriku “SK” Alagbada became unexpected fan favorites on Love Is Blind season 3, but after a whirlwind week of cheating allegations, their sudden split wasn’t completely unexpected. When Raven and SK got engaged on Love Is Blind season 3, they didn’t appear to share an explosive connection like co-stars Alexa Alfia and Brennon Lemieux. As time went on, Raven and SK’s bond noticeably strengthened, and many fans thought the duo would get married. While Raven and SK didn’t wed on Love Is Blind, they decided to continue their relationship and happily praised one another after the series concluded.

Related: What We Learned From The Love Is Blind Season 3 Reunion

Multiple Women Accused SK Of Infidelity After Love Is Blind

In videos saved by TikTok user @storytimewithrikkii, SK was first accused of cheating on Raven by TikTok user @Emmwho9, who leaked several texts between her and the Love Is Blind season 3 star on November 14. Shortly after time stamps showed that SK was on Hinge after Love Is Blind, a second woman, @hannahbethstyle, revealed herself as SK’s ex-girlfriend. In a now-deleted TikTok from November 18, the user shared dozens of dated texts and pictures that showed her and SK together after Love Is Blind season 3 concluded in May 2021.

Although SK and Raven didn’t address SK’s infidelity scandal after the women came forward on TikTok, their social media profiles began to change, indicating problems between them. SK, who already admitted that he was unhappy with how he was portrayed on Love Is Blind, quickly locked down his Instagram comments like co-star Zanab Jaffrey, another Love Is Blind villain, so that users couldn’t question him with the allegations. SK also began to remove photos that showcased his Love Is Blind journey with Raven, although a few remain. Since SK continuously praised Raven after Love Is Blind and referred to her as his “beautiful bride,” his fast quietness spoke volumes.

While SK’s choice of social media is Instagram, Raven is one of the most followed Love Is Blind season 3 contestants on Instagram and TikTok. Before the allegations against SK surfaced, Raven would routinely update her profiles with pictures and videos that included SK. Although Raven kept quiet about SK’s alleged infidelity, it became obvious that Raven and SK were about to split when she purged her Instagram account of almost every mention of him. While Love Is Blind fans thought SK had communication issues prior, they loved how SK’s mother treated Raven; unfortunately, SK’s mother is gone from Raven’s social media as well. Raven and SK unexpectedly became fan favorites in Love Is Blind season 3, and while Raven has retained her positive image after their split, SK’s has dramatically fallen.

More: How Raven Ross Redeemed Herself On Love Is Blind Season 3

Denis Avahttps://bizgrows.com/
Denis Ava is mainly a business blogger who writes for Biz Grows. Rather than business blogs he loves to write and explore his talents in other niches such as fashion, technology, travelling,finance,etc.
Previous article
Are your investments in the dog house? £45bn sitting in failing funds
Next article
Indivior weighs secondary US listing as sales soar