Single people living alone are paying £7,564 more in living expenses each year than members of a co-habiting couple, according to new statistics.

They are typically forking out more than £360 more in household bills than those living with a partner, according to research from credit card and loan company Ocean Finance, while groceries cost them more than £90 extra each month.

The data suggests that the increasing cost of living crisis could hit single people harder than those in relationships, as more of their income goes towards essential costs. 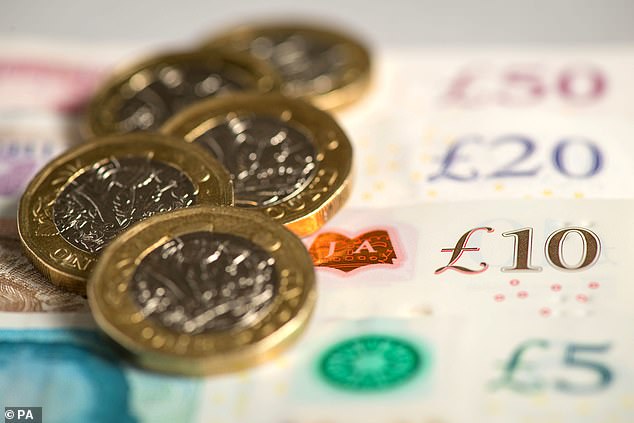 Single-person households are likely to be the worst affected by the cost of living increases, as research suggests single Britons are already £7,500 worse off than couples each year

The cost of living has soared in recent months, with the UK’s annual rate of inflation hitting a near-30 year high of 5.5 per cent in February and set to go higher.

A key driver of this has been energy bills, which are set to increase by more than 50 per cent for many households from April after Ofgem increased the cap on default tariffs to £1,971 per year.

Other household bills are also on the rise, with council tax going up by up to £57 a year on the average Band D home from April and fixed mortgage rates increasing for those who need to move or remortgage.

The research shows that single-person households are already spending £7,564.50 more on living costs every year than their couple counterparts, meaning they could be less able to cope with such rises.

The Office of National Statistics estimates that there are nearly 8million single-occupancy households in the UK.

The ‘single tax’ is most evident when it comes to property and household bills, according to Ocean Finance.

The combination of the rent or mortgage, utilities and council tax currently cost a single-person household £957 a month, whereas members of a co-habiting couple typically pay £350 less, at just £593 each. 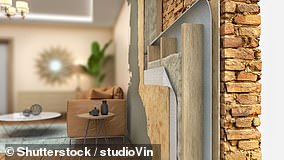 Over the last couple of years, she has made it more energy efficient by installing better insulation and more efficient radiators throughout her home – which she is hoping will pay off because it will lower her bills.

She said: ‘I’m lucky my dad is a plumber or I wouldn’t have known where to start. Adding in the insulation has cut my energy consumption in half according to my smart meter, and I haven’t turned the heating on since January.

‘If you have any spare cash I’d absolutely recommend you do some upgrades to your home.

‘It may cost a little more now, but I’m a lot less worried about prices going up beyond my control.’

The rent or mortgage accounted for a large chunk of the difference, with a single person paying, on average, £674 a month and a couple paying £433 per person.

Council tax was also a major contributor despite the 25 per cent discount for a single-person household. For the average Band D bill, singles paid £113.60 a month, but individuals with partners paid just £75.75 each.

How can singles save on essential bills?

Although many of the additional costs of single life are unavoidable, there are some ways that people living alone can save.

Helen Fox, senior content producer at Ocean Finance said: ‘The main reason for the difference in price between singles and their coupled-up counterparts is due to the price of bills. 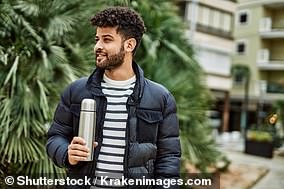 Matty, 29, from London, has been working extra shifts on weekends to help recuperate his rising costs, after his energy bill jumped by more than 55 per cent.

Working in a hotel has allowed him to pick up the extra shifts now that travel restrictions have lifted, but he’s not sure how long he can manage a six-day working week.

‘I’m really grateful that I work somewhere that can offer me the extra shifts, but I’m only just breaking even at the moment. I don’t know how much longer I can work like this.’

He has cut back on small expenses, making coffee at home instead of buying it, and plans to move to a cheaper home when his rental lease is up.

He added: ‘I’m really happy I didn’t buy a flat last year as I planned to, or I’d have been really stuck.

‘At least I know that I can drop £100 from my rent to help pay for bills in a few months. I’ve got it easier than most, but it’s still been a struggle.’

‘To reduce your household bills, we recommend looking for a better deal when it comes to any tariffs that you have.

‘For example, changing your water bill to a meter rather than a set fee can give you a significant reduction.

‘And, don’t forget to check your eligibility for the single person discount on council tax.

‘Prices are also generally higher for smaller portions of food, which are often the preferred option for singles to minimise waste.

‘We, therefore, recommend buying in bulk and batch cooking your food to help cut down your costs, while still not wasting any food.’

‘I record all of my spending in a budgeting spreadsheet’ 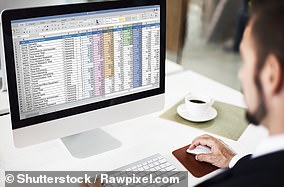 Josh, 27, a graphic designer in Portsmouth, said he had been gaming the system – literally – when it came to energy bills.

‘I’ve been using my gaming computer as a foot warmer instead of putting the heating on this winter,’ he said.

He owns his own flat, but does not want to live too frugally to pay for his rising bills and cost of living.

Josh added: ‘I’ve heard all sorts of advice about cutting back on Netflix subscriptions, or shopping at Aldi or Lidl, but I don’t think the savings outweigh the cost of my bills.

‘Instead, I turned to budgeting. I tried it in the past and failed, but this time it seems to be helping me.

‘I record all of my purchases in an excel sheet, and every month I look over what I bought and consider if I really needed it. Most of the time, the answer to that is no.

‘I’ve noticed my spend has started to drop despite not making any big changes, just because I’m more aware of where my money goes. I’d definitely advise people get more into budgeting if they need a little extra help with their spending.’

1. Apply for single-living discount on your council tax bill, saving you 25 per cent

2. Ask your water company to install a water meter, so you only pay for what you use

3. Ask your electricity supplier for a smart meter and turn appliances off when not in use

5. Keep the same phone and switch to sim-only when your contract is up

6. You don’t need to pay a TV license if you don’t watch live TV or BBC iPlayer

7. If you need 2 or more prescriptions a month you can apply for a prepayment certificate to save at least £10 a month