By Jai Singh, Proactive Investors, For This Is Money

The AIM-listed business hit its primary efficacy target during a phase I/II trial of a drug to treat cancer or specifically renal cell carcinoma, found in the tube linings of the kidney.

In a trial in combination with US pharma giant Merck’s blockbuster cancer drug Keytruda, four of the 16 patients saw some clinical benefit, while all reported the disease stabilising for at least six months. 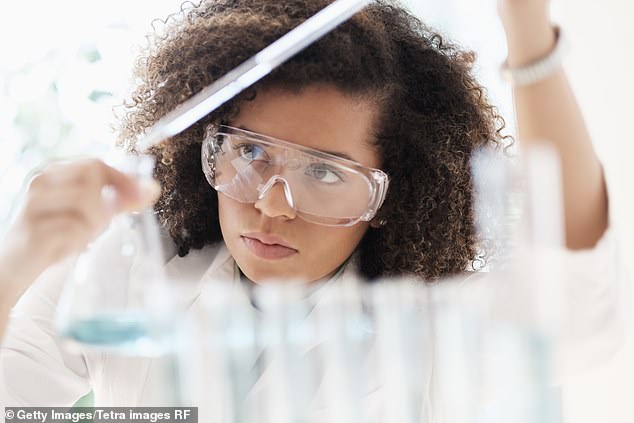 Duncan Peyton, 4D’s chief executive, described the progress as potentially ‘really meaningful’ for patients and their families in a conference call on Wednesday.

The ongoing study is being conducted in heavily pre-treated metastatic patients with solid tumours, a notoriously difficult area to treat.

Another big mover was Pantheon Resources, up 7 per cent this week to 130.2p.

‘Pantheon has an opportunity to develop a number of large, discreet oil accumulations in an established oil province adjoining export infrastructure, which we believe is unique,’ said technical director Bob Rosenthal.

Pre-drill estimates put the field’s size at around 1.8billion barrels.

Further updates are likely from Pantheon shortly and will be very closely watched.

Goldstone Resources and Galantas Gold benefitted from the rising gold prices, with the precious metal currently changing hands at $1,956 per ounce following the ban on Russia exports.

Goldstone soared 13 per cent to 9.5p as gold production at its Homase Mine got underway with the miner reporting it has produced and sold 1,717 troy ounces of gold so far this year.

Galantas rocketed 18 per cent to 36.9p after reporting some of its ‘best drill results to date’ at the Omagh Project on Monday.

AIM itself made small gains with the All-Share Index climbing 0.37 per cent to 1,040 points over the last five days though it was eclipsed by the FTSE 100, which climbed 1 per cent.

Among the AIM fallers, Diurnal saw its share price slashed in half to 16.9p.

The hormone development company said further funding was necessary to reach sustainable profitability, although it did not disclose exactly how much and by when it would be needed.

It pointed towards an increase of 225 per cent in R&D spending to £5.9million in the six months ending December 2021.

To add to the problems, it said near-term sales targets for Efmody, one of its commercial products, are unlikely to be met.

PipeHawk had a fifth wiped off its share price, currently changing hands at 27.6p, after announcing that despite a 23 per cent revenue increase, losses for the final six months of 2021 more than doubled to £284,000.

Inspired fell 8 per cent owing to the war in Ukraine and the potential closing of Gazprom UK, which is a big supplier to UK business.

The energy consultant said it has taken steps to mitigate any long-term fallout but the worst case would affect 5 per cent of its customers and cost around £3million.