In music, it is often said that what a musician does not play is as important as what he or she does play.

In business, sometimes the acquisitions you don’t make are more important than the ones you do and that could well be the case with Tavistock Investments‘ aborted purchase of Morgan Financial Group Holdings.

Tavistock announced last month it would pay around £3.7million for the independent financial advisory group but announced late on Thursday that the deal will no longer take place.

The shares finished the week 23 per cent higher. 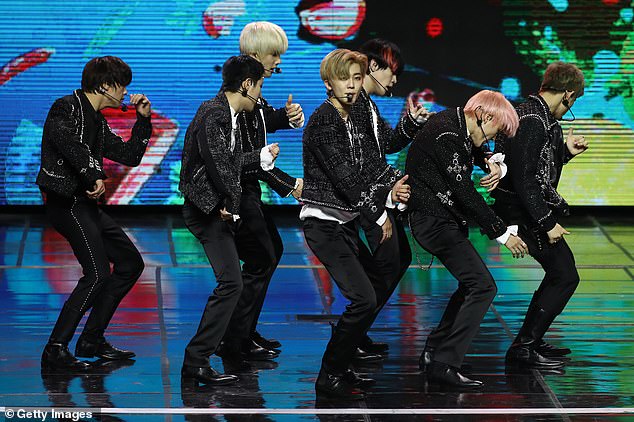 K-pop band NCT Dream is one of the many playing at KPop.Flex festival in Frankfurt in May

It’s been a tough couple of years for Live Company Group, the live events company, but it appears things are picking up.

The shares were up by more than a quarter this week after the company announced tickets for its KPop.Flex festival that will take place in Frankfurt on 14 May are sold out.

The event, focused on Korean pop, is a joint venture agreement with K-Pop Europa (KPE), a 50 per cent subsidiary of Live Company.

It’s time for a Zulu update.

No, it’s not a remake of the iconic film but the title of a news release from Premier African Minerals that sparked a share price surge.

The shares were up 65 per cent this week to 0.3775p – a year ago they were languishing at 0.05p – after the company announced encouraging drilling results from its Zulu Lithium and Tantalum Project.

The geological model now suggests further extensions to the northwest of the previously announced resource statement, the company told investors.

Sector peer Empire Metals received a highly favourable reaction to its decision to focus on advanced exploration opportunities at its Eclipse and Gindalbie projects in Western Australia and not proceed with its option on the Central Menzies gold project.

The shares rocketed 39 per cent higher after the company announced what Aussies probably don’t call ‘a Brucie bonus’ in the form of favourable exchanges that will provide the company with an opportunity to carry out additional exploration activities for less expenditure than originally envisaged.

SpaceandPeople, the retail, promotional and brand experience specialist, soared 49 per cent after it said trading has continued to recover and the board is increasingly confident on the outlook for the business.

Insig AI, the machine learning specialist that listed on AIM less than a year ago, was lifted 38 per cent by news of the company’s inclusion on the PwC Scale FinTech programme.

The programme is designed to give access to new commercial opportunities within PwC, the heavyweight auditing firm, as well as among its clients. After an extensive selection process, Insig AI was one of only nine companies this year chosen from more than 700 applicants.

Joules, the clothing, accessories and homeware retailer, slumped more than 40 per cent last week when it issued a trading statement and cut its full-year profit guidance.

Now it has recovered some lost ground after it announced its half-year results, showing profits up from £1.3million to £2.6million but below expectations.

The shares were up 37 per cent this week, so almost back to where they were before the profit warning. 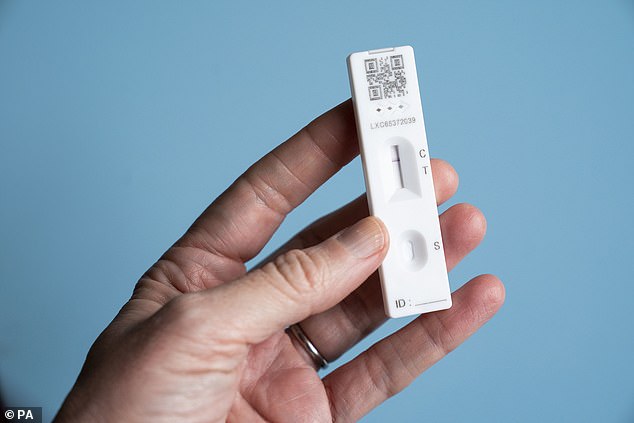 Omega Diagnostics was the biggest faller on Friday morning after it agreed to sell its diagnostic test kit manufacturing business and facility in Scotland for £1million cash and announced a discounted placing.

The sale of the manufacturing arm in Alva follows its expansion during the pandemic on the expectation of winning a large Covid test kit contract from the UK Department of Health and Social Care (DHSC).

After the DHSC decided not to progress with the contract, Omega said it ‘was left with insufficient demand for production volume and a manufacturing cost-base in Alva that was accordingly not sustainable’.

The shares virtually halved in value this week to 5.625p, a shattering fall from the heady days of October 2020 when they were trading as high as 107p.

ADVFN, the financial information provider, saw its shares lose around one-sixth of their value as the company took down the ‘for sale’ sign.

The company, the subject of some concerted stake building by Israeli investors, has concluded its strategic review of the company’s options and is no longer in an offer period as defined by the Takeover Code.

The board has concluded that the company should take advantage of the available options to grow its business offering and geographic reach through business partnerships and possible joint venture arrangements or acquisitions.

It is still considering a request from a significant stakeholder, Yair Tauman, to convene a general meeting to consider proposed changes to the board.