UK Oil & Gas PLC declared itself delighted this week with a ruling in the Court of Appeal that safeguards the company’s production at the Horse Hill project for the remainder of its commercial lifespan.

The court upheld the legality of Horse Hill’s planning consent, as a long-running appeal by Finch et al sought to overturn a December 2020 judgement in Judicial Review.

UKOG highlighted that the court ruling means that the planning consent for Horse Hill oil production was granted entirely lawfully. 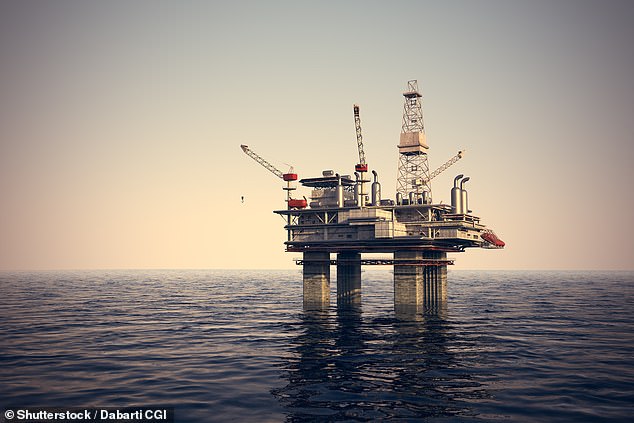 Upbeat: UK Oil & Gas PLC declared itself delighted this week with a ruling in the Court of Appeal

The market took the hint, sending the shares soaring by 51 per cent.

Sector peer Hurricane Energy, once a staple of this weekly round-up, returned to the spotlight (and in a positive way) with a 38 per cent jump to 7.1025p after an operational and financial update.

The company told investors that the Lancaster field continued to produce oil at a rate of around 9,500 barrels per day.

In the month of January, the company produced 299,000 barrels of crude, with an average rate of 9,639 barrels per day – and the average water cut was 40 per cent, totalling the equivalent of 196,000 barrels.

On January 25, the company dispatched its 27th cargo of oil from the Lancaster field which amounted to some 530,000 barrels of crude, priced at $81.40 per barrel, and it noted that the next oil shipment will take place in late March.

Sticking with the oil sector, Mosman Oil and Gas Ltd shot up 23 per cent to 0.095p after it had its application for a suspension and extension granted for the work programme conditions for the EP145 licence, in Australia’s Northern Territory.

Still in the resources world but next door in the mining sector, Shanta Gold Limited announced ‘outstanding’ results from further drilling on its Isulu and Bushiangala deposits and encouraging results from its new Ramula target all within its West Kenya project.

The aim of the Phase 2 drilling programme is to covert resources into the higher indicated category at the Isulu and Bushiangala deposits. Highlights from nine holes drilled in the fourth quarter include 1.4 metres (m) at 150 gram per tonne (g/t) gold, including 0.8m at 260 g/t, and 7.4m at 20.7 g/t, including 0.7m at 184 g/t, from Isulu.

Life science company SkinBioTherapeutics PLC plans to accelerate the rollout of its psoriasis treatment with the help of social media influencers.

The company believes the social media strategy should help meet its target of £1.2million in sales for its AxisBiotix-Ps food supplement in the year to June.

The shares were 31 per cent heavier this week at 51p.

The trading update from Smartspace Software PLC, the smart buildings technology firm, indicated that not only are the lights on at the company but someone is definitely home.

The company said results for the year to the end of January 2022 should be slightly ahead of expectations, prompting a 24 per cent hike in the share price.

Events organiser Live Company Group PLC is enjoying things a lot more now that most lockdown restrictions have been removed.

Its shares rallied 21 per cent to 5.55p this week after it announced it will be adding a second day to its KPop.Flex festival, taking place in Frankfurt in May.

The company says the festival was extended following ‘unprecedented demand and a sold-out first day.’ Currently, day two artists are confirmed as IVE, a six-member girl band, and ONEUS, a six-member boy band, with further acts to be confirmed in due course, a statement said.

RA International Group PLC, a provider of remote site services around the world, saw its shares tumble after it warned profits would be hit by lower sales and higher costs, with order book momentum “stalled”.

The company said it expects 2021 revenue to come in at around $54million and underlying earnings (EBITDA) at roughly US$7million.

‘This has been a frustrating period, with client and COVID-19 related operating constraints continuing to cause inefficiencies and exceptional delays in executing projects, in tender issues, awards and in project mobilisations,’ said chief executive Soraya Narfeldt.

MySale Group PLC announced a fall in interim profits as supply chain problems impacted its performance in the second quarter, while its inventory built up to a higher level than expected due to subdued demand.

EBITDA fell to A$1m in the first half to 31 December 2021 from A$2.5million in the same period the previous year, the online retailer said.

The company saw its stock market valuation fall by a fifth as it said it is cautious on the outlook for trading this year.