Smaller firms could make you a mighty profit


People love a bargain. Or do they? Global investors, and in particular Americans, currently view the UK as the place to find undervalued, world-class businesses.

Apprehension over the effects of higher interest rates has hit the US tech sector. The Nasdaq index is down by 10 per cent since the start of the year. 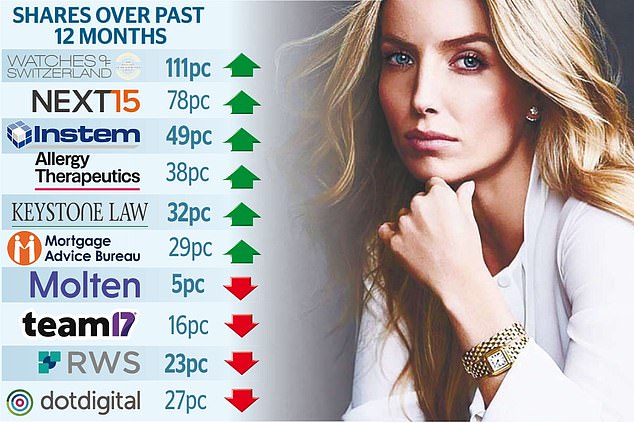 Stock watch: Actress Annabelle Wallis wears Cartier – shares in mid-cap Watches of Switzerland have outperformed in the past 12 months

Yet there seems to be more alarm about the impact of more expensive borrowing on smaller companies.

Just one small and mid-cap trust – Smithson – features on the latest AJ Bell list of top share and fund purchases.

British firms make up just a fifth of the portfolio of Smithson (where I am a holder) which concentrates on surprisingly substantial companies like Domino’s Pizza. For anyone wanting to diversify, focusing on businesses lower down the scale could also present a tasty dish.

Smithson’s share price is at a 2 per cent premium to the value of its net assets. The price of the River & Mercantile UK Micro Cap Growth Trust, which owns stakes in companies below £100million (small is a relative term), is at a discount of 11 per cent, for example.

Taking a walk on the small side may seem more risky, but, as Jason Hollands of Bestinvest points out, many investors may be overexposed to big businesses if they hold index funds which are weighted towards larger companies. He comments: ‘In such a fund, 37 per cent of your cash would be in 10 companies.

‘Over the last 20 years, the Numis Smaller Companies Index has returned 643 per cent, while the UK’s 100 largest companies have delivered a 202 per cent total return.’

Their smaller counterparts can flourish under less scrutiny, as Ed Monk of Fidelity International explains: ‘The theory goes that these [smaller companies] will be less closely monitored by the wider investing world, so there is the greater potential for a manager to unearth winners that the rest of the market has missed.’

Such has been the emphasis on the US tech group in recent years that Alexandra Jackson, manager of the Rathbone UK Opportunities fund, believes some investors have started to see Britain as a ‘non-core play’. Smaller companies have been particularly affected since they tend not to offer an income. But Jackson is endeavouring to fight back against the perception that future winners are not to be found on these shores.

There is mounting concern on both sides of the Atlantic of the damage that could be caused by rising interest rates to companies of any size with weak balance sheets and poor free cash flow (cash left over after paying the operating expenses).

The risk of more expensive borrowing could be greater for smaller companies. But, as Jackson explains: ‘We look for companies with very low net debt and bulletproof balance sheets.’ 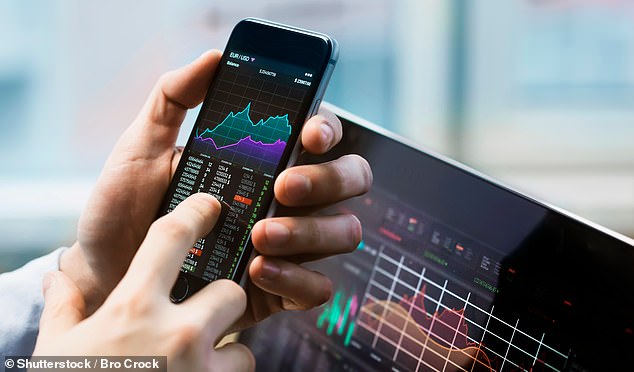 What’s best for you? Fidelity Special Situations may have a stake in Shell, but 45% of the fund is made up of smaller companies

The fund owns businesses like Molten ventures (formerly Draper esprit), the venture capital group. Its investments include the Cambridge start-up Paragraf whose ultra-thin graphene material can be used in the semiconductor industry. Another holding is team17, the Wakefield-based company behind such video games as Worms, King of Seas and Epic Chef.

The ability to get exposure to such a spread of activities is the reason why I put some money into the Rathbone UK Opportunities fund. But I am interested in further diversification.

Bestinvest’s best buys include the TM Tellworth UK Smaller Companies, which applies a ‘P3M’ (product, market, management, margins) process to locating stocks, and the Henderson Smaller Companies Trust which is at a 9 per cent discount.

Its manager Neil Hermon acknowledges the difficulties facing the economy, but believes the trust can still prosper. He says: ‘The fall in stock markets this year has thrown up a number of good buying opportunities in companies whose long-term future remains as robust as ever.’

While deciding whether small could do beautiful things for your portfolio, you can minimise your efforts by checking whether you are already thinking small.

For example, Fidelity Special Situations may have a stake in Shell, but 45 per cent of the fund is made up of smaller companies. For some, this may be a big enough adventure.