The chairman of bus operator Stagecoach has been accused of a conflict of interest over his links to the German investment giant trying to buy the group.

Raymond O’Toole and the rest of the board of the company have told shareholders to vote in favour of a £595million takeover offer from DWS, after initially backing a rival bid from National Express.

O’Toole has collected more than £360,000 in pay from Yorkshire Water which counts Frankfurt-based DWS among its owners. 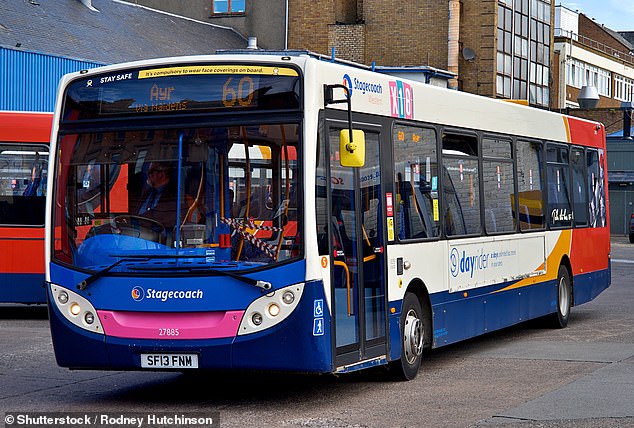 ‘Questions to answer’: Raymond O’Toole joined the board of Stagecoach in 2016, and took the chair in 2020

Prem Sikka, a professor at Essex Business School, said the board has ‘questions’ to answer on the connection. ‘This is a conflict of interest and we need more openness around these kind of conflicts,’ he added.

O’Toole has been on the board of Yorkshire Water since 2014. Its parent Kelda is part-owned by DWS Infrastructure.

DWS last week formally lodged a 105p-a-share offer for Stagecoach – gatecrashing an agreed all-share tie-up between Stagecoach and National Express, which was already being examined by the competition watchdog. O’Toole, a former National Express executive, has picked up £364,000 for his role at Yorkshire Water and £430,000 at Stagecoach.

A Stagecoach spokesman said no one from the firm had solicited the approach from DWS. He added: ‘The Stagecoach board was unanimous in its decision to recommend the DWS Infrastructure offer and it has detailed procedures in place to ensure appropriate management of corporate governance.

‘Decisions by the Stagecoach board, including the independent non-executive directors, were also taken with advice from suitably experienced external advisers.’

The Mail on Sunday revealed last week that DWS has paid virtually no tax on two of its major UK assets, Yorkshire Water and Peel Ports.

harrry
Previous article
Globalisation is NOT dead, insists Mark Mobius
Next article
Are You There God? It’s Me Margaret Trailer Brings Blume Classic To Life