The financier who helped broker the takeover of Newcastle United Football Club has hit back in a bitter legal battle with billionaire Mike Ashley.

In court papers seen by the Daily Mail, Amanda Staveley described some of the claims against her as ’embarrassing’ and ‘irrelevant’ in a fierce defence against the Sports Direct founder and retail tycoon.

Ashley is suing her and her husband Mehrdad Ghodoussi through his firm St James Holdings for allegedly making ‘highly critical’ public statements about his tenure as Newcastle owner. 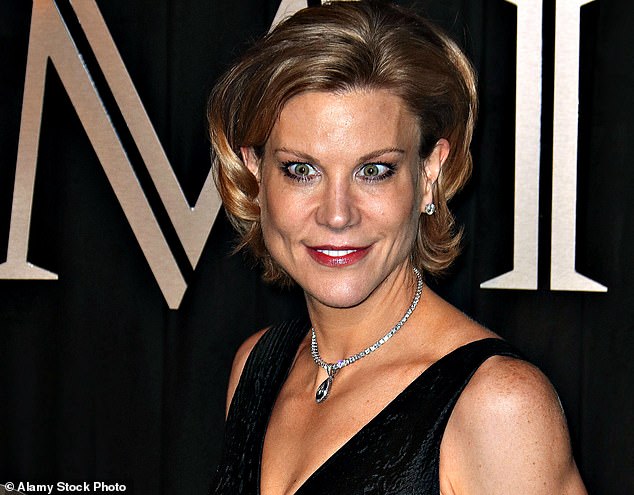 They relate to Staveley’s comments about the removal of Sports Direct hoardings at Newcastle’s St James’ Park stadium.

In November, she said she was ‘looking forward’ to the signs coming down and that it was a ‘slight frustration’ not being able to take a photo in the arena without a Sports Direct sign in it.

However, she has claimed the comments were made in response to ‘repeated questioning’ from journalists and were in the context of the Premier League’s temporary ban on owner-related sponsorship.

She said that by removing the signs, the club could raise cash from new sponsors.

It has been alleged that her actions led to a breach of a £10million loan from Ashley. The agreement required Staveley and Ghodoussi not to ‘put him down in public’.

The Mail understands from Staveley’s defence that Ashley requested this clause be included just three days before the takeover was complete.

His long reign at Newcastle was controversial, and fans regularly rallied against his management of the club.

However, Staveley has rebuffed claims she made ‘critical’ comments of Ashley’s tenure as Newcastle owner and denied suggesting that the business magnate made ‘insufficient investments’ in the club.

These form part of a flurry of denials from Staveley, with court documents highlighting the breakdown in relations just months after they agreed a £300million takeover.

A group of investors, including the Saudi Public Investment Fund and Staveley’s PCP Capital Partners, bought the club in October. Staveley, who is on the board, purchased a 10 per cent stake.

She admits that Ashley provided a £10million loan to cover costs incurred in the transaction, but has rejected calls for ‘immediate repayment’.

Details of sponsorship payments to Newcastle from Sports Direct and designer fashion chain Flannels – another Ashley firm – have also been disclosed by Staveley’s lawyers.

They claim the new owners discovered only after the transaction that Newcastle had ‘not received any sponsorship fees in respect of the Sports Direct or Flannels signage for the 2019/20, 2020/21 or 2021/22 seasons’.

The issue of sponsorship rights was first mentioned in Ashley’s claim in December. In that, he said Newcastle’s new owners prematurely terminated an agreement with Sports Direct.

He said Staveley rowed back on an alleged assurance that she would ‘endeavour insofar as possible’ to maintain Sports Direct’s sponsorship deal until the end of the 2021-22 season in May. A month after the acquisition, Staveley told Ashley that the sponsorship would end.

Staveley has said the decision to end the sponsorship was in part due to the high street retailer ‘not paying any fees’ in return for its rights.

Legal papers state ‘there was self-evidently no commercial benefit in retaining the Sports Direct or Flannels signage’.

Staveley has also said the decision to remove the Sports Direct hoardings was one ‘for others to make’, stressing that the ‘club required new sponsorship’ to start bringing in revenue.

Another plank of Staveley’s defence relates to claims she fuelled an ‘atmosphere of animosity’ against Ashley among supporters and Press.

She said Ashley was ‘heavily and repeatedly’ criticised throughout his 14-year reign, and not just once takeover negotiations started in 2017.

Accusations that she reneged on a deal to fund Ashley’s £4.5million legal bill from a takeover-related dispute were also contested.

She has denied personally making an ‘initial agreement’ to pay 100 per cent of Ashley’s legal costs, and claimed she did not have the authority to do so.

harrry
Previous articleGlencore sets aside £1bn to settle corruption and bribery probes
Next articleALEX BRUMMER: There’s no evidence S4 would do any better in New York