Steve Rowe stands down from top job at M&S: High Street giant claims to have appointed its first female chief… but has it really?

Marks & Spencer chief executive Steve Rowe is standing down after nearly 40 years at the retailer he joined at 15.

The 54-year-old started work at the company in 1983 and took the top job six years ago when he launched a radical transformation alongside chairman Archie Norman.

But in an unusually timed announcement yesterday afternoon, M&S said he would step down in May. 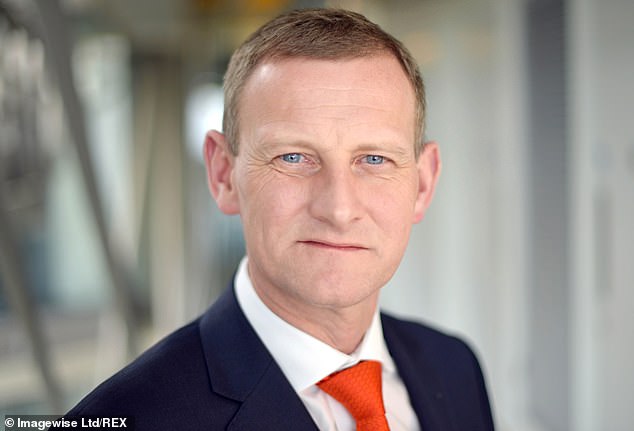 Stepping down: Steve Rowe (pictured) joined M&S in 1983 and took the top job six years ago when he launched a radical transformation alongside chairman Archie Norman

And in the same week as International Women’s Day, it appeared to appoint its first female boss, saying Katie Bickerstaffe would become co-chief executive.

But it drew criticism for naming Stuart Machin chief executive, with sources stressing the 51-year-old would be ultimately in charge of the business.

She said: ‘I strongly suspect they knew they wouldn’t get away with calling a man co-chief executive and it seems they weren’t quite brave enough to put their faith in Bickerstaffe.

‘I wonder, too, what the pay, bonus and benefits gap looks like between the two roles.’

Rowe followed in his father’s footsteps, joining M&S aged 15, packing knitwear on Saturdays. He rose through the ranks to become chief executive and held the post for six years.

Under his watch the 138-year-old retailer embarked on a radical transformation as it attempted to rebound from years of declining sales.

Alongside Norman, Rowe slimmed down M&S’s clothing department. He also saw M&S launch a joint venture with Ocado to sell its food and drink online. 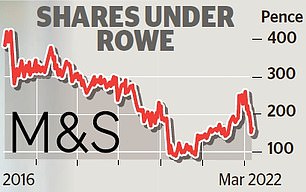 His turnaround plan was disrupted by Covid-induced lockdowns and M&S swung to its first ever annual loss in 2020.

But Rowe said the pandemic was an ‘inflection point’, allowing him to make drastic changes to adapt to online shopping.

And he said in November the ‘hard yards’ of his turnaround were showing results, hailing the beginning of the end of the firm’s long-term troubles.

Rowe has won praise as chief executive for knowing the company inside out, having worked in stores and across M&S management.

Black said: ‘I am delighted he is leaving a business on the up as it has taken a lot of sorting out, heavy lifting and hard yards.

‘He has spent all his working life at M&S and seen through the major change program. Last year was a major inflection point for it and I am delighted he is leaving behind a business which is on the up.’ 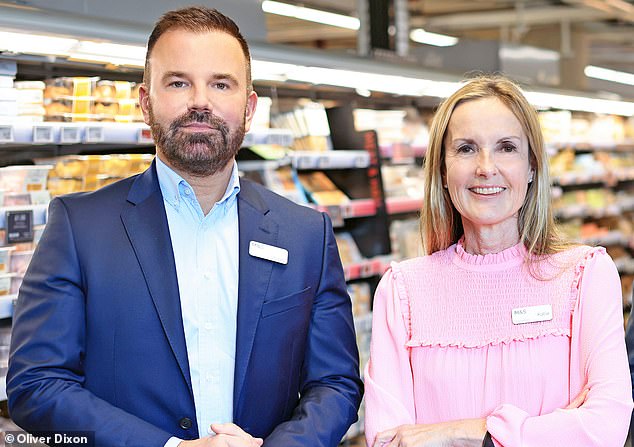 Change at the top: Stuart Machin with Katie Bickerstaffe who joined M&S in 2020 having served as chief executive of Dixons Carphone

Rowe will step down when M&S announces its annual results in May, and leave the company a year later. He said: ‘It has been an enormous privilege to lead the business I love and have spent almost all my career working for.

‘Leaving will be in many ways very difficult for me but I feel that after six hard years it is the right time to pass on the baton.’

Bickerstaffe joined M&S in 2020 having served as chief executive of Dixons Carphone.

She oversees clothing and home and has played a key role driving online growth through the Brands at M&S strategy.

The retailer’s 40 guest brands attract new customers to the website and encourage people to shop more often. It features clothing from Fat Face and Joules.

And M&S has announced a slew of partnerships recently including teaming up with skincare and make-up brand Clinique and taking a 25 per cent stake in trendy womenswear brand Nobody’s Child.

Machin is chief operating officer and managing director of its food arm, and joined M&S in 2018.

She said: ‘Something has finally clicked. You can feel it when you walk into a store or browse the website and Stuart Machin and Katie Bickerstaffe will need to work hard and work fast to prove they’ve got a little magic of their own.’