Jones snubbed London for the US, where the firm makes a chunk of its revenues and investors were more likely to stomach his souped-up voting rights. 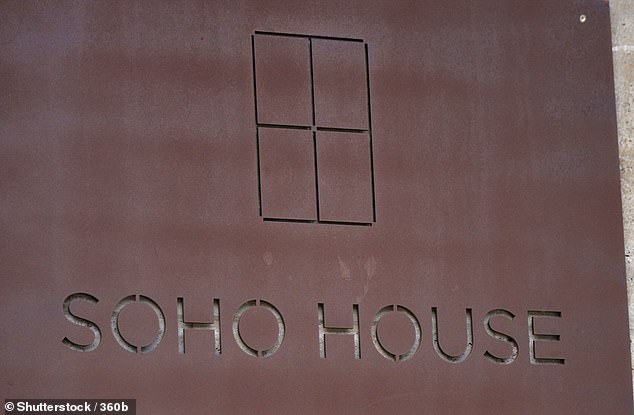 The float enabled it to cut debt and turbo-charge its global ambitions. It hoped investors would buy into the story of a post-pandemic trend for members to work flexibly from its clubs.

But the stock doesn’t appear to have won over Wall Street.

The shares floated at $14 and now sit at $8.25, down 27 per cent in the past month alone, hurting shareholders including US billionaire Ron Burkle.

Goldman Sachs is advising clients to sell. Perhaps London would have been more receptive, Nick?

Look out for positive update from AIM-listed Insig AI

The Mail on Sunday hears Insig has landed a spot on accountancy giant PwC’s programme to develop financial technology services, using its software with clients.

A big fish for a stock market tiddler.

Gooners with a taste for investing may be intrigued to learn that former Arsenal managing director Keith Edelman is leading an imminent listing on the Aquis exchange.

The City veteran and chairman of Revolution Bars has been made chairman of cannabis investment firm Canna Capital, which plans to raise £5million in a flotation.

The firm was launched last summer to invest in start-ups and early-stage firms in the medical cannabis sector, legalised by the Government in 2018.

The firm, led by hemp entrepreneur Adhum Carter, has a strict policy of non-investment in recreational use.

It becomes the latest in a string of cannabis firms to list in London in what is dubbed a ‘green rush’, including Oxford Cannabinoid Technologies, which raised £16.5million in May last year.

Engine under Rolls-Royce’s shares is spluttering

The engine under Rolls-Royce’s shares is spluttering and last autumn’s gains are all but wiped out.

New chairwoman Anita Frew is trying to reposition its board away from aviation after criticism from its biggest shareholder, Causeway Capital.

The brainchild of former Millennium Capital stock-picker Michael Cowley, it has taken a £52million short position, the first disclosed short since Rolls secured £5billion in a cash call in 2020.

harrry
Previous articleCevian Capital shaking up the City with a Scandi style of activism
Next articleFashion Bomber of the Week: Jermaine Richards