Last week, its offices in the Shard skyscraper were raided as part of an ongoing competition investigation.

The Competition and Markets Authority is probing the relationship between Mitie and US firm PAE after the Home Office raised concerns. 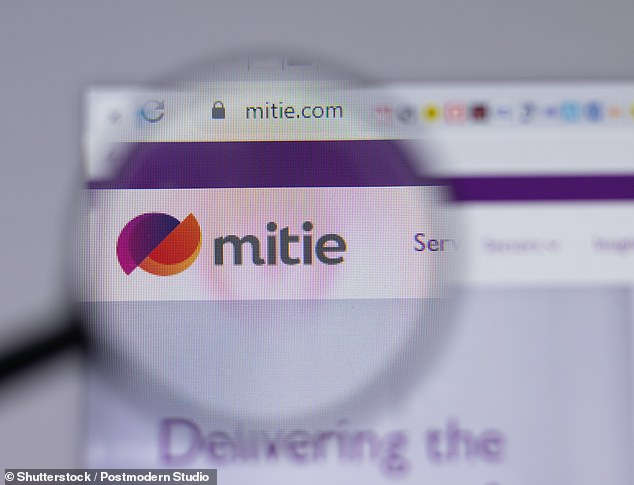 Now I can reveal that Kath Fontana, its managing director for government accounts, has left the firm. Fontana is a veteran in managing big contracts and only joined in 2019.

She made headlines last year when, as president of the Royal Institution of Chartered Surveyors, she was one of four directors to stand down following a governance scandal.

Senior Mitie sources said Fontana was let go to cut costs as she was ‘expensive’, and her departure was ‘completely unrelated’ to the CMA investigation.

It is understood strategic alliance director Duncan Dodd-Hughes will take on some of her duties.

Online greetings card seller Moonpig has had little to write home about since last year’s stock market flotation, with shares down 45 per cent.

Analysts are now concerned that inflation may deter shoppers from buying flowers and chocolates with their card orders.

This week’s trading update should indicate whether it can hit the £280million of sales being forecast by industry watchers.

Short-sellers up bets in Royal Mail

The Mail on Sunday reported last week that short-sellers were targeting Royal Mail.

Two of them – Marshall Wace and Citadel – have upped their bets in recent days.

Among analysts’ concerns for the stock are union demands for a pay rise to help posties battling rising bills. That bust-up is far from over.

At a meeting of postal workers in Liverpool, Communication Workers Union deputy general secretary Terry Pullinger hit out at the board.

In a subsequent letter to chief executive Simon Thompson, he claims the firm ‘rushed’ to make a £400million reward to investors ‘yet when it comes to our members they are dragging their heels’.

This will rumble on.

BioNTech has had a remarkable two years – developing the Covid vaccine used across the world in partnership with US giant Pfizer.

Now the German biotech business and fellow Covid jab upstart Moderna face the challenge of deciding where to invest the proceeds and how to reward shareholders.

BioNTech has announced a €2billion (£1.7billion) plan to benefit investors through a buyback and a €486million special dividend.

That will give its British chief commercial officer Sean Marett a €1.14million windfall to accompany his €2.5million pay packet and stock which is worth a healthy $119million (£91million).

Ugur Sahin, the German oncologist who co-founded the business, holds stock worth $7.1billion.