Following Russia’s invasion of Ukraine, The Mail on Sunday looks at the impact this conflict will have on your personal finances – and considers the budgeting steps you can take to mitigate it.

How will the invasion hit your cost of living?

The biggest change most households will notice is on their energy bills. With a cap on charges being lifted in April, we already expected average bills to rise 54 per cent to almost £2,000 a year.

Experts now predict that prices could rise again by a third – perhaps adding up to £700 to an average annual bill.

This will drip feed into gas and electric bills over the coming weeks and months. By October, we could be paying twice as much for our energy as we do now. 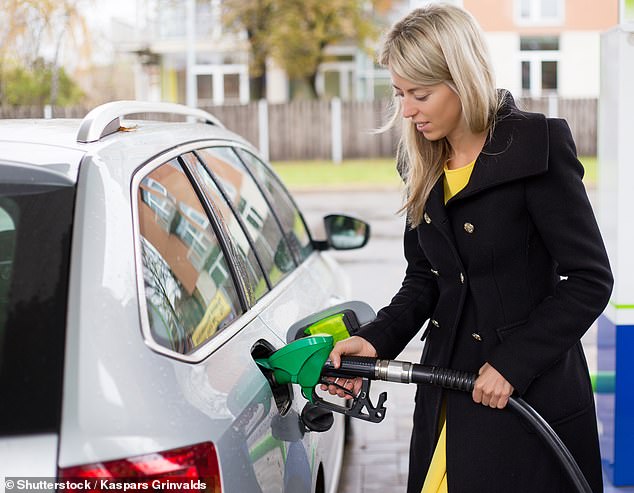 Impact: Petrol could rise to £1.70 a litre as the cost of crude oil soars

Why are Britain’s energy bills so badly affected?

The UK imports less than 5 per cent of its natural gas from Russia, so can survive without it thanks to gas reserves and other markets.

But our European allies are far more reliant – and unfortunately, the price for gas is affected by the global wholesale market.

Russia accounts for 65 per cent of Germany’s natural gas imports and for the European Union the figure is 40 per cent.

Wholesale gas prices rose immediately by 13 per cent in Europe – and 9 per cent in the UK when the invasion started last week. Germany halted approval for a Nord Stream 2 gas pipeline from Russia.

What can we do to combat the energy bill hike?

Little in terms of combating soaring tariffs, lots in terms of making our homes more energy efficient. Better home insulation and less energy waste is a good starting point – these can cut bills by 15 per cent.

Begin by checking out your loft. Laying 10cm-thick insulation rolls over the entire attic floor will cost on average £250, but will pay for itself within a year thanks to the amount of heat no longer lost through the roof. Visit website Energy Saving Trust for advice on this and other ideas.

A £200 ‘discount’ on energy bills will be paid automatically in instalments from October this year – plus a £150 council tax rebate for those in bands A to D.

What about prices at the petrol pumps?

The cost of unleaded petrol broke through £1.50 a litre last week. Unfortunately, it may not stop there and we could be heading towards £1.70 a litre.

Simon Williams, of motoring organisation RAC, says: ‘The question now is at what price petrol will settle at and when? It will cause particular financial hardship for those relying on cars for work.’

Many will now pay more than £90 to fill up their petrol tank – £10 more than they might have paid to fill up at the start of this month.

Why is the impact on fuel prices so large?

Russia is one of the world’s largest producers of crude oil – much of which gets refined into petrol and diesel.

While the majority of our oil comes from North Sea fields controlled by Britain and Norway, the cost – just like with gas – is dictated by the global market price.

The cost of a 159-litre barrel of crude oil soared past $105 following the invasion last week.

Last December, the price was close to $70 a barrel. Analysts now fear oil could rise to as high as $140 a barrel as supplies are disrupted due to the Russian conflict. Retailers will be quick to pass on any wholesale price hikes to motorists.

How can I lower my car fuel costs?

Motorists will have to plan their trips more carefully – and when they need to fill up, make sure they are not overpaying.

The difference between paying through the nose at a motorway service station or getting cheap fuel at a supermarket is as much as 20p a litre – the same as the extra amount we may have to pay at the petrol pumps as a result of the Russian invasion.

Free app PetrolPrices shows the price of petrol at local filling stations. Also, think about how you drive. Less aggressive driving will knock 25 per cent off your fuel bill.

Consider sharing car journeys with neighbours. Websites such as Liftshare can help commuters find people living nearby who are happy to share car journeys to and from work. Longer term, contemplate an electric vehicle.

Are there any other nasty surprises in store?

The price of groceries at the supermarket is expected to keep creeping up. Inflation is already 5.5 per cent but is likely to rise further in the coming months. Maike Currie, investment director at fund manager Fidelity International, says: ‘There are fears inflation of 7 per cent is on the horizon and could stay with us for a while. This will hit the poorest hardest.’

If we get 7 per cent inflation, a £40 weekly shop will become £43 for the same basket of goods. Ukraine is ‘the breadbasket of Europe’ – exporting 40 per cent of its grain. Although this does not get sent to Britain, global supply restrictions to other markets could have an impact. The cost of imported pasta – which is made from wheat – could also go up.

Transport costs make up as much as 5 per cent of the cost of food – and will be hit by rising fuel prices. Plastics are made from crude oil and are used in everything – packaging, clothes and electric appliances – that will also rise in price.

Could it be less safe shopping online?

Security experts fear cyberattacks from Russia are on the horizon. GCHQ’s National Cyber Security Centre is urging British firms to ‘bolster their online defences’. Problems that could occur include online banking being suspended and shopping websites going down.

There is also a fear that hackers could even try to infiltrate vulnerable computer systems and steal personal information. There is no need to be alarmed – just be vigilant. Be wary of email attachments and do not click on links in unsolicited messages.

You can download free security software on to your computer from the likes of Avira and Sophos.

What about the cost of holidays abroad?

The airlines hedge the cost of aviation fuel, paying a price previously agreed rather than the current rate. So there should not be an immediate impact on your holiday costs. But holidaymakers already face a 25 per cent rise this summer because of the rising cost of jet fuel and the Ukraine crisis can only add to this.

Higher energy, fuel and shopping bills are going to eat into your household budget. Perhaps now is the time to take stock of any vacation plans. Some of the cash previously earmarked for a luxury break may now be needed for day-to-day spending. So consider a cheaper holiday.

harrry
Previous articleThe Best of the Fall Collections 2021
Next articleCharter.net: How to Login To Charter.net Webmail & Reset Password