Storm damage? Vet tradesmen before employing them to do any work


Storm damage? Vet tradesmen before employing them to do any repair work and don’t rely on find-a-trader website


Homeowners whose properties were damaged in the recent storms are being warned to vet tradesmen before employing them to do any repair work – and not to rely on the mere fact that they appear on a find-a-trader website.

Mike Edwards, founder of home improvement website DIY Doctor, says: ‘It’s madness to hand over responsibility for someone to do repairs who you simply found on a website without doing your own checks first.’

He adds: ‘Although a majority of these tradesmen are reputable, you must remember the websites are funded by membership fees – and are effectively a marketing tool.’ 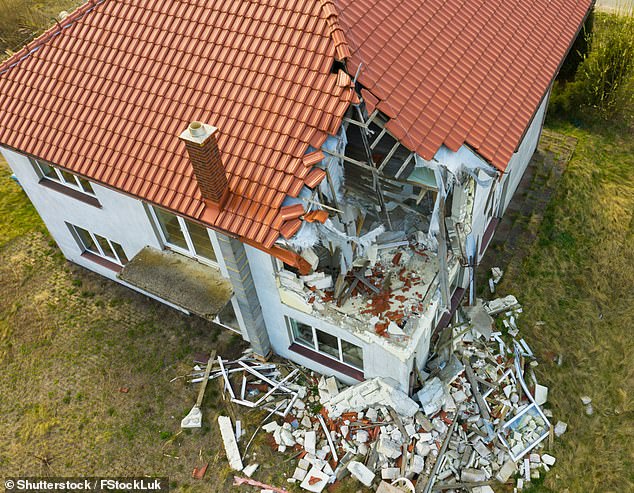 Damage limitation: Vet tradesmen before employing them to do any repair work

Research by The Mail on Sunday has discovered that although find-a-trader websites screen members, cowboys can slip through the net.

Users should also be aware that the websites such as TrustATrader, Checkatrade, MyBuilder, Rated People and Which? Trusted Trader charge tradesmen as much as £800 a year to be on their lists.

Such websites are not to be confused with trade organisations or the only Government-approved scheme TrustMark, where members must pass a range of quality checks made by independent assessors before being allowed to use a TrustMark logo to promote their firm.

Its checks are far more rigorous than those done by find-a-trader websites, where membership fees are a priority and the vetting process is often little more than checking at least half the positive reviews a company receives are genuine – and not fakes. Edwards says: ‘Rather than using a website whose job is to promote its members, you might first consider having a go at repairs yourself. A broken fence can look a big job but websites such as ours offer practical help on how to plant posts and put up panels.’

For those not able to tackle the job themselves, Edwards suggests asking a neighbour or friend for someone they might recommend – and to then personally check on the quality of their work. He also says you should ask a tradesman for three references whom you can call to ask about the quality of work done. You should also seek out local tradesmen with the TrustMark accreditation – which hopefully means you are guaranteed not to be ripped off. It covers trades such as builders, plumbers, roofers, electricians and plasterers. Those who pass its tests pay £114 a year to use the logo.

Sue Beeson, of TrustMark, says: ‘We not only have strict standards of work members must abide by, but we are also signed up to the Dispute Resolution Ombudsman that provides an independent arbitration service if there is any disagreement over quality of work done.’

Membership of a trade organisation is also a signal that a firm offers a decent quality of service. Electrician-approved groups to look out for include the National Inspection Council for Electrical Installation Contracting. For gas fitters, seek out a Gas Safe Register accredited worker and for builders a Federation of Master Builders member.

Anna Alexander, from London, hired a builder through a personal recommendation to pave her driveway, render the house and do electrical work in her bathroom. But once the job was completed, slabs on the drive cracked, rendering fell off the house, and the bathroom fan was not connected so that air could flow to outside the house.

Anna says: ‘The builder said he would repay me – but never did. So I took him to county court and won.’ She was awarded the maximum £7,100 including costs in November 2018. But in September 2020 she found his business on

MyBuilder, even using photos of her bathroom as an example of the builder’s ‘great’ work. She told the website – which has since removed the trader – but it was unable to explain how he passed its vetting process. MyBuilder said it makes robust background checks and skills-based assessments that up to a third of applicants fail. It said: ‘When an issue is brought to our attention we take appropriate action.’

Gary McEwen, chief executive of TrustATrader, says websites such as his are doing ‘everything we can’ to vet tradesmen and deal with complaints. Out of 200,000 jobs completed a month, he says complaints number no more than a hundred.

harrry
Previous articleJEFF PRESTRIDGE: Safe Hands must live up to its name on funerals
Next articleLearn your lines: Stripes of all types are back in fashion