Younger drivers are shunning telematics car insurance because of an unwillingness to give up privacy, new data shows.

Despite huge savings on offer to under 25s, three in five are not interested in having a black box in the car monitoring driving habits.

The main reason is not feeling comfortable sharing their driving data with insurers – 55 per cent of drivers aged 21-24 said this, and two in five under 21s.

It highlights the high price some are willing to pay for their freedom when first driving – two thirds of drivers aged under 20 could half their annual cost and save an average of £1,137 per year, according to Compare the Market. 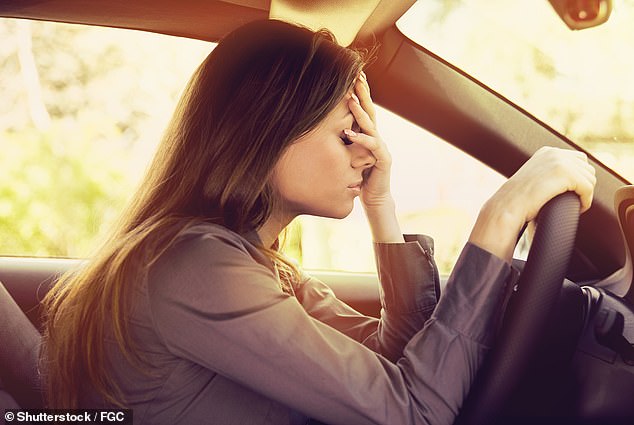 Big Brother: Two in five drivers under 21 said personal privacy was the main reason against telematics policies, despite 58% agreeing that they make driving more affordable

Telematics premiums are the cheapest insurance option for four in five drivers aged under 20 and two thirds of drivers aged 21 to 24 years old, the comparison website says.

It comes at a time when many are happy to give up their personal data in an increasingly technological world, including signing up for apps without checking permissions or the fine print, but it appears they draw the line at real world driving.

The average cost of a telematics premium comes in at £1,091 per year. This compares to a £673 on average for all premiums. Typically, the younger your age group, the higher the cost of cover.

Telematics policies are targeted to younger drivers as car insurance is pricier, due to inexperience and increased likelihood of speeding.

A telematics policy means having a small device fitted to your car which measures how well you drive including how fast you are going, how far you drive, and how heavy your braking is.

In theory, the device can prove to your insurer that you are a safe driver, which could lower your premiums sooner.

The proportion of quotes where telematics premiums are cheaper declines as drivers become older, however, some can still benefit from hundreds in savings.

It’s likely to benefit those who have just passed their test more than others.

On average, savings for choosing a telematics premium over a regular policy is £388 for those aged 21 to 24, and £264 for drivers aged below 30.

Alex Hasty, director at Compare the Market, said: ‘As the cost of driving increases with higher fuel and insurance costs, young drivers may wish to consider swapping to a telematics policy.

‘These policies are usually aimed at young people and students which is why the policies can be cheaper for what is considered a higher risk age group.

‘The idea is to encourage safe driving, which could also help younger drivers get more affordable car insurance.

‘Telematics can also provide the same benefits to other motorists who might be classed as high risk, including elderly drivers or drivers with convictions.

‘Telematics policies can offer many benefits, including a discount on your premium for sensible driving, a smoother claims process after an incident, and GPS technology that can be used by emergency services to find your car.

‘However, if you’re considered an unsafe driver, you may face higher premiums when you come to renew your insurance and, if your driving is considered dangerous, your insurer may cancel your policy.’

Alongside this, separate research by Compare the Market suggests that the cost of running a car for a young driver has increased by an average of £163 in the past six months.

There are now concerns that driving is becoming increasingly unaffordable for many young people, despite a majority choosing against insurance policies offering thousands of pounds in discounts.

Drivers aged below 25 typically pay the most for car insurance as the average annual car insurance premium for a young driver now stands at £1,154, 9 per cent more than the start of 2021.

Compare the Market s also calling on the government to scrap insurance premium tax on policies for young adults. The so-called ‘youth mobility tax’ reportedly adds an average of £123 to premiums for under 25s.

IPT is levied on insurers by the government as a proportion of a person’s premium, which is then passed on to consumers, currently at a rate of 12%.

It’s been reported that the government is considering clamping down on IPT ‘loopholes’, however Compare the Market said the system remains unfair for young people who pay far more than the rest of the population.