Tesla now one of the world’s top Bitcoin investors with a £1.5bn stake


Tesla now one of the world’s biggest Bitcoin investors with a £1.5bn stake in the digital currency 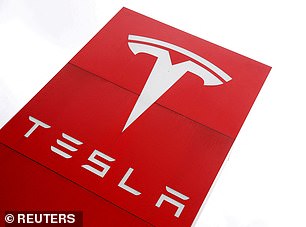 Tesla owned nearly £1.5billion in bitcoin at the end of last year, making it one of the world’s biggest investors in the digital currency.

The electric car maker initially invested in bitcoin in the first quarter of 2021. At the time, Tesla’s boss Elon Musk, the world’s richest man, said the company would accept the crypto-currency as payment.

However, he later backtracked on the plans amid concerns about the environmental impact of Bitcoin mining, which consumes large amounts of electricity.

The revelation of its bitcoin holdings came as Tesla received a subpoena by US regulators to provide information on its governance processes.

It was issued after Musk in November asked Twitter users to vote on whether he should sell 10 per cent of his stake in Tesla.

Around 58 per cent of voters backed the plan, which was followed by several large share sales that made Musk billions.

harrry
Previous articleWhat Exactly Will the Kardashians’ Upcoming Hulu Series be About?
Next articleSydney Sweeney Looks Incredibly Chic While Walking Her Dog in LA