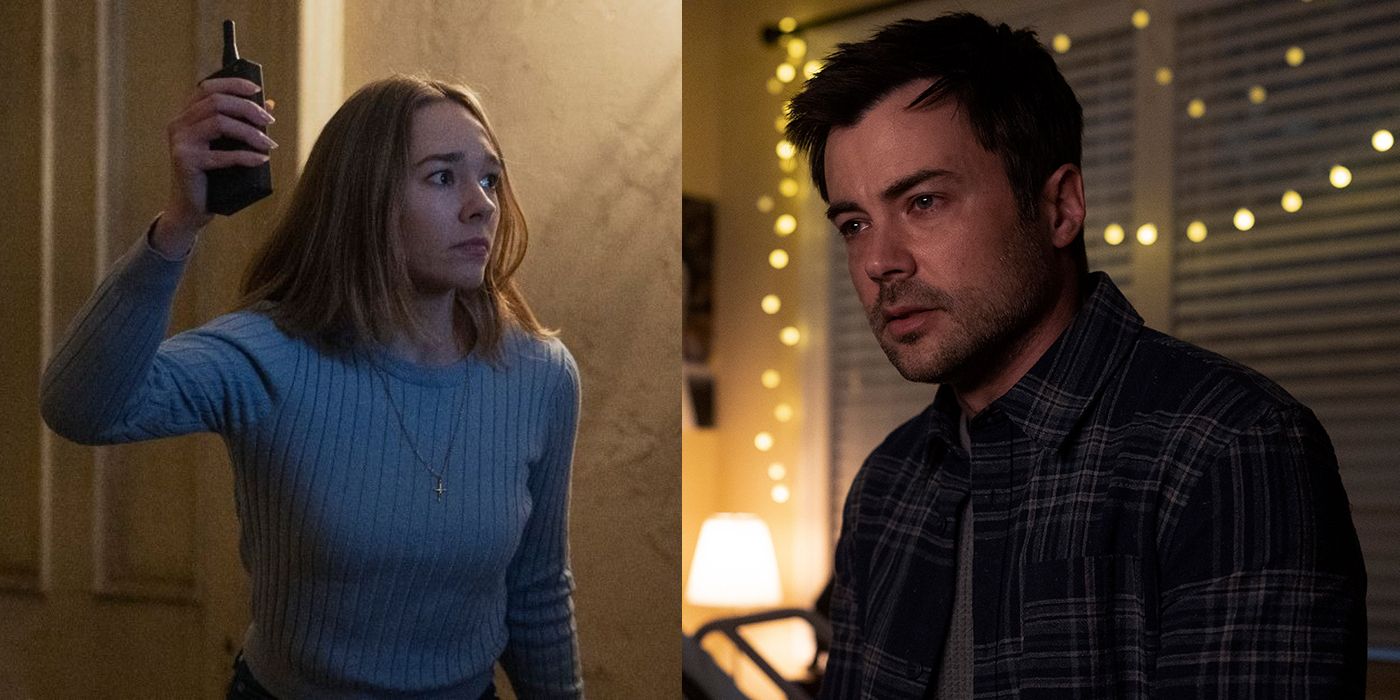 After a year-and-a-half wait, a cancelation, and plenty of theorizing, Manifest finally returned for the first half of its fourth and final season. While NBC canceled the show after three seasons, Netflix swept in and commissioned a fourth to give fans the closure they so desperately wanted from the supernatural drama.

It paid off thus far with the first 10 episodes, and Twitter has been afire with comments and reactions about the events and the cliffhanger mid-season ending.

Why Won’t You Just Die?

Any fan of Manifest can completely relate to this reaction about the final season and one of its most pivotal characters and the primary antagonist. It’s a testament to actor Holly Taylor’s performance that she portrays a character who is so universally loathed, fans are rooting for her to perish.

RELATED: MBTI Of The Main Characters On Manifest

Aside from the fact that fans cringe every time Eden calls Angelina “mommy” or she refers to her as such, the fact that she cheated death time and time again has been frustrating. From escaping a blown-up building and a fire, to even lying in the middle of the road, seriously injured, she simply won’t die. Fans are hoping fewer of the final episodes will focus on her character and Angelina will finally be eliminated so the main focus of the story can shift back to the other passengers.

Anna Ross Did What?

Fans initially wondered if Anna Ross was just another side story Flight 828 passenger who would join Ben in following a mutual Calling, never to be seen again. They were furious, however, as this reaction suggests, after discovering she was helping Angelina the whole time.

The fact that she went out with Ben, and saw the anguish in his eyes while helping him find the daughter she had been hiding in her own house, was unthinkable. The image says it all, along with the commentary to go with it. While Angelina is the subject of some of the weird and wild Manifest fan theories, she’s easily the most unlikable character on the show.

The budding friendship between Zeke and Cal was adorable. The closeness and why the two gravitated to one another was finally explained in the fourth season. The scenes between them combined with the flashbacks had fans sad and emotional.

While Zeke might have only been brought back to meet Michaela and help Cal, all part of a larger divine master plan, he ended up becoming close to everyone. He was Michaela’s world and his departure from the series will leave a huge hole in her heart.

Since the beginning, and particularly since Grace’s death, fans have been shipping Ben and Saanvi, both of whom have done some great things for the passengers on Manifest. The pair have chemistry and slight flirtations that suggest a mutual attraction. They are both just as deeply obsessed with figuring things out and share a love for science. There’s so much that fits with them.

So, as this Twitter reaction points out, one of the most quietly shocking moments from season 4 was when they shared a tender kiss. It was all part of a ruse, with Ben pretending she was his wife so they could gain access to a care facility. Nonetheless, it was like sparks flew and fans let out an audible cheer for the fleeting moment.

Sorry, I Have Plans

With fans having waited a year-and-a-half for the fourth and final season, initially thinking they wouldn’t even get one, it’s no surprise that many gobbled up all 10 episodes in the first half of the season in one sitting. As evidenced by this Tweet, some might even have canceled plans to do so.

The “plans” in question weren’t heading out for brunch or a night of partying. They were cozying up in front of the computer or TV and binging 10 hours straight of the show. Fans were eager to find out what would happen to all the main characters, why Cal miraculously aged five years, and what will come of the Death Date.

The season began with a heartbreaking story of a completely lost and depressed Ben, desperate to find his daughter Eden. Despite others telling him to give up hope and calling for her to be declared dead, he refused.

RELATED: The Best Fan Theories Ahead Of Manifest Season 4

He came so close to realizing his dream when he heard a little voice calling “daddy” only to discover it was a little boy whose father was injured. After saving the man’s life, Ben’s anguish while he watched the two reunited, safe, and happy, tugged at his heartstrings.

A lot of the Tweets about the final episode of the 10 relate to that huge event: the purported death of Zeke. While some fans found it a full-circle event for him, a catalyst for things to come for Michaela, and a bittersweet moment that saw Cal live, others weren’t so happy.

Zeke quickly became a fan-favorite character, a gentle yet troubled, guilt-ridden soul who found his perfect match in Michaela. Even knowing, and sensing through his empath abilities, that Michaela still had feelings for Jared – one of the low-key villains on Manifest – he was secure and happy in his life and his love for her and hers for him. So, seeing him go combined with the trauma his death will cause others, had fans like this one reeling.

Among the various Flight 828 passengers, everyone reacted differently to the circumstances and everyone came back to a different kind of life. But three passengers, in particular, are pinpointed as the most horrible villains, even if they are also among the best Flight 828 passengers on Manifest. Adrian starting a religious cult, Angelina kidnapping a child and murdering a woman, and Eagan holding Vance’s son at gunpoint, leading to the downfall of his once happy marriage, were all low points.

All three characters didn’t get much better in season 4 and, in some ways, got worse. They are selfish, deluded, and put every passenger at risk. So, this Tweet sums up feelings about them quite nicely.

One detail fans might have missed, and that is pointed out wonderfully in this Tweet, is that Zeke died on his Death Date. The day prior, the group celebrated he and Mick’s wedding anniversary. Fans will recall that he and Mick got married the day before he was supposed to die, with them marrying as a symbolic gesture and an act of hope. It worked out because he survived.

However, the fact that Zeke perished a day after their third wedding anniversary suggests that maybe there was something to the Death Date, even for Zeke. While he might not have died exactly a year after his escape from the cave, and he died under circumstances he could have avoided, he made the impossible choice. The discovery makes the scene even more heartbreaking.

This Twitter reaction perfectly sums up the final and most pivotal moment in the first 10 episodes: when Zeke’s true purpose is finally explained. He spends the entire first 10 episodes taking on the pain of others so that they can be free of it. He does it so much to the point of no longer being able to handle the pain and aggression he has absorbed.

So, when he finally realizes that his purpose as an empath was actually to fulfill one final piece of destiny, he comes to terms with it and does exactly what he was meant to do. It’s a bittersweet moment that likely had fans bawling right along with Michaela.

NEXT: Which Manifest Character Are You, Based On Your Zodiac Sign?

Denis Avahttps://bizgrows.com/
Denis Ava is mainly a business blogger who writes for Biz Grows. Rather than business blogs he loves to write and explore his talents in other niches such as fashion, technology, travelling,finance,etc.
Previous article
‘Dollface’ Star Esther Povitsky Doesn’t Shy Away from the Discomfort
Next article
Meadow Walker is Engaged to Louis Thornton Allen