Action-packed blockbusters can be fun, but some moviegoers long for an experience that touches their heart.The Banshees of Inisherin’s great audience response is a recent example of the power of interpersonal stories in film, with a relatable, touching story that makes audiences laugh and moves them to tears.

Well-crafted, well-acted movie dialogue can make viewers sad just by thinking about them, and Redditors discussed what they believed were the saddest movie quotes of all time. From fantasy epics to romance dramas, these films stunned their audiences with sad dialogue.

“All Those Moments Will Be Lost In Time, Like Tears In Rain.”

One Redditor describes Roy Batty’s soliloquy as “the greatest death monologue on film.” Just before dying, the Replicant describes the great expanse of human civilization that exists in Blade Runner, and describes his life and memories in this quote.

RELATED: The 10 Most Popular Movies Of The 1980s, According To Letterboxd

In a film all about human consciousness, with decades of theorizing about who is or isn’t a Replicant, Roy Batty suggests a humanity that Rick Deckard might not even possess. The scene and its accompanying music are extremely emotional and thought provoking.

“Each Man’s Life Touches So Many Other Lives, And When He Isn’t Around, He Leaves An Awful Hole.” 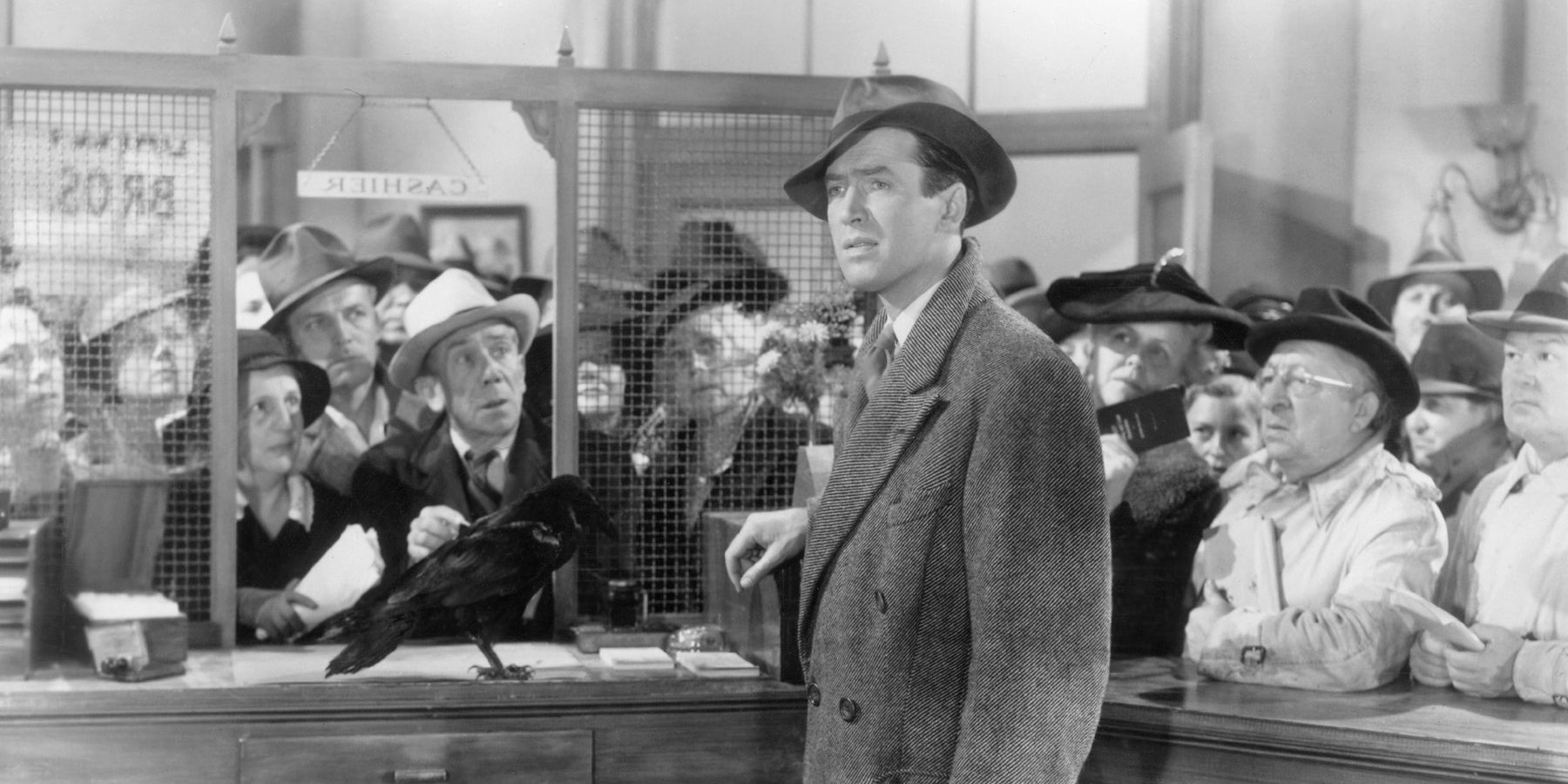 “I cry every year at this movie, and I’m looking forward to it again this year” says Redditor ForceGhostBuster, remarking on the profound and long term effect the 1946 drama has had on them. It’s a Wonderful Life has had an en emotional effect on audiences for nearly a century, as one of the most timeless movies ever.

The quote explains the ripple effect of George Bailey’s actions on people all around his town, and how his life was a force for good. Audiences have connected with its meaning about the importance of every individual’s life and actions, and how much life can be altered by one person’s death.

Picking one quote from Forrest Gump is so difficult, as there are a number of tear-jerkers and emotional moments throughout. Bubba’s last words before dying in Vietnam take the cake though. As one Redditor points out, “This was the first movie I ever watched as a kid that had even partially realistic war scenes, it broke me.”

With many audiences having viewed the film at a young age for the first time, Forrest Gump’s exploration of themes about life and death, even beyond its war scenes, are very prevalent. Bubba’s death is heartbreaking, and his last line only adds to the pain many feel watching it. There are a number of other great Forrest Gump quotes that are just as sad. 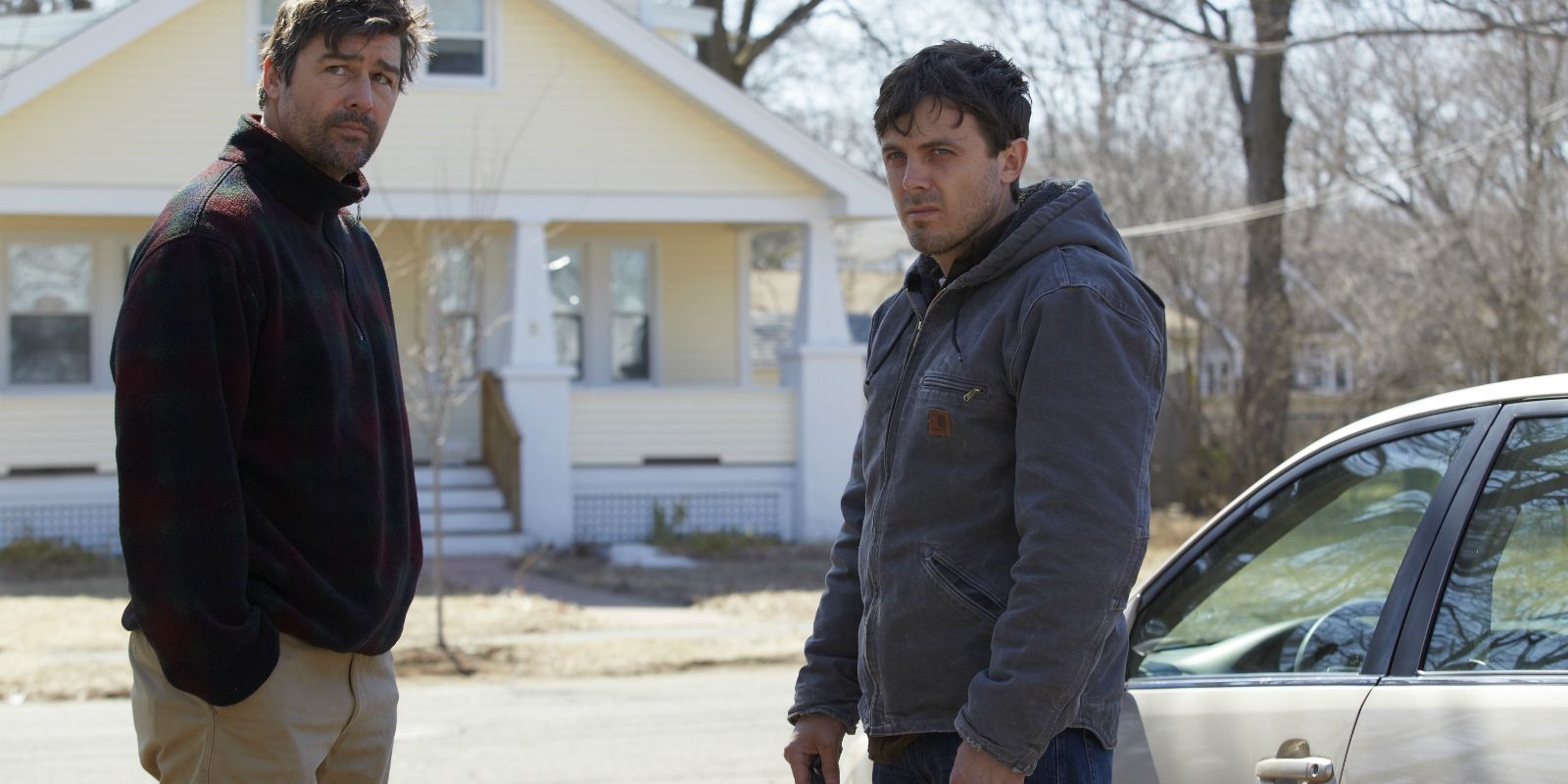 As described by Redditor imposingthanos, Manchester by the Sea is “a stark portrayal of depression.” From start to finish, the Kenneth Lonergan film is emotional, touching on difficult subjects of grief, depression, and trauma.

While many audiences may have expected an emotional catharsis, or to find Lee taking on Patrick and becoming a fatherly figure, the scene offers a more saddening route. It sees Lee submit to the trauma he’s faced, and admit to himself that he can’t beat it, making him unfit to be Patrick’s parent, despite being his last family.

“Sometimes I Think I’ve Felt Everything I’m Ever Going To Feel.” 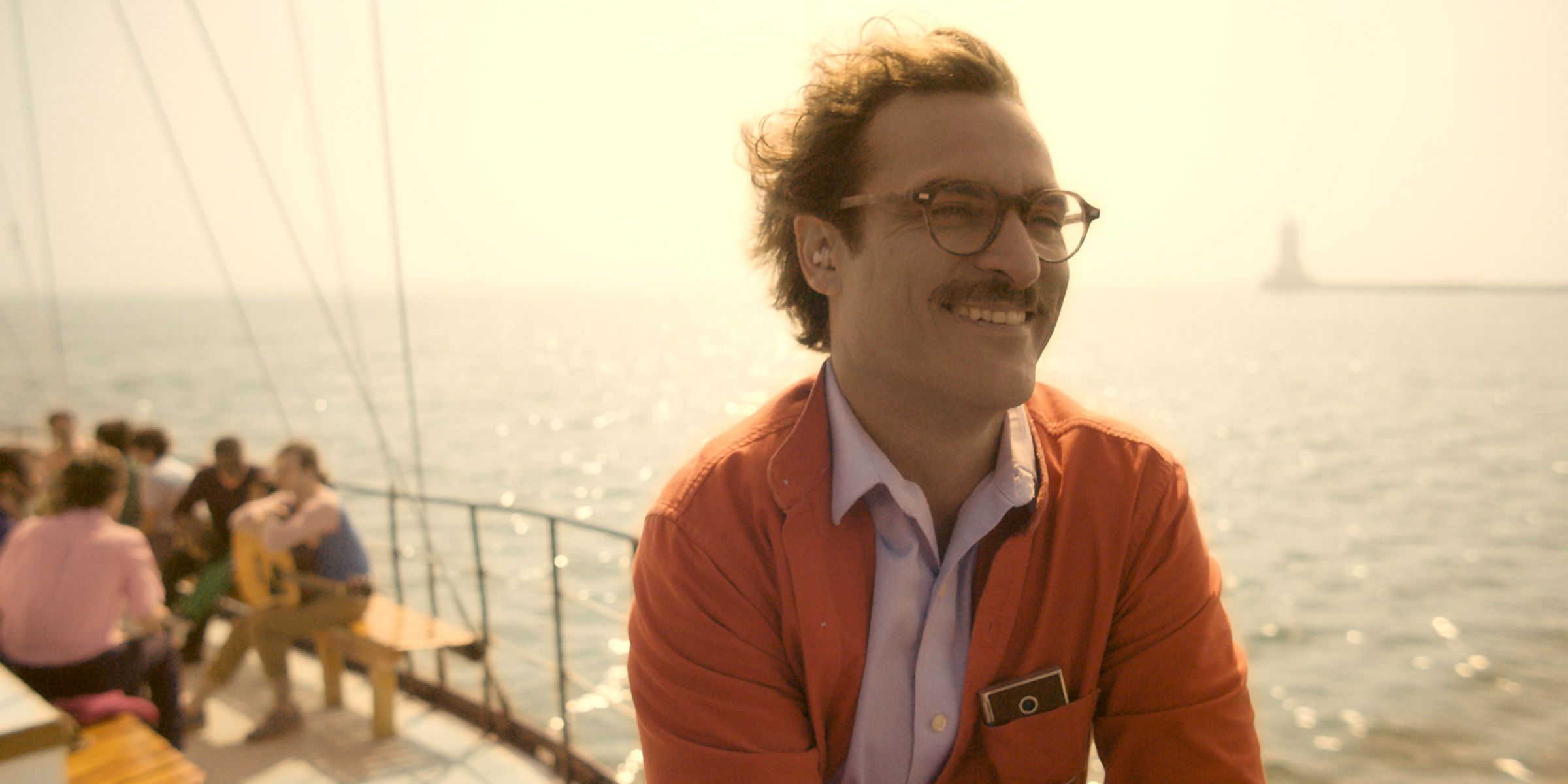 Her is a film that is strikingly real, despite revolving around a science fiction concept. The film offers some comedy, but its main strength is in its takes on life and romance that make it one of the best romance films to watch on Netflix.

Theodore captures the film’s melancholy when he says, “Sometimes I think I’ve felt everything I’m ever going to feel, and from here on out, I’m not going to feel anything new, just lesser versions of what I’ve already felt.” One Redditor describes the quote as “really painful to relate to when you’re in your 30’s.”

“I Don’t Like Being Left Behind. Now I’m The One Going Ahead.” 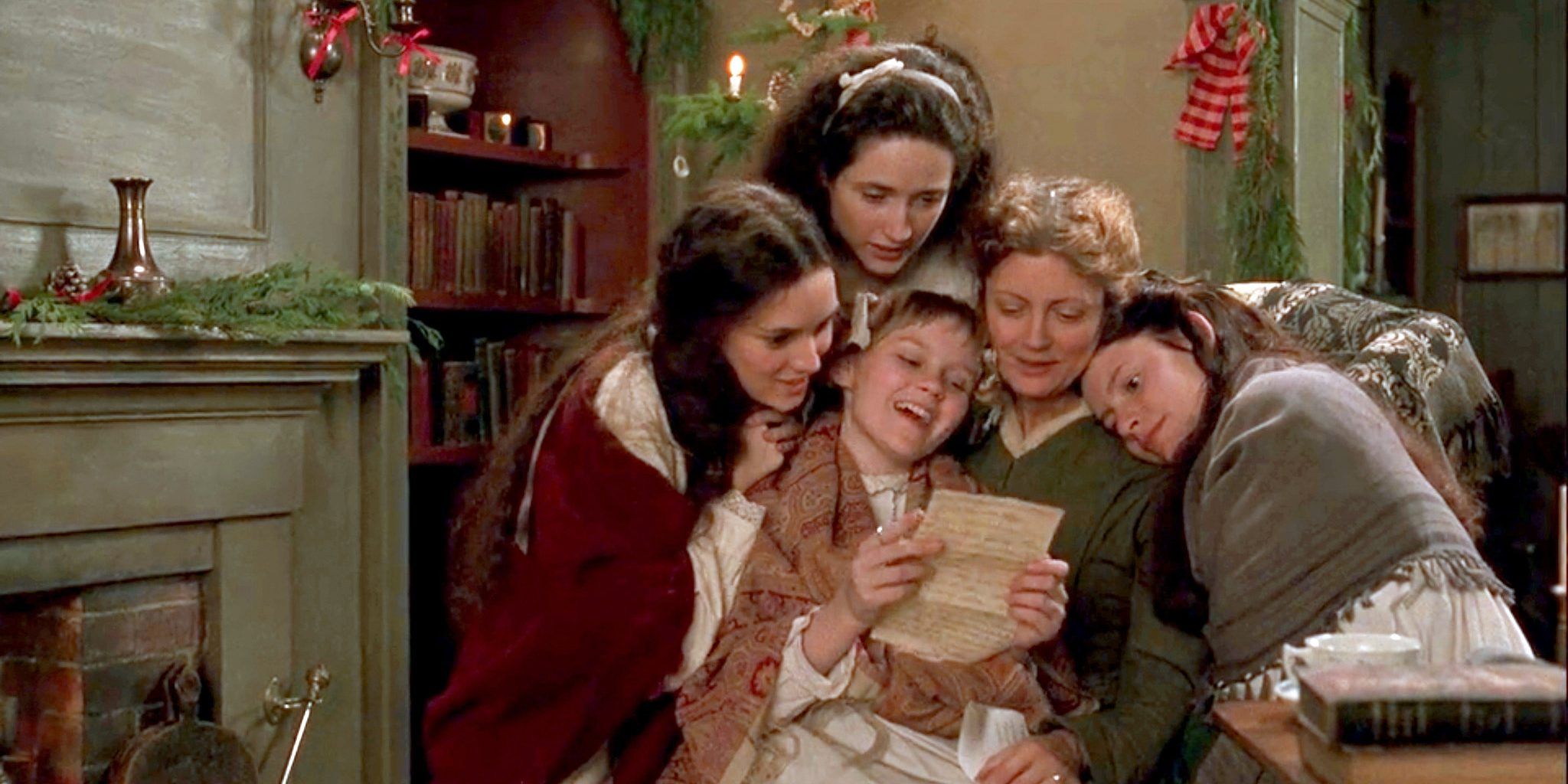 Little Women in any adaptation is an emotional film, but the moment that always tugs on the heartstrings of its audience is Beth’s death. In the 1994 adaptation, Claire Danes plays the character and the scene is devastating.

“No one breaks my heart does, like crying, Claire Danes does,” says Reddtor Fellinadawn, giving credit to the terrific performance. The quote on its own is heartbreaking, but the delivery by Danes sells it as a very saddening moment.

“I Would Have Followed You, My Brother, My Captain, My King.”

The Lord of the Rings trilogy is well known for its epic fantasy adventure, but beloved for its emotional characters. One of the first key deaths in the series is that of Boromir, who speaks his final words to Aragorn after his heroic and redeeming fall.

RELATED: 10 Harsh Realities of Rewatching The Lord Of The Rings

“Boromir is truly a great character and every time I rewatch Fellowship, this and other scenes always makes me cry,” describes Redditor Flat-Reply6596. While the impact of many sad quotes derives from a human connection, the sadness of this one comes from a great passion for the films and its characters.

“In Another Life, I Would Have Really Liked Just Doing Laundry And Taxes With You.”

Everything Everywhere All At Once (2022) 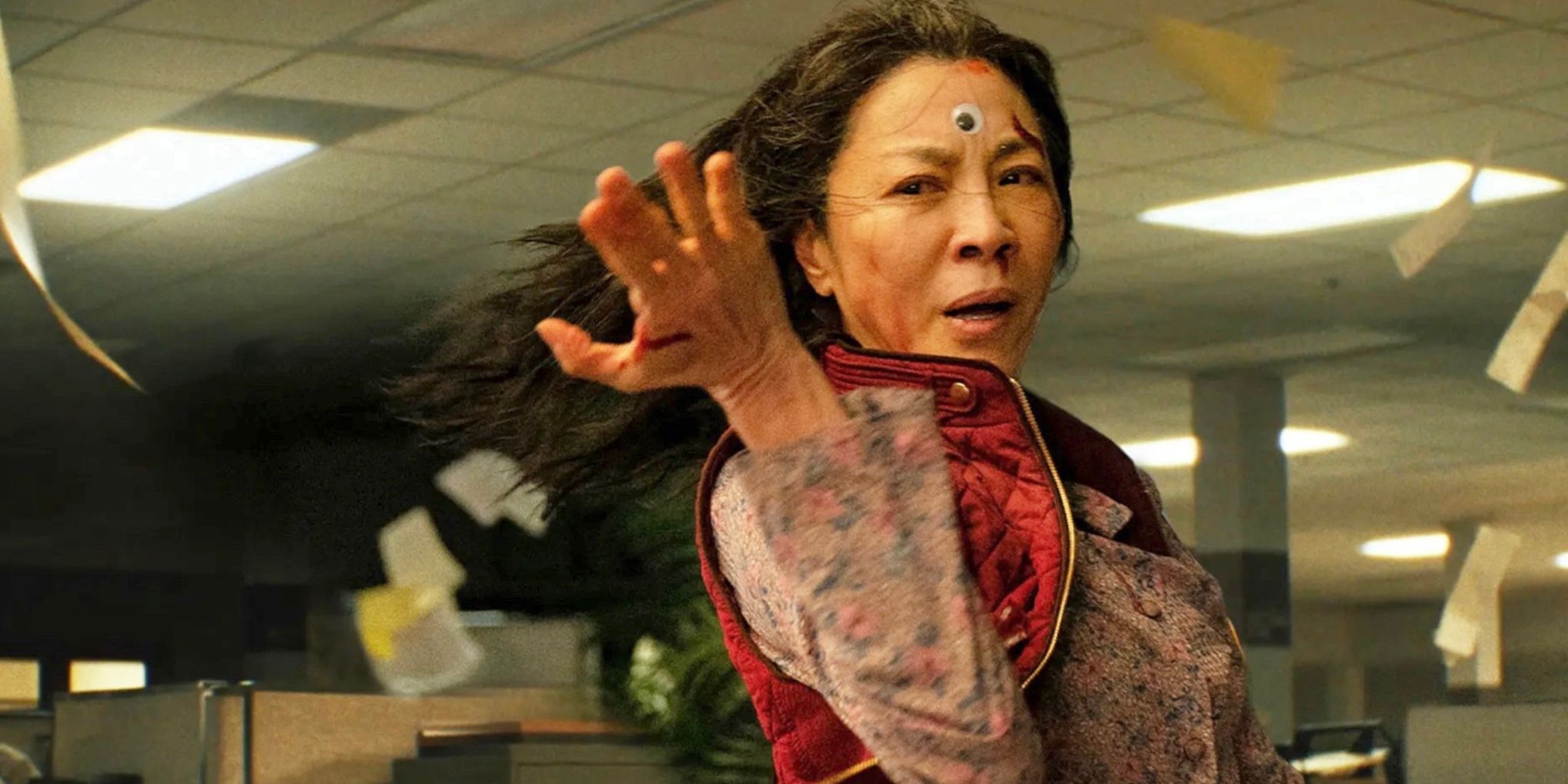 Everything Everywhere All At Once took movie audiences by storm in 2022, displaying an extremely relatable look at family life. “No family is perfect and the absolute chaos and randomness that happens within a family is captured so well in that movie,” describes Redditor teamswish123 about the quote.

The line represents the film’s themes about finding peace and appreciation for what one has in life, an ideal many audiences strive for. This alternate version of the characters shows a wealthier version, that lack the heart and love the main universe ones do. Despite their flaws as a family, they enjoy doing laundry and taxes if it means being with each other. The themes of the film quickly made it one of the most popular movies on Letterboxd.

“I Never Had Friends Later On Like The Ones I Had When I Was 12.” 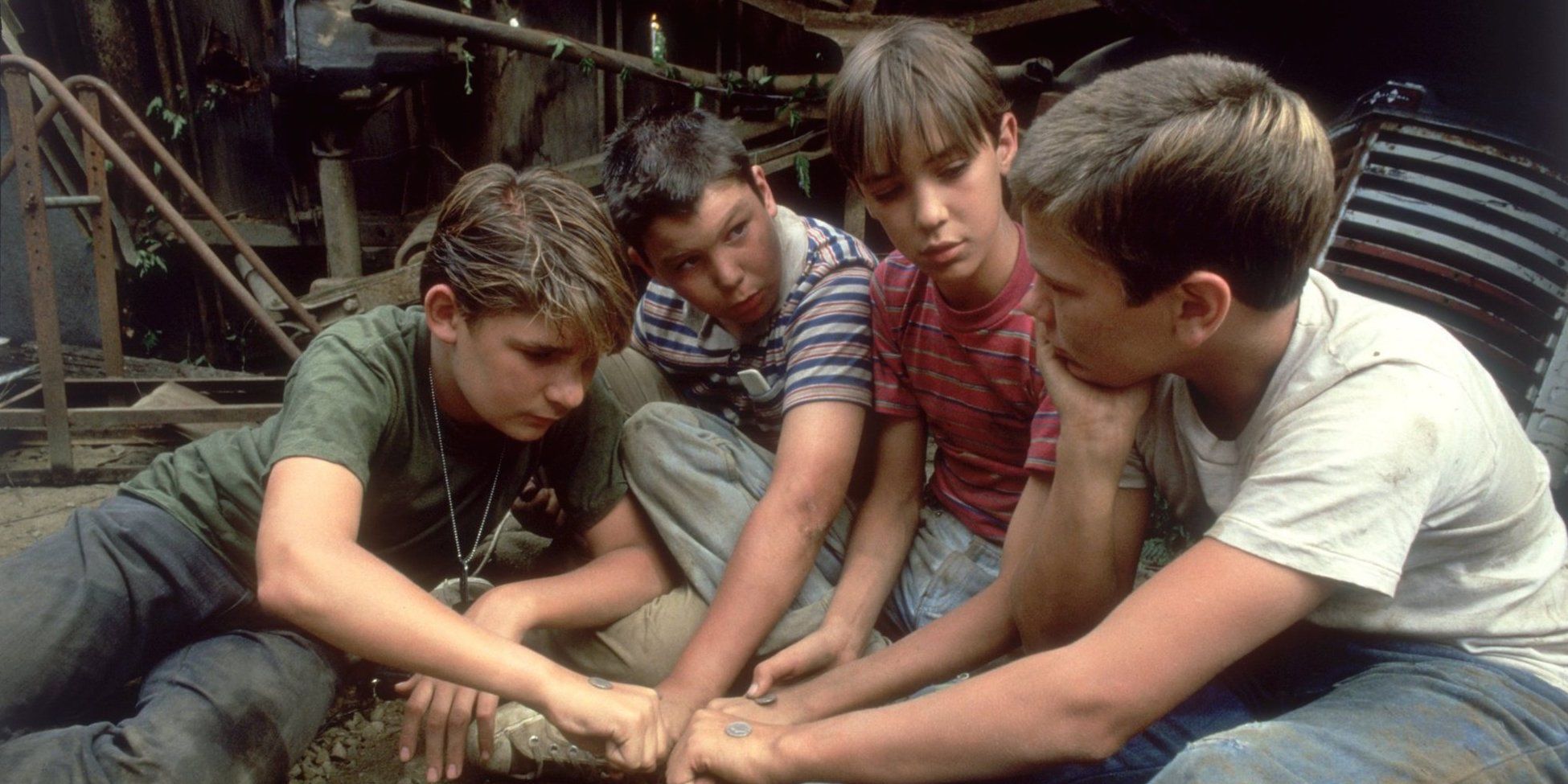 Stand By Me can be an emotional trip for many who remember a time of childhood innocence and adventure. As adults, the film and this quote still resonate. One Redditor says “That’s what I keep telling my 12 year old son,” suggesting that the quote is a valuable piece of advice about living in the moment and enjoying childhood while it lasts.

RELATED: 10 Great Movies To Get You In The Mood For Fall

“Let Your Heart Guide You. It Whispers, So Listen Closely.”

Sometimes, the most emotional movies are those connected to childhood nostalgia, and The Land Before Time is a classic-animated tale many will remember fondly. Like with The Lion King or Bambi, the film has an early, devastating scene that shows the death of Littlefoot’s mother, with the quote being her last words of advice.

The quote, along with the scene’s music are extremely powerful. “This kicked-in my chest unexpectedly and I actually can’t believe how raw and real the emotion still is,” describes Redditor nature_remains about the scene. The best and longest lasting kids movies take on new meaning as adults, and this classic film and its words have echoed through generations now.

NEXT:10 Best Dinosaurs From Animated Movies

Denis Avahttps://bizgrows.com/
Denis Ava is mainly a business blogger who writes for Biz Grows. Rather than business blogs he loves to write and explore his talents in other niches such as fashion, technology, travelling,finance,etc.
Previous article
The Most Surprising Models of Fashion Week Fall 2022
Next article
Will my mum’s spendthrift husband leave us with no inheritance?