The type of landlords who have been hardest hit by property tax changes have been revealed.

Among them are higher rate taxpayers who invest with a big mortgage. Previously, this was the most tax efficient way of investing in buy-to-let, but these investors have seen their income returns slashed by more than a half as a result of the stamp duty and tax relief on mortgage interest changes.

The findings are from research carried out exclusively by accountants Blick Rothenberg for MailOnline Property and ThisIsMoney.

He explained that these calculations do not factor in the capital growth of a property, but instead the income return. Many long-term landlords will have made big profits from house prices rising. 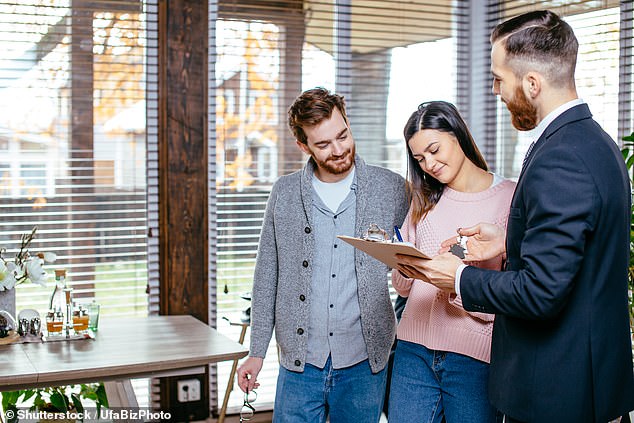 In 2016, the then Chancellor, George Osborne, introduced a stamp duty surcharge of 3 per cent on the purchase of second homes and buy-to-lets, and began to withdraw the full tax relief available on mortgage interest.

The stamp duty change meant much bigger tax bills at the point of purchasing a property, but the removal of mortgage interest tax relief created an ongoing erosion of returns.

Before this was introduced, landlords could deduct all mortgage interest from rental income and only pay tax on their difference, which amounted to their profits.

Under the new system, landlords must add rental income to their other income and pay income tax on the amount in full and then receive a basic rate tax credit at a maximum of 20 per cent of their mortgage interest.

This effectively means they are paying tax based on revenue not profits.

Blick Rothenberg’s research reveals who has lost out on the tax changes, and to what degree – with some landlords doing better than others.

For example, those landlords who are higher rate taxpayers and use a smaller deposit and bigger mortgage to invest in property have gone from being most tax efficient to hardest hit.

They have seen their returns fall by more than a half now that the effect of the full tax relief on mortgage interest has taken hold.

Combined with the capital gains tax that landlords already pay, the measures are a hard pill for landlords to swallow.

The tax relief reduction was phased in over four years and during that time, some landlords decided to quit the market.

Increased regulation of the sector, along with the new tax changes has meant some landlords believe investing is no longer worthwhile and many have sold up and cashed in their house price gains.

How does it compare to the old tax regime? The profit after tax and return on investment for higher rate taxpayers investing in property with different sized deposits in 2016

What profit after tax can you expect?

Our figures show that investing in an averagely priced property with a deposit of 25 per cent produces a profit after tax of just over £1,000 for higher rate taxpayers under the current regime.

It means these investors have seen their returns cut by 52.96 per cent due to the tax changes.

And for the same type of higher rate taxpaying investor with a slighter larger deposit of 40 per cent, there is a profit after tax of around £2,000 under the current tax regime.

The figures assume an annual rent of £11,800 based on the average monthly rent of £969, the highest level in 13 years, according to Zoopla.

And we used the average price of a property of around £256,000, the average at the time of calculation according to Nationwide Building Society. 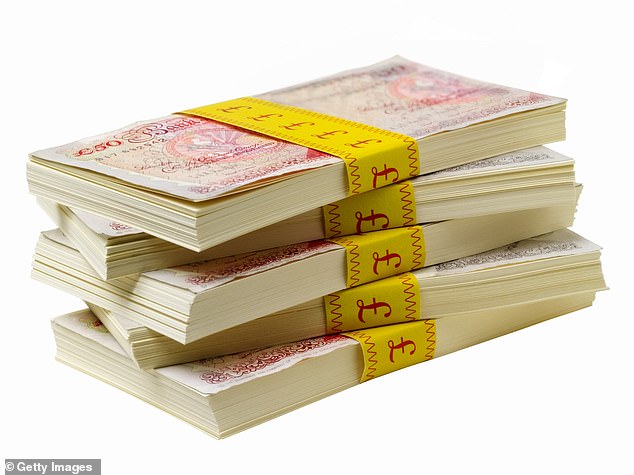 Higher rate taxpayers with a 40% deposit are among the hardest hit, seeing their returns slashed by as much as a third

How does it compare to the old tax regime? The profit after tax and return on investment for basic rate taxpayers investing in property with different sized deposits in 2016

By contrast, a basic rate taxpayer with a 40 deposit will currently see a profit after tax of around £4,000, which is similar to what was expected before the tax changes.

It is the equivalent of a current return on investment of 3.53 per cent, down from 3.79 per cent under the old tax regime.

That figure rises marginally to 3.83 per cent for basic rate taxpayers when the deposit is 30 per cent. The profit after tax for this group at this level of deposit is £3,377.

Property has become increasingly taxed in the last five years

‘This is illustrated by a higher rate tax payer with a 30 per cent deposit who invested in the average property now would generate an return on investment of 1.59 per cent now compared with almost double that return of 3.14 per cent prior to the tax changes.’

However, he went to explain that it is still possible to get a potentially reasonable return for landlords who are basic rate taxpayers.

He explained: ‘For a basic rate taxpayer, it would be sensible for someone to have 30 per cent equity for a reasonable return of 3.83 per cent – this would require equity of about £77,000 to purchase an average priced property.

‘For a higher rate taxpayer, the effect of the mortgage interest relief restriction means that the return is significantly more meagre. To generate a just over 2 per cent return, a 75 per cent deposit of £192,000 would be required, which is quite stark.’

He also said investors need to consider the time and inconvenience of being a landlord, such as a late night call out to fix a boiler – although in this calculation, the figures factor in a property management fee to help deal with such events.

The management fee falls under the ‘rental expenses’ figure used in the calculation, which also includes service charges and some repair costs. The rental expenses are assumed to be 15 per cent of rental income.

For higher rate tax payers, the figures also assume that the personal allowance is fully used against other income.

The figures include a stamp duty surcharge of 3 per cent, paid when the property is purchased, and a rate of 3.16 per cent where a buy-to-let mortgage is used.

This mortgage rate is the average for a five-year fixed rate buy-to-let deal, according to Moneyfacts. The calculations do not take into account how mortgage rates vary depending on the amount of equity a borrower has.

Those investors with maximum equity and no mortgage in their property investment have seen returns unchanged in monetary values between the current and former tax regimes.

For a basic rate taxpayer, the rental profit after tax remains the same under the current rules.

This is because the mortgage interest relief restriction effectively continues to provide full relief for mortgage interest at 20 per cent due to the 20 per cent tax credit. And 20 per cent is also the basic rate of income tax. So while the exact mechanics have been changed, the impact of the tax changes remains the same for these investors.

It is important to do your research before investing in property, including looking at whether it is beneficial to do so via a company structure, where different tax rules apply.

Within a company structure, full mortgage interest can still be claimed, with tax calculated solely on profits not overall revenue, and paid at the corporation tax rate.

However, there will be extra tax to pay on money taken out of the business and buying a property via a company will not suit everyone, particularly those who have a minimal amount of other assets and income.

‘Making a profit has become more difficult so it is more important than ever to do your research carefully, making sure you buy in an area with strong yields. Many landlords are choosing to buy via limited companies rather than in their own names since the reduction in mortgage interest tax relief and those with the largest amount of equity in their investment properties tend to enjoy the highest returns.

‘While the market is tougher, many people still prefer to invest in bricks and mortar rather than the more volatile stock market, or leave their money in a savings account, earning next to nothing in interest.’