The UK millionaires who want to pay MORE tax 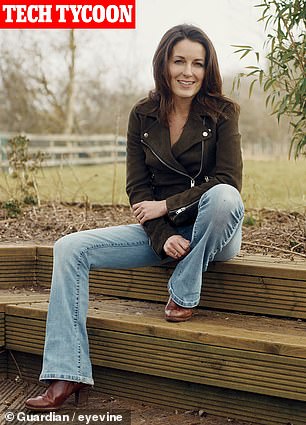 Advocate for change: Gemma McGough works in the tech sector

As Chancellor Rishi Sunak will discover when he tries to push through his hefty hikes, the last thing most of us want to do is pay more tax. A small, but increasingly vocal group of multi-millionaires is, however, keen to do just that.

They are asking the Government to compel the rich to hand over even more of their wealth than they already do.

It’s an idea that could gain traction at a time when the Treasury is desperate to replenish its coffers after Covid-19.

There’s nothing new about Left-wingers agitating to squeeze the rich. The twist this time is that it is members of the moneybags class themselves who are demanding reforms that will hit them in the pocket.

The Patriotic Millionaires movement began in America where it has hundreds of members, including Abigail Disney of the entertainment dynasty, who describes herself as ‘too rich’.

The 62-year-old heiress is a granddaughter of Roy, who with his brother Walt founded the Walt Disney Company in 1923. Her net worth is reportedly about £90million, but she says her fortune was making her miserable so she began donating to charities – giving away more than £52million so far.

She is now campaigning for the taxman to take more from ‘all of the absurdly rich people across the world’.

A recently founded UK offshoot of Patriotic Millionaires is growing, with 30 members so far. The group is calling for an overhaul of the tax system to ‘accelerate the end of extreme wealth’.

Member Gary Stevenson, 35, said: ‘We need to shift the tax system away from workers and toward these super-wealthy families who own basically everything, don’t pay any tax and don’t work.’

Stevenson grew up in a poor family in Ilford, East London, but went on to earn several million pounds as a top trader at Citibank. 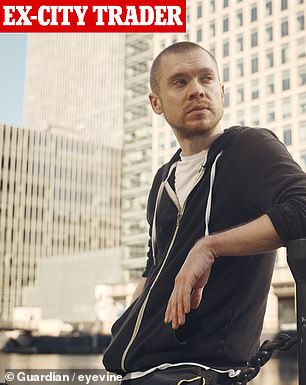 Tax shift: Gary Stevenson grew up in a poor family in Ilford

He has a strong belief that the world is heading toward ‘economic disaster’. Never having to work again, he left the bank in 2014 and set up Wealth Economics – a blog campaigning against low wages and unaffordable housing.

‘Unless you do something with the system – which at the moment taxes the very richest people basically nothing – then this problem just gets worse and worse and worse,’ he said.

The group also argues for a ‘small’ progressive wealth tax starting at 2 per cent per year for those with more than £3.6million. This would, it says, affect all of its members. It also advocates a ‘big increase’ in inheritance tax.

This is anathema to many millionaires who seek to shelter as much of their money as possible.

Some argue that taxing the rich more heavily would be counter productive. That is the view of Sam Collins, senior adviser at think-tank the Institute of Economic Affairs.

Calls for wealth taxes ‘make good headlines’, but people can already make voluntary donations to the taxman instead, he points out.

‘If anything, we should be abolishing capital gains tax and allowing investment money to flow to where it will do the most good,’ he added.

So why don’t members of Patriotic Millionaires simply make donations to HMRC as he suggests? 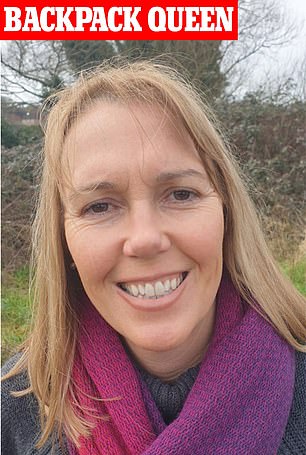 Gemma McGough, 41, a millionaire who lives in Buckinghamshire with her three children, said it is not simply about volunteering to pay more personally. ‘I’m an advocate for changing the tax system to put a heavier burden on those most able to pay – like me,’ she said.

McGough works in the tech sector and ran certification agency Product Compliance Specialists with her husband Chris for more than a decade. She became a millionaire when the business was sold three years ago. Now she is campaigning for the taxing of wealth rather than work.

Another member, Julia Davies, made millions selling her stake in Osprey Europe, the backpack company she founded.

The 50-year-old former lawyer used some of the money to set up environmental fund We Have The Power. Davies, who lives on England’s south coast with her two children, joined Patriotic Millionaires last year. She said the current tax system is hitting ordinary workers with no cash to spare.

‘The pandemic highlighted who the truly important people were in society and who were the real key workers,’ she said.

Which is absolutely true – but the chances of Patriotic Millionaires recruiting large numbers of the super-rich still look slim.