Thousands of customers have already reserved the Ineos Grenadier 4×4.

A total of 15,000 people have signed up to buy one, ahead of it officially going on sale in April and the start of full-blown production in July.

The first of the off-road cars is set to be delivered in September. 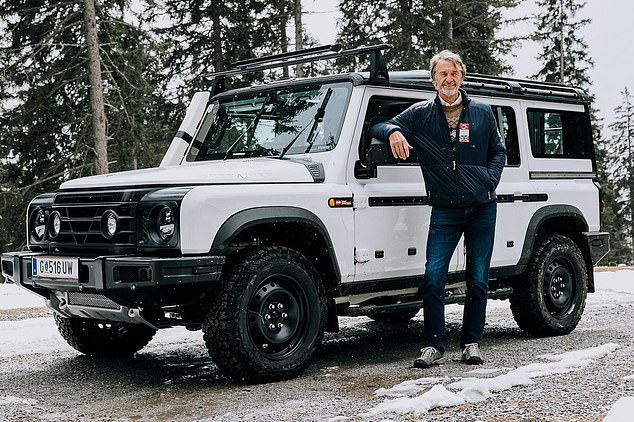 Pub dream: Ineos founder Sir Jim Ratcliffe (pictured with one of his vehicles) came up with the idea for the Land Rover-inspired 4×4 in the Grenadier pub in London

The cars, which start at £48,000, are inspired by the Land Rover Defender and will compete with 4x4s such as the Mercedes-Benz G-Wagon.

They are the brainchild of Ineos founder Sir Jim Ratcliffe who dreamt them up in the Grenadier pub in London, before setting up Ineos Automotive to make them.

The company is a recent addition to Ratcliffe’s predominantly petro-chemical empire, which has annual sales of £45billion.

To produce the Grenadier it bought a factory on the Franco-German border from Mercedes-Benz, and invested £42million in production.

harrry
Previous articleASK TONY: I’d like to help my daughter set up a pension
Next articleCristin Milioti on ‘Made for Love’ and the Dark Side of Social Media