Toyota’s bid to save manual gearboxes when cars go electric: Japanese firm files patents for a transmission that allows for ‘simulated’ manual shifting


With the switch to electric cars gathering pace ahead of the 2030 ban on sales of new petrol and diesel cars, the days of the manual gearbox are numbered.

Once the deadline passes, pretty much any new model launched will come with an automatic transmission, making changing gear by hand a task from the past.

The Japanese car manufacturer has filed a patent application for an electric vehicle with a manual transmission. 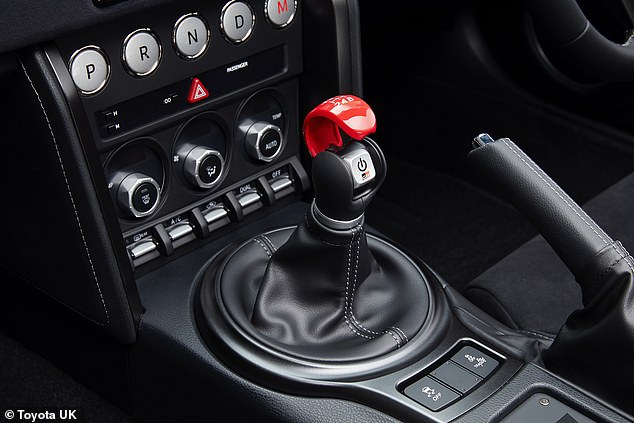 Toyota’s bid to preserve the manual ‘box: Japanese brand files patents for a ‘simulated’ manual gearbox for electric cars – here’s how it will work…

Images revealed on the BZ Forum – a community for Toyota BZ owners and enthusiasts – this week show eight patents showing different aspects of a ‘simulated’ manual gearbox system for an electric vehicle.

The diagrams show a setup with a ‘fake’ gear stick and clutch pedal that, when combined with clever software, can control the amount of torque from an electric motor to replicate the sensation of a conventional transmission many UK drivers have grown up using.

The system will mechanically be a single-speed transmission but will limit the amount of power the electric motor can produce – and the speed it can reach – depending on which ‘arbitrary virtual’ gear is selected.

For instance, when the driver uses the fake gear stick and clutch to select first, the system will allow for lots of torque, but have a low limited top speed via the electric motor in that gear.

While in sixth gear, there will be less torque available but the ability to reach a higher top speed.

This would, in theory, require the driver to move through the gearbox and choose the best gear for the environment they’re in. 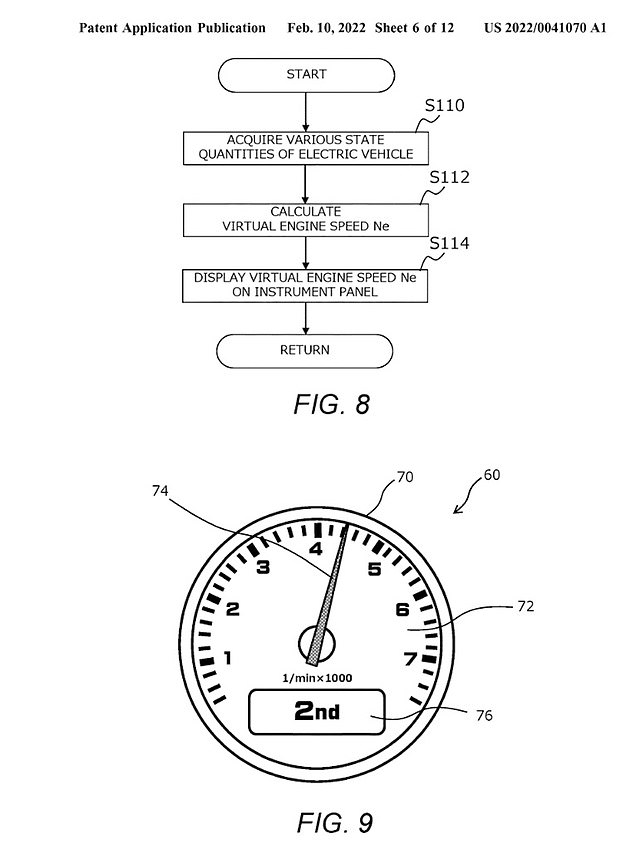 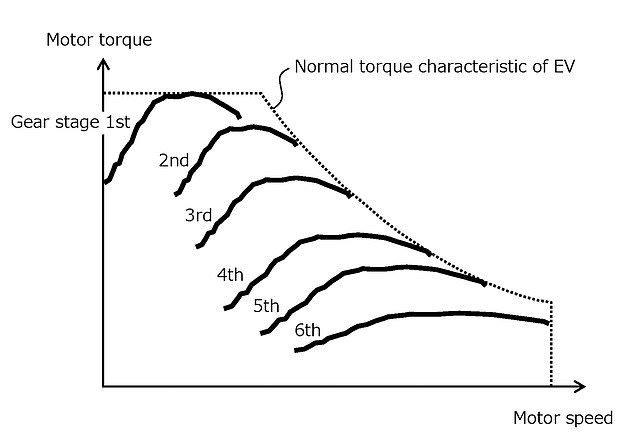 When the driver uses the fake gear stick and clutch to select first, the system will allow for lots of torque, but have a low limited top speed in that gear. In sixth, there will be less torque available but will not have a limit on the electric motor speed

There will also be other simulated effects to make the fake manual feel like the real thing, including an electric-powered shaker plate in the clutch that will create vibrations to the driver’s foot to replicate the conventional feeling of the left pedal.

Patents filed by Toyota this month hint at three different modes for the simulated manual transmission.

The first is a fully-simulated experience, requiring the user to  use both the clutch and the gear stick.

Toyota isn’t the only car manufacturer to file patents for a revolutionary gearbox system.

The US brand has penned a manual transmission without a clutch pedal that could be used in petrol and diesel cars.

This means the clutch automatically engages when the driver moves the gear stick.

In the files submitted by Ford, it describes the gearbox system as being ‘mounted to the engine block’ rather than being added to an electric drivetrain.

Like a quick-shifter on the latest high-performance motorcycles, the clutchless system would allow for faster gearshifts.

The second mode deletes the need to use the clutch, which Toyota says will be useful for low-speed maneuvers, like when stuck in traffic, reversing or attempting to park.

The third setting will be a fully-automated mode, meaning the driver neither needs to operate the clutch or gear stick while the system chooses the best gear to use, like a standard automatic transmission in cars today.

It’s not the first time the car maker has made its intentions know to keep the manual gearbox running beyond 2030.

In 2017, it revealed a hybrid GR HV sports car concept at the Tokyo Motor Show, which featured a conventional H-pattern gate that could be accessed by pressing a button hidden under the gearknob’s cover.

The latest patents have received a mixed response since they were leaked by the Toyota owners’ forum, with some hailing the potential to continue changing gear themselves while others seeing it as a needless exercise to simulate an old-hat system.

While the technology will replicate the feeling of a manual gear change, it will add no performance benefits – in fact, it would likely make a EV accelerate slower by breaking up the linear torque delivery from an electric motor. 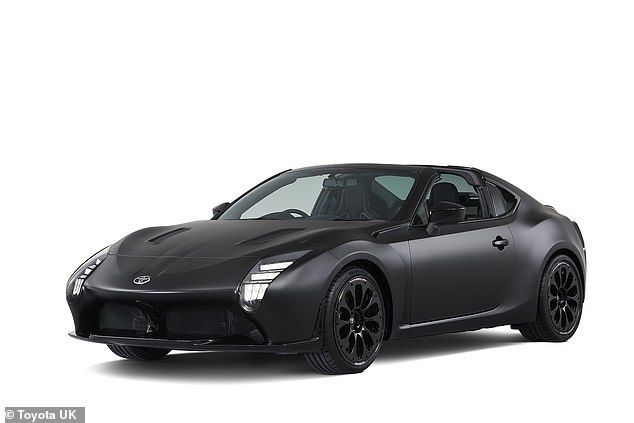 This is the GR HV concept sports car Toyota launched at the Tokyo Motor Show in 2017. Despite having a hybrid powertrain, which usually means an automatic gearbox, it had a manual setup 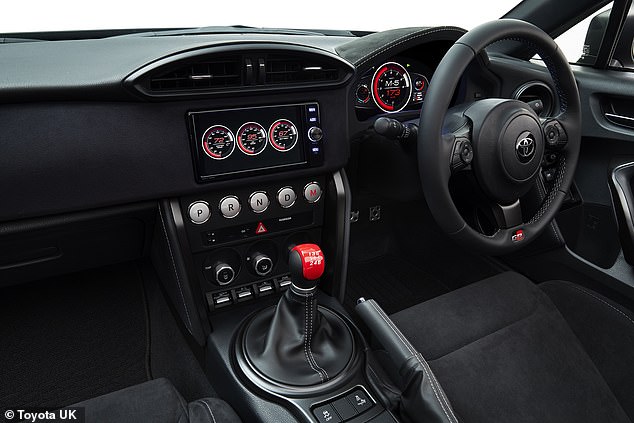 The big question is, do you still want to be able to change gear, even when the car parc shifts predominantly to electric vehicles?