Rail and coach ticket platform Trainline saw its shares spike on Thursday as it revealed plans to amend its third-party licence over fears of competition.

The London-headquartered company suffered a blow last May after the government announced plans for a new state-owned body, Great British Railways, to sell online tickets.

But Trainline has now reached an agreement to alter its third-party license to prevent it from losing out on sales. Trainline shares jumped 21 per cent to 239.2p off the back of the announcement. 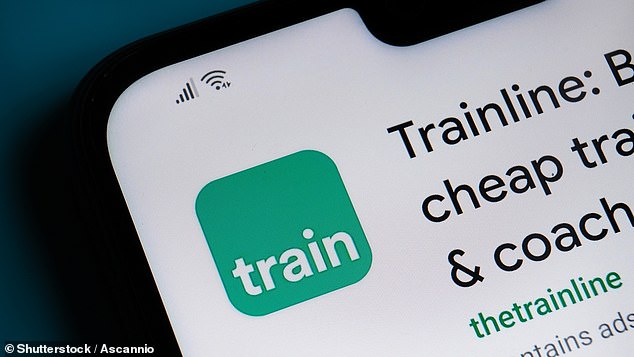 Trainline, like all third-party retailers, operates under a long term licence issued by the Rail Delivery Group (RDG) on behalf of the rail industry. This is part of the industry’s Ticketing and Settlement Agreement.

Trainline said it will join other third-party retailers in a ‘collaborative phase of engagement’ with the RDG to craft new contractual licence terms.

It stated that in the event an agreement can’t be met, the RDG has the right to implement ‘a legally binding minimum set of commercial terms’.

These include reducing Trainline’s commission rate by 0.5 per cent to 4.5 per cent and an offsetting removal of central industry costs, which Trainline estimates to be worth 0.25 per cent.

Chief executive Jody Ford commented: ‘This is a step forward in providing greater certainty to Trainline. It allows us to invest further in product innovation and marketing to encourage more people back to rail. 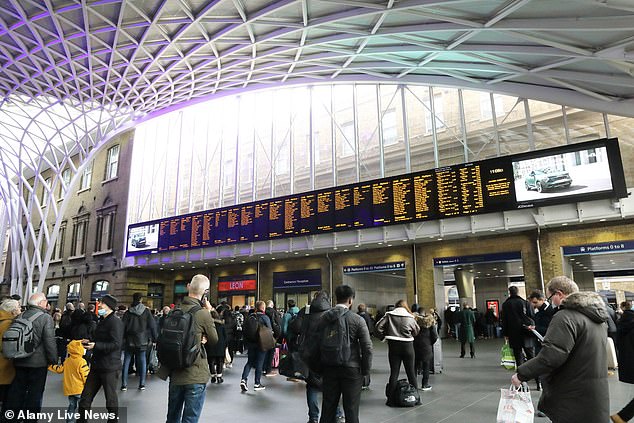 Trainline saw its ticket sales rise by 68% to £2.5billion during the last financial year, despite the Omicron variant impacting travel in the fourth quarter

‘We are committed to continuing to work constructively with RDG and the Government to reach agreement on a future retail framework that works for the customer, the industry and rail retailers like Trainline.’

This month Trainline reveals that it saw its ticket sales rise by 68 per cent to £2.5billion during the last financial year, despite the Omicron variant impacting travel in the fourth quarter.

In the 12 months to 28 February, the firm’s revenue also made a recovery, rising 181 per cent from the previous year at £189 million.

As global travel restrictions – with the exception of a brief hiccup caused by Omicron – domestic and international markets started returning to growth, while an accelerated shift to online and digital ticket sales also helped boost business.

‘Within its UK operations, the company saw an 89 per cent increase from 2020 in customers using Trainline to buy tickets two or more times a month, with sales coming in at £1.8 billion.

International net ticket sales were £418million, 85 per cent of the same period in 2020.

Net ticket sales improved throughout the year and, in the third quarter, were at 99 per cent of levels during the same period two years ago.

This was despite travel restrictions continuing to impede the return of inbound customers to Europe.

In the fourth quarter, international net ticket sales reached 106 per cent of 2020 levels, although this was lapping a quarter of French rail strikes and the onset of Covid-19 in Europe.

The full-year results for Trainline’s financial 2022 will be released on 5 May.