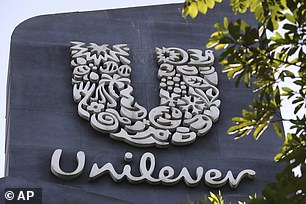 Two major Unilever shareholders have called for a shake-up after a failed £50billion bid for Glaxosmith-kline’s consumer arm.

Meanwhile, an un-named top 20 shareholder said Unilever chairman Nils Andersen should be removed from the board for allowing the consumer giant’s chief executive Alan Jope to pursue the GSK takeover.

They said Andersen should be replaced by an external didate who could consider sacking Jope and finance boss Graeme Pitkethly over the bid.

Bernstein analyst Bruno Monteyne told the Mail a break-up could be a good step but warned there are ‘no silver bullets’.