Some British cities have been financially ‘scarred’ by Covid, with households across the country seeing an uneven recovery from the pandemic, new research shows.

Birmingham, Manchester, Liverpool, Leicester and Newcastle are struggling to recover from the financial hit of successive lockdowns, having been in a vulnerable position even before then.

This leaves households in many of these worst affected areas at a much higher risk of suffering from the cost of living crisis, according to research by debt collection firm Lowell and the Urban Institute, a US-based economic and social think-tank. 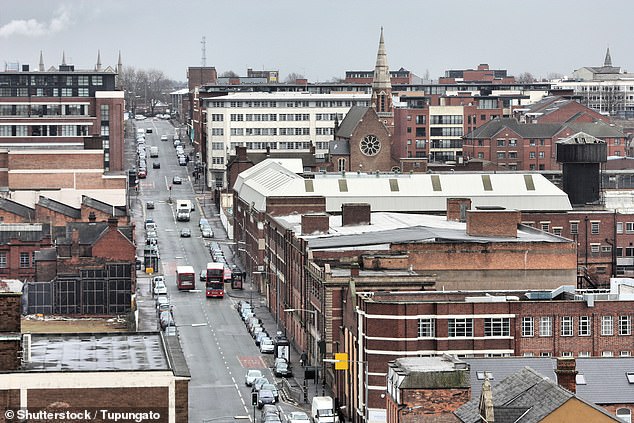 Research based on Lowell’s 9.5million customers suggests that the recovery from the pandemic has been unequal across the country.

The cities mentioned above have only seen a very small improvement in their financial vulnerability score since the peak of the pandemic.

It is calculated by looking at how much debt they hold, whether they have defaulted on payments, claim benefits and their level of savings, among other things.

The most financially vulnerable UK areas

Walton, an area of Liverpool, emerged as the most financially vulnerable constituency of all the UK at the end of last year, with a scores of 67.8 – much higher than the average UK score of 45.1.

It is followed by Middlesbrough with a score of 66.9, and a raft of areas in Birmingham.

Constituencies in Birmingham, like Hodge Hill, Lady Wood and Erdington, with scores between 64 and 65, have seen virtually no improvement since the start of 2021.

‘These areas have become “scar tissue”, immune to the general upswing in the economy seen as the pandemic ebbed,’ the report says.

‘This financial scarring, leaving many cities still with high financial vulnerability, will hamper economic recovery and the Government’s Levelling Up agenda as well as amplifying the cost of living crisis.’

However, the UK overall is a much more financially vulnerable country than before the pandemic.

While this is an improvement compared to the pandemic spring of 2020, when the index hit 47, it has worsened significantly compared to five and four years ago, when it was consistently below 40.

The findings come as households face a cost of living crisis, with inflation set to rise above 8 per cent later this year.

Britons also face higher borrowing costs as the Bank of England is gradually increasing interest rates, with the last week’s hike taking the base rate back up to 0.75 per cent.

John Pears, UK chief executive of Lowell, said: ‘Right now, everyone’s talking about the increased cost of living, but the impact won’t be the same everywhere.

‘There are lots of communities that still aren’t back to how they were before the pandemic and they are being hit again.

‘With rising energy and food prices, we hope that these areas get the support they need, or the Government run the risk of levelling down in some of our biggest cities.’