Consumer goods giant Unilever has drawn up an ambitious £5 billion plan to replicate the business it failed to buy from GlaxoSmithKline.

Chief executive Alan Jope is embarking on a strategy to grow its health and beauty brands overseas. He hopes to expand sales further through a string of deals.

Earlier this year, GSK rebuffed a trio of mega-bids for its consumer health arm, which includes the Aquafresh and Panadol brands and makes £10billion in sales. 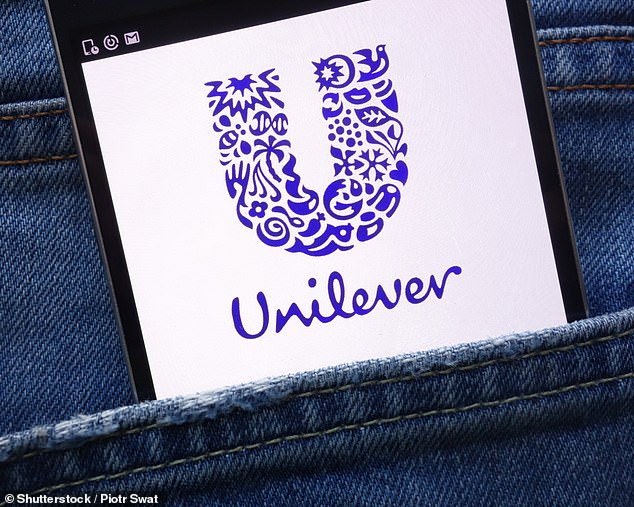 Hoping to pocket a fortune: Alan Jope is embarking on a strategy to grow Unilever’s health and beauty brands overseas

Marmite-to-Dove maker Unilever walked away from the deal after GSK demanded a higher price tag than its final £50billion offer.

Investors baulked at the cost of the deal, sending Unilever’s shares tumbling. Jope has been battling to get them back on side.

He told the Consumer Analyst Group of New York conference – attended by analysts, investors and executives at many of his rivals –that he plans to invest in its prestige beauty division, which was launched in 2015 and boasts brands including skincare firm Dermalogica. It brings in €1billion (£840million) from more than 100 markets.

Unilever also plans to invest in its functional nutrition division, which is worth €1.5billion and includes Horlicks.

Jope told the conference: ‘In the coming years, we intend to build both Unilever prestige and functional nutrition to over €3billion of revenues each through sustained strong organic growth as well as continued bolt-on acquisitions.’

In his presentation – regarded as part of his strategic fightback after the failed bid – Jope highlighted a string of takeovers inked since 2018 which he expects to help drive growth across the divisions.

These include gummy vitamin brand SmartyPants, skincare business Paula’s Choice and the electrolyte drink mix Liquid IV, which is sold in the US.

Of the nutrition arm, he said: ‘In only three years we have created a €1.5billion business which grew 22 per cent in 2021 and now has some very strong leadership positions.’

He also outlined plans to accelerate growth in the US, India, China and emerging markets.

Unilever has spent €16billion (£12billion) on 29 acquisitions since 2017, primarily in the nutrition business.

It has also raised €11billion by selling off brands in that period, including the €6.8billion disposal of its spreads business, which includes Flora, in 2018 to private equity firm KKR.

Jope said last month: ‘We will continue to re-shape our portfolio but through bolt-on acquisition and selective disposals.’

City sources said the brands would play an essential part in building revenues that would have been achieved by snapping up GSK’s consumer health business, albeit over a long period.

They said the strategy could take five years to snare the £10billion of annual revenues that deal was expected to bring in.

Before the GSK bid, Jope was under pressure from veteran investor Terry Smith who claimed bosses had ‘lost the plot’. It later emerged billionaire activist investor Nelson Peltz has built a stake.

Recently, Unilever signalled further price rises are ahead as inflation rages and it expects its costs to rise by up to £3billion this year.

Separately, GSK chief executive Emma Walmsley will tomorrow update on her strategy to spin off its consumer health business. GSK plans to list the division, newly renamed Haleon, this summer.

Walmsley and Haleon’s chief executive Brian McNamara are expected to set out margin targets, and detail plans to pay down debts and invest in research.