US Federal Reserve hikes interest rates for first time since 2018


Federal Reserve hikes interest rates for first time since 2018 as US inflation hits a 40-year high of 7.9% with Bank of England set to follows suit

The Federal Reserve raised interest rates in the US for the first time in three years last night as central banks step up their battle against inflation.

In a clear sign that the pandemic era of ultra-cheap money is over, the Washington-based Fed increased rates from between zero and 0.25 per cent to between 0.25 per cent and 0.5 per cent.

It was the first increase since 2018 and came after US inflation hit a 40-year high of 7.9 per cent – a level last seen when Ronald Reagan was the US president and Margaret Thatcher was British prime minister. 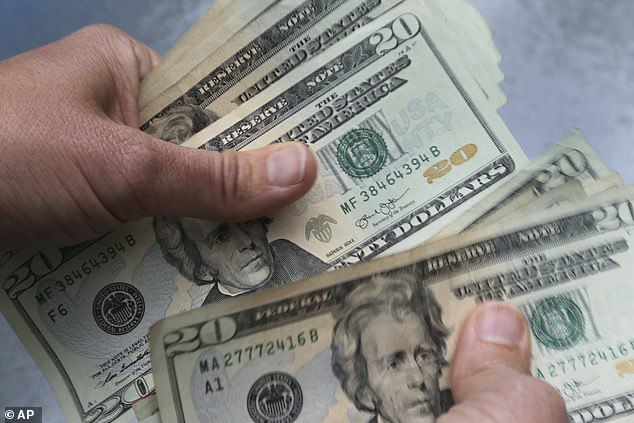 Inflation fight: In a sign that the era of ultra-cheap money is over, the Federal Reserve increased rates from between zero and 0.25% to between 0.25% and 0.5%

The Bank of England is set to follow suit today with its third rate rise, after hikes in December and February.

Inflation in the UK is currently at a 30-year high of 5.5 per cent – well above the 2 per cent target – and set to hit 8 per cent in the coming months as the cost of everything from energy bills to fuel and food soars.

The surge in inflation has fuelled fears of a nasty bout of stagflation as prices go up and the global economy cools in the face of a cost of living crisis, war in Ukraine and a resurgence of Covid cases in China.

George Buckley, an economist at investment bank Nomura, said: ‘Surging energy and food prices are not going unnoticed by central banks whose mandates are to keep consumer prices in check, which is why the Federal Reserve and Bank of England are raising rates.

‘But some degree of caution is warranted. Higher prices now mean lower disposable incomes for households, which could yet derail the recovery.

‘Raising rates too far too fast is risky when household finances are already being pummelled by a cost of living crisis.’ In a hotly-anticipated update last night, the Fed indicated that rates would rise another six times this year, taking them to between 1.75 per cent and 2 per cent.

But officials at the central bank also slashed their economic growth forecasts for the US in 2022 from 4 per cent to 2.8 per cent amid mounting risks facing the global economy.

The Fed said: ‘The invasion of Ukraine by Russia is causing tremendous human and economic hardship.

‘The implications for the US economy are highly uncertain, but in the near term the invasion and related events are likely to create additional upward pressure on inflation and weigh on economic activity.’

The Bank of England is widely expected to raise rates to 0.75% at noon today, following the latest meeting of its nine-member monetary policy committee

The comments underlined the delicate balancing act that central banks face as they seek to curb inflation without derailing the economy.

It also marked the end of the Fed’s full-on battle against the pandemic as central banks shift their attention to the threat posed by inflation.

The Bank of England slashed rates to a record low of 0.1 per cent after Covid struck in a desperate bid to prop up the economy. 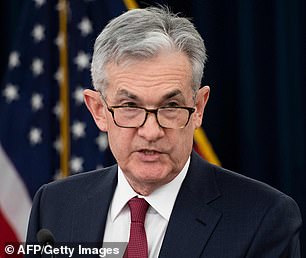 But as the UK bounced back from the pandemic and prices started to rise, it increased rates to 0.25 per cent in December and to 0.5 per cent in February.

It is widely expected to raise rates to 0.75 per cent at noon today, following the latest meeting of its nine-member monetary policy committee.

An increase would push up the cost of mortgages for millions of borrowers. But Kitty Ussher, chief economist at the Institute of Directors, said it was crucial that the Bank got a grip on inflation.

She said that business leaders are facing ‘skyrocketing uncertainty’, given events in Ukraine and beyond.

‘However, one thing is clear,’ she added. ‘Inflation itself is a very real and present concern to business leaders.

‘When forced to choose, our members are more worried about inflation than rising interest rates. Therefore, the Institute of Directors is hoping for a further rate rise.’