A US private equity firm is in the early stage of making a possible cash offer for troubled British fashion retailer Ted Baker.

New York-based Sycamore Partners, which specialises in investments in the retail sector, said it had until 15 April to make a firm offer but that there was no certainty an offer would be made or what the terms would look like.

In response to confirmation of a potential bid, Ted Baker shares soared by 19.4 per cent in early trading on Friday to 117.9p. 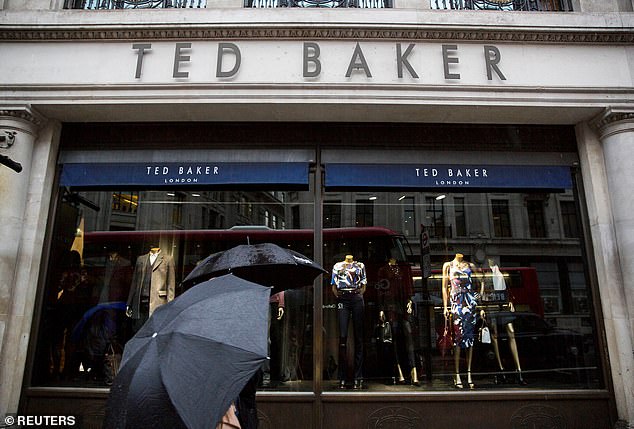 It marks the latest in a long list of UK entities to draw takeover interest from US companies.

The upmarket retailer has a market valuation of little over £180million ($236.65million), according to Refinitiv Eikon data, a fraction of its worth at its peak in 2015.

The confirmation of interest comes after a Sky News report said Sycamore had hired an investment bank to advise on a potential offer.

Ted Baker, which has nearly 400 locations mostly in the United Kingdom, Europe and North America, is more than halfway through a three-year turnaround plan focused on cost cuts, and boosting its online presence and product range.

Chief financial officer David Wolffe said that the business was also seeing increases in labour and material costs, especially in China, but has been mitigating the impact by improving its product sourcing.

At the end of February, Ted Baker was the second-highest riser on the FTSE All-Share Index, as it reported sales jumping at the end of last year.

However, despite this bounce and some brief periods of minor resurgence, Ted Baker shares are down 94 per cent over the past three years.

Along with the pandemic, the company said demand was further impacted by selling its apparel at full price, its Japanese and Chinese divisions moving to licence and joint venture models, and House of Fraser transitioning to a wholesale model.

When setting its targets for the 2023 financial year, it outlined some of its plans which included opening at least three new retail establishments every year for the coming three years in the UK.

It also went about expanding two licences, including one with menswear firm Jack Victor in North America for another five years.

The company opened its first store in Glasgow in 1988 with quirky details on suits, shirts and dresses helping it to stand out from retail rivals and grow to its 560 stores and concessions globally.

In a statement, Ted Baker confirmed it had not yet received any approach from Sycamore.

It added: ‘Ted Baker continues to make good progress with its transformation and the Company is emerging from Covid as a stronger and more financially sustainable business.

‘The Board is confident in the Company’s independent prospects and would evaluate any offer for the Company against the strong shareholder value creation that it believes can be delivered as a standalone company.