VICTORIA BISCHOFF: Energy suppliers must act to earn back their customers’ trust by ending the bill chaos

Enough is enough. For months, Money Mail has been calling on energy giants to urgently improve their pitiful customer service.

Was it really so surprising their helplines were flooded with panicked calls? Or that websites had record visitors as customers frantically tried to log meter readings? Of course not. It was inevitable. 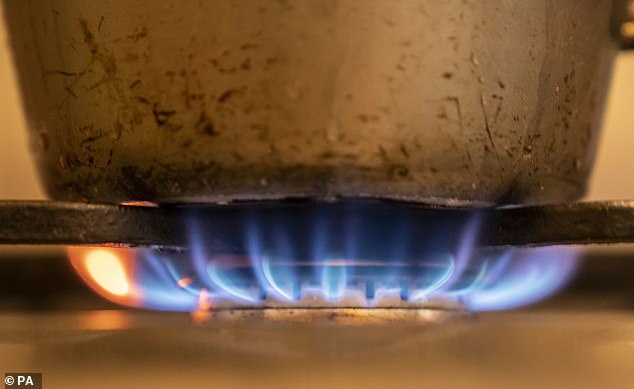 So why on earth weren’t suppliers prepared? It’s time they got a grip. Suppliers cannot hike direct debits to unaffordable levels with little or no explanation and expect households to just pay up.

Particularly not when many are still waiting for substantial credit refunds from collapsed suppliers.

Energy bills have always been confusing. Not least because there are two charges — one for each unit of power used and a second to cover connection costs, known as the standing charge.

Previously, many customers paid little attention to the ins and outs of how their bill was calculated. But now that every extra pound counts, they want answers.

Watchdog Ofgem needs to awaken from its deep slumber at the wheel and force firms to be transparent.

Had it been paying attention sooner, customers would not have been landed with a multi-billion pound bill for dozens of failed providers.

We have been warned repeatedly that this month’s price rise is only the beginning, with more bill pain expected in the autumn. Suppliers must earn back their customers’ trust before then.

Today Money Mail marks the end of an era with the departure of our esteemed letters editor and consumer champion Tony Hazell.

For years Tony has tirelessly fought your corner against Britain’s biggest businesses. His wealth of knowledge, experience and devilishly sharp wit has left more than one chief executive shaking in their boots.

But for ordinary people so often ignored by those at the top, he has been their hero: fair, tenacious in his quest for justice and a true advocate for our readers.

We will all miss him enormously — though I have a sneaking suspicion it won’t be long until a colossal failing in the financial world riles him enough to return as a guest star. 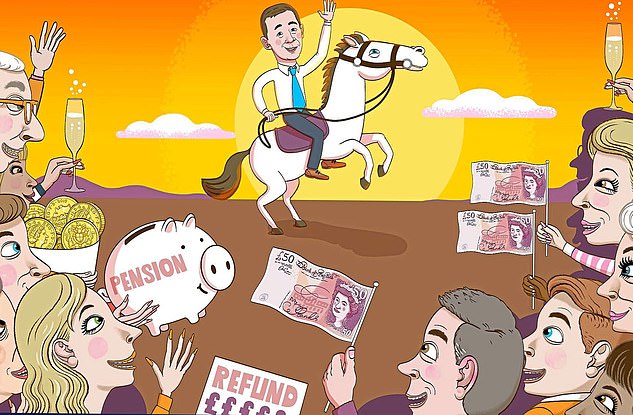 Farewell: Letters editor and consumer champion Tony Hazell is riding off into the sunset after 32 years helping readers with their money problems

In the meantime, it gives me great pleasure to introduce Sally Hamilton, who will take over as consumer champion next week.

Sally has more than 25 years of personal finance experience and is already hard at work behind the scenes tackling your problems.

Any letters recently sent to Tony will be passed to her but in future please email [email protected] or write to Sally Hamilton, Northcliffe House, 2 Derry Street, London, W8 5TT.

Money Mail readers truly have hearts of gold. In our cost-of-living crisis special last week we featured harrowing calls to Independent Age’s helpline for the elderly.

In one, a Parkinson’s sufferer said her living expenses have risen by so much she cannot afford the shoes she needs for her condition and is in a great amount of pain.

Reader Lesley Williamson asked if she could donate towards the shoes. Thank you for your kind offer — we have forwarded your contact details to the charity.

While on holiday last month I finally had time to read the Thursday Murder Club sequel, The Man who Died Twice. It was a brilliant read but one part almost made me choke on my pina colada.

The character Joyce was collecting money for charity and a man tried to pay by cheque. ‘A cheque book! Even I don’t use cheques any more, and I’m 77,’ she remarked.

Is this a true reflection of how older people feel about cheques? Or have banking giants infiltrated popular fiction to push their online agenda? I’d love to hear how often our readers still use cheques. Write to me at the email address below.

harrry
Previous article
How to Use Clindamycin Topical Solution for Acne?
Next article
Why do People Prefer Installing Window Shutters Than Curtains?