VICTORIA BISCHOFF: We’re all paying for the smart meter roll out – so where are the promised savings?


When a colleague received an email from his new energy supplier, British Gas, last week asking for his meter readings, his exasperation reverberated around our shared desk.

It would be a reasonable request if not for the fact that he has had a smart meter installed, which was meant to rid him of this task.

Yet, as the email explained, his smart meter is not compatible with the energy giant’s systems so he’s back to crawling under the stairs with a torch. 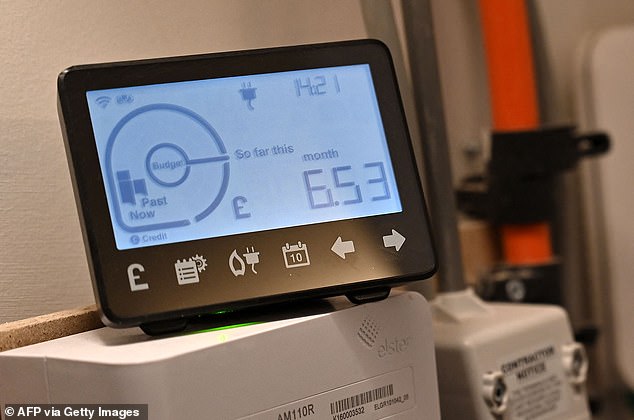 Outdated: Around 4.8m smart meters are stuck in ‘dumb mode’ – usually because customers have switched supplier

And he’s not alone. About 4.8 million smart meters are stuck in ‘dumb mode’ — usually because, like my colleague, customers have switched supplier.

The powers that be say they have created a fix for this frustrating flaw, and claim the meters will be upgraded remotely to get them working again.

But the debacle sums up just what a farce the whole smart meter rollout has been. The energy industry has repeatedly reassured us the gadgets are a good thing and will lead to worthy savings.

This may be true, but the way they have been sold to the British public has stirred up suspicion and frustration.

We were told they would help us cut our energy use and save money. But as we reveal, academic research reveals the little screens showing how much power we use in pounds and pence haven’t done much to change our habits, with homeowners reducing their consumption by as little as 3 per cent.

In fact, the real reason for the smart meter rollout is the drive to go green. As more households get electric cars and heat pumps, these vital tools will ensure providers can cope with demand and let them offer different rates to encourage us to plug in at cheaper times. This should help all of us save money in the long run. So why weren’t we just told this from the beginning?

Trust among customers has been further eroded by the shambolic installation process.

On the Continent, meters are typically located outside homes so engineers can install or fix them without bothering customers. The scheme is also managed by the networks rather than individual providers, meaning entire streets can be upgraded in one go.

Here, under the threat of hefty fines, it is up to suppliers to coax their customers into getting the gadgets — which has inevitably led to bully boy tactics.

There are also customers who can’t get one even if they wanted to because they live in the wrong type of property. With half of households yet to be upgraded, it seems inevitable that the 2025 deadline will be pushed back again.

Whether the devices, which we are all paying for, really will deliver the savings promised remains to be seen — but I’m not holding my breath.

Hero of the week: 78-year-old Carlos San Juan from Spain. Under the catchy slogan ‘I’m elderly, not an idiot’, the retired doctor is campaigning to force banks to offer more face-to-face services.

After he presented a petition with more than 600,000 signatures to the Spanish Treasury’s secretary general, banks have pledged to improve their in-person services.

Our banks might want to bear this in mind the next time they quietly axe branches (NatWest), close counters (HSBC and Barclays) or force elderly customers to use machines (also Barclays).

British Gas HomeCare needs to get a grip. Of course, it is right to prioritise vulnerable customers in winter. But is it really appropriate to ask people if they ‘might die’ if their boiler isn’t fixed quickly?

Well, that’s what happened to Money Mail reader Jenni last week. After protesting on the phone that a five-day wait wasn’t good enough when she pays £405 a year for insurance, she was asked if anyone in her household might die if the boiler wasn’t fixed that day.

Jenni explained that she lives alone and recently had a brain scan, and was eventually told an engineer would be round that afternoon. As she puts it: ‘Their attitude is a disgrace.’