By Angelique Ruzicka For Thisismoney.co.uk

In the last decade, there has been an explosion of online gaming – and while you may think your teenage is just playing a harmless game and chatting to friends, they are also a huge fraud target in the virtual world.

Many young people are being targeted by fraudsters through gaming because they’re prone to trust and readily share information.

This has led to many losing digital assets such as football teams that they have bought or won along the way. They’re also vulnerable to being conned out of physical money too. 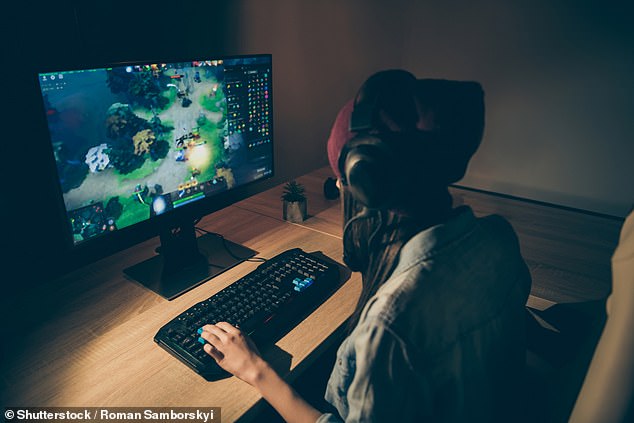 Your teen could become a victim of gaming fraud while innocently sharing personal information such as their age, where they live and their full name

More than a quarter of gamers aged 13-17 trust strangers in-game with personal information, according to a report by Lloyds Bank, City University of London and Ukie – the trade body for the video game industry.

Of those who share information, 88 per cent have shared their age, 75 per cent their name and almost two thirds their location, the report shows.

Liz Ziegler, director of fraud and financial crime at Lloyds Bank, says: ‘Video game fraud highlights how scammers are constantly evolving, targeting areas where they see growth, and coming up with ever-more sophisticated ways to trick people into handing over their personal or financial details.

‘These fraudsters willingly and deceitfully take advantage of people’s hobbies and the research we’ve done as part of our Fraud’s No Game campaign highlights a danger for under-25s, who are less likely to be aware of the common tactics used by scammers.’

Her warning is echoed by Jamie Woodruff, one of the world’s leading authorities on cyber security and an avid gamer.

He believes the Metaverse, a network of virtual three-dimensional worlds, will offer up a whole new way in which scammers could target a growing number of gamers in the UK.

Woodruff claims that the Metaverse is one of the most unknown and least regulated places when it comes to internet safety.

He explains that the lack of identification checks gives scammers the perfect camouflage.

Woodruff says: ‘Would-be scammers can fake their age, location, picture and other details, sometimes even to impersonate someone you know and trust, to gain personal information such as your logins or passwords.’

They stole my virtual football team

Many teens are too embarrassed to talk openly about falling victims to scams.

Jake*, from London was scammed out of his FIFA Ultimate Team which he acquired through playing and paying when he was a child.

The scammer showed him a glitch which made it look like the players had been duplicated, building Jake’s trust to send his whole team over, when in fact they had not been. Jake lost out on his investment and never heard from the other player again.

Jake says: ‘The digital player cards were worth roughly 200k in in-game currency, which translates to around £50 in actual monetary value. I was so disheartened by the whole experience that I didn’t try to get the players back – it would have taken weeks of playing the game, or another £50 investment to get them back.

‘Even though I didn’t lose a huge amount of money, the experience really brought home the potential risks of gaming with strangers. Even if you’ve chatted to someone online and you have common interests, you shouldn’t automatically trust them.’

*Not his real name

A common way in which young players are scammed is through phishing emails and texts.

A Lloyds Bank spokesperson says: ‘Fraudsters send an email to players telling them they need to confirm their password and login information – often with the promise of a prize in return – to obtain access to their gaming accounts.’

Fraudsters are also patient and will go a long way to earn people’s ‘trust’. 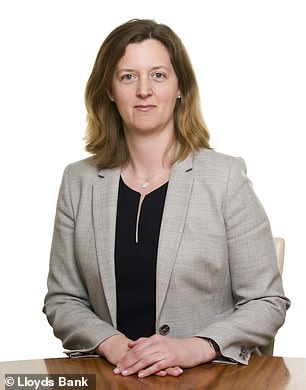 A Lloyds spokesperson explains: ‘Another common type of scam among young gamers is fraudsters making contact via in-game chat functions, building relationships with players so they trust them with personal details but then using this information to defraud them.

‘This trend is particularly concerning given our research which shows that one in five 13–17-year-olds have shared personal details when playing an online game with someone they don’t know.

‘These are often organised criminal gangs who don’t care about who they are defrauding and will happily dupe young players to gain their trust and access their personal information.’

It involves creating lesson plans and resources that is given to teachers and taught to children so they can learn how to prevent themselves from falling victim to gaming fraud.

The Lloyds spokesperson says: ‘Where there is potential to further raise awareness of the issue of gaming fraud, especially amongst younger audiences, we will continue to and remind video game players to S.H.I.E.L.D. themselves against scams.’

Shahneila Saeed, programme director for Digital Schoolhouse, added: ‘Playing online is a fundamental part of children’s lives today and it’s essential that we equip them with the skills that they need to play safe.

‘The lesson plans that we’ve created in partnership with Lloyds Bank will strengthen our ongoing efforts to give pupils the confidence and resilience to navigate the digital landscape, helping them to both enjoy – and create – a safer internet together.’

Six ways to protect teens from fraud while gaming

Lloyds Bank has developed a Game Players Code ‘S.H.I.E.L.D’, which will be taught to children directly to improve their knowledge in staying safe online while gaming. It encourages them to:

1. Screen any chats, unexpected gifts, special edition and one time-limited offers from strangers. It further advises not to transfer money to someone you haven’t met in person.

2. Hide personal information from others at all times and conceal personal details so they are not leaked.

3. Investigate game related purchases before handing over money, such as checking the website isn’t blacklisted through Sitechecker and only making card payments that offer consumer protection.

4. Evaluate whether gaming-related downloads are being made from established trusted sources and whether they are safe by checking for malware which can be done via virustotal.com.

harrry
Previous article
Here’s How You Can Feel Young Again, No Matter How Old You Are
Next article
10 Best Movies Like The Menu