War in Ukraine to hit growth and drive up inflation, warns OECD


War in Ukraine to hit growth and drive up inflation, warns the Organisation for Economic Development

The war in Ukraine will hit the global economy and drive up inflation, according to the Organisation for Economic Development (OECD).

Warning that the conflict will have ‘numerous significant economic implications’, the international watchdog cut its forecast for growth around the world from a ‘brisk’ 4.5 per cent to 3.5 per cent.

It also warned of a ‘deep recession’ in Russia and said output in the eurozone would be particularly hard hit, with growth 1.4 percentage points lower than expected at just under 3 per cent. 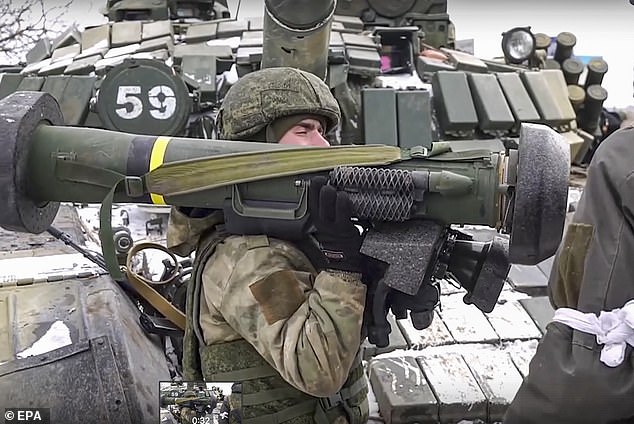 The OECD cut its forecast for growth around the world from a ‘brisk’ 4.5% to 3.5%, warning that the war in Ukraine will have ‘numerous significant economic implications

And the Paris-based organisation said the conflict could push up prices globally by 2.5 per cent.

Costs were already going up due to increased demand as Covid restrictions ease. But if the moves in commodity prices and financial markets are sustained, consumers could see the rate of inflation increase even further.

The think-tank said that while Russia and Ukraine contributed relatively small amounts to global output, they were big producers and exporters of food and energy.

The OECD said: ‘The war has already resulted in sizeable economic and financial shocks, particularly in commodity markets, with the prices of oil, gas and wheat soaring.’

The organisation called for governments to help consumers with rising energy bills. It suggested that in some countries this could be funded by a one-off windfall tax on oil and gas companies.

But the Government argued that a windfall tax would stop firms investing in the UK.