We are not back in the 70s, says HAMISH MCRAE


We are not back in the 70s: I am more worried about humanitarian costs of what is happening than manageable economic ones, says HAMISH MCRAE 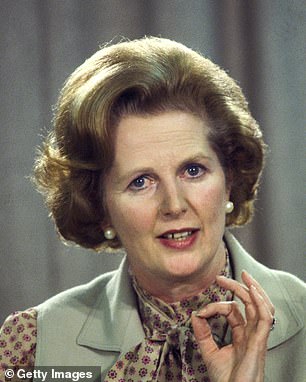 Bygone era: The so-called Winter of Discontent brought down the Government and paved the way for Margaret Thatcher

No, this is not going to be a rerun of the 1970s. Of course, there are similarities. Michael Gove noted last week that there was a ‘direct historical comparison’ between the two periods, in that in 1973 the oil price quadrupled as OPEC cut supplies in response to Western support for Israel in the Yom Kippur war.

It is also true that the surge in inflation from higher oil prices came on top of an underlying increase in inflation everywhere.

Inflation was eventually beaten, but the weapon of very high interest rates led to recession and high unemployment.

The Bank of England’s main interest rate reached 17 per cent in 1979, while unemployment peaked at 11.9 per cent in 1984. For those of us who worked through the 1970s, it was a terrifying time indeed.

Fortunately, there are at least six reasons why the coming few years are likely to be different. The world economy, and that of the UK, are in a much better place than they were in the early 1970s.

It is true that natural gas has become more important and that matters for continental Europe. It has risen from 16 per cent to 23 per cent.

And from the narrower perspective of the UK, we are much less dependent on imported petroleum than we were in the early 1970s before the North Sea fields were developed.

We still produce half our gas, and about three-quarters of our oil. In 2020, thanks to the sharp decline in demand for oil as a consequence of the pandemic, we became a net exporter for the first time since 2004.

Next, in the 1970s OPEC dominated the global oil market and its members could afford to cut supply.

It is a tricky judgment how fast to tighten monetary policy, but at least we all know the perils of failure.

Now, no one does and Russia very much does not want to cut its exports. Lessons of sanctions elsewhere, for example in Iran, show that there will always be a market for oil somewhere in the world. So the overall supply will not be cut by much.

Third, the world has the folk memory of the catastrophe of the great inflation in the 1970s.

While I wish the central bankers had paid more attention to those dangers when they slashed interest rates and printed all that money, at least now they are frightened.

The Bank of England has started to nudge up interest rates and will do more, and the US Federal Reserve will start to increase rates this month. It is a tricky judgment how fast to tighten monetary policy, but at least we all know the perils of failure.

Four, we don’t have the level of social dissent of the 1970s. The UK suffered a particularly dreadful period of labour unrest then, which culminated in the so-called Winter of Discontent in 1978/9 that brought down the Labour Government and paved the way for Margaret Thatcher.

But there were similar tensions in other countries, though they took less violent forms. It was a difficult decade socially for the developed world as a whole.

Things are not easy now – especially for young people starting out – but they were a sight worse then.

Five, the UK economy does not have to face the same magnitude of structural change that it had to in the 1970s. Our companies are much better run and produce better quality products and services.

The UK economy does still have a productivity problem and it still has huge disparities of performance. But the best is wonderful.

Finally, this does not feel like the 1970s. There is not the same sense of utter despair.

The Government can to some extent alleviate the pain from higher energy costs, and Rishi Sunak will have to do more in the Budget.

I worry of course, not so much about energy as about global food supplies. But I am more worried about the dreadful humanitarian costs of what is happening than the manageable economic ones.