We’re not ready for BT to hang up on us just yet, says Openreach boss


Clive Selley is no stranger to the billionaire businessman stalking the group.

The boss of BT’s gigantic cables network Openreach has met Patrick Drahi several times over the years to share ideas about the fast-changing industry, he reveals.

That was before Drahi, who controls European telecoms giant Altice, showed his hand and pounced on £3.2billion of BT’s stock last year – 18 per cent of the British group. 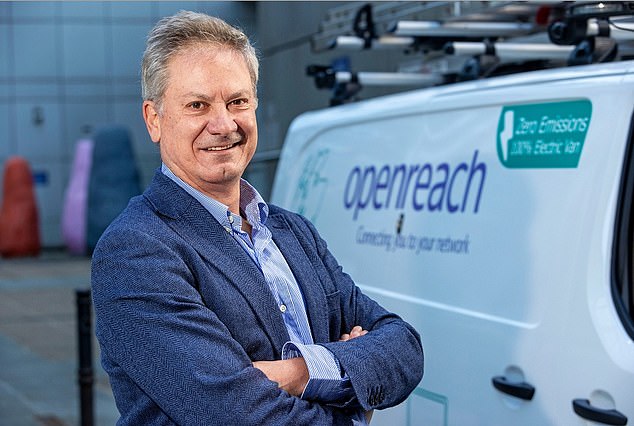 In the dark: Clive Selley (pictured), the boss of BT’s gigantic cables network Openreach, has met billionaire Patrick Drahi several times but admits ‘I do not know what he wants’

The meetings, from Selley’s point of view, were fruitful. Openreach wanted to find ideas from its competitors that he could incorporate into his own broadband network.

‘We scoured the world for best practice,’ Selley says, explaining the history of his meetings with the French-Israeli telecoms mogul across Portugal and France.

But it’s easy to imagine, looking back, that Drahi – who also owns auction house Sotheby’s – was already then sizing up the group in an altogether different way.

Drahi is known for ruthless cost-cutting. But he has also invested heavily into fibre in his businesses in Portugal, France, Israel and the US after a series of debt-fuelled deals.

He has been publicly supportive of Openreach’s strategy to roll out full-fibre broadband and it is busy replacing ageing copper lines to bring rapid fibre to 25m homes by the end of 2026, hiring thousands of staff in the process. BT is spending £15billion on it.

The move, which will see an end to our old landlines, has raised eyebrows even though BT contends the service will improve.

Selley’s more recent conversations with Drahi, this time with BT chief Philip Jansen, arguably sound less enlightening than previous ones. ‘I do not know what he wants,’ admits Selley, all too frankly.

But the City has been awash with speculation.

Among the theories is a full, politically tricky, takeover tilt at BT. Or that he may bully bosses into selling Openreach to generate a huge cash windfall, possibly paving the way for a takeover or a bumper dividend.

But the business is part of the fabric of the country. Openreach is BT’s infrastructure arm that manages phone and internet lines for 28m homes.

It handles cables stretching from Cornwall to northern Scotland and its vans are a familiar sight on Britain’s roads.

Its engineers have been battling to keep the nation connected to a service that has become even more vital as people have worked from home during the pandemic.

Openreach was forced to legally separate from BT in 2017 over competition concerns, but remains a division of the group.

The Mail on Sunday last year revealed private equity firms including CVC and Apax have run the rule over Openreach in case a sale process begins.

Bankers have pinned a price of between £20billion and £40billion on Openreach alone.

Russian aggression in Ukraine is likely to send investors even more hastily towards stable infrastructure assets.

So what if BT chooses to sell Openreach? Support from a major corporate owner, and one with the sympathetic ear of Government, suits the business right now, Selley says.

‘I get great support from BT. What I’m doing is no cheap hobby. They’re showing great confidence in us.

‘They are behaving as a very good owner and they accept a business case that has a very long payback.

But he stops short of speculating on any possible sale, one forced by Drahi or anyone else, adding: ‘BT is our 100 per cent owner, so I won’t be getting a vote.’ 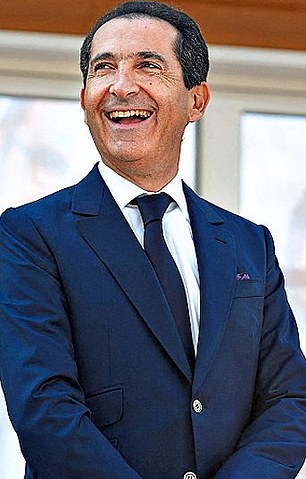 The 60-year-old has just marked six years as chief executive at a fascinating juncture – as Openreach becomes an ever more crucial chapter of BT’s business story.

Openreach’s status as BT’s crown jewel is a recent development. Previously the huge merger with EE took the limelight, then the swashbuckling TV sports division.

But a change in tack by Jansen, boss since 2019, has put Openreach at the fore – with its importance underscored by the pandemic.

We meet in Openreach’s modest headquarters in London’s King’s Cross while, across town, the paint is still drying on BT’s glitzy new 18-storey global headquarters.

Selley himself is straight talking and matter of fact, a human manifestation of his business – a practical worker bee to its owner’s more glamorous queen.

Asked whether he wants anything from the Government at the Chancellor’s Spring Statement tomorrow, he thinks more about the logistics needed to get his new electric vans on roads than headline corporate tax cuts.

The Government limits grants on new electric-powered vans to 1,000 a year. He says increasing that will allow ‘large fleet operators’ like his to drive new production in British factories and help channel the cycle of second-hand vans often used by small firms on to the market more quickly.

He’s also struck a pilot deal with Sky. The agreement allows Sky to hook up their customers to Openreach broadband at the same time as installing its TV service.

But it seems one of his biggest headaches is battling for permission to access commercial tower blocks. Frequently, landlords simply don’t respond.

In the City of London, for example, landlords’ most commonly registered address is a PO Box in the British Virgin Islands tax haven. He wants legal access rights.

‘All we want to do is replace the copper with fibre,’ Selley laments. ‘You can’t phone, email, they don’t have a contact name. You write and nothing comes back.’

It’s an odd problem for the man who wants to turbocharge Britain’s internet communications.