The outspoken boss of Wetherspoons has accused the Bank of England of stoking inflation.

Tim Martin, who set up the pub chain in 1979 and is its chairman, said the bank’s money printing programme has driven up the cost of living. 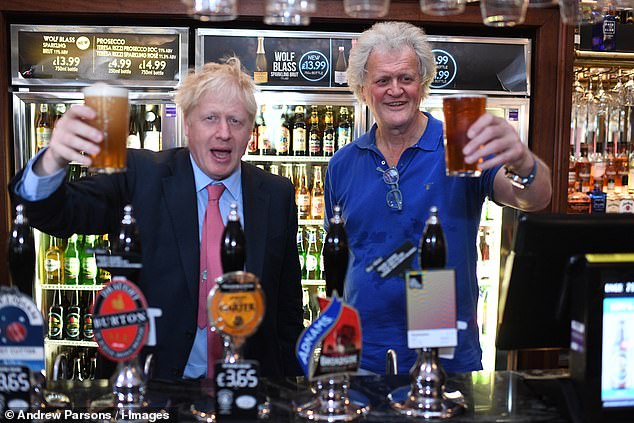 Outspoken: Tim Martin (pictured with the Prime Minister) said the surge in inflation was down to the Bank’s actions, ‘which has led to significant inflation and higher taxes’

The Bank has pumped £450billion of newly created money into the economy since the start of the Covid pandemic through quantitative easing.

But inflation is at a 30-year high of 5.5 per cent and the Bank fears it could hit double figures later this year.

Martin said the surge in inflation was down to the Bank’s actions, ‘which has led to significant inflation and higher taxes’.

He said the firm has seen a ‘return to more normal trading patterns in recent weeks’ following the end of Covid restrictions.

Wetherspoons reported a pre-tax loss of £21.3m for the 26 weeks to January 23, compared with a £46.2m loss over the same period the previous year.

Revenues dropped by 13.5 per cent to £807.4m compared with pre-pandemic levels, but were almost double from the same period last year.

harrry
Previous articleRAY MASSEY: Citroen C5X focused on smooth ride over performance
Next articleNext investors spooked and shares fall by more than a fifth this year