What would rich people do if they won the lottery?


What would rich people do if they won the lottery? Travel more, buy property and quit jobs are top priorities, new study claims


It’s safe to say the majority of us have daydreamed about what we might do if we won the lottery.

Now thanks to a study by the wealth management firm, Saltus, Britons can get an insight into the financial priorities of the rich were they to become even wealthier via a sudden lottery windfall.

The Saltus Wealth Index surveyed more than 1,000 people in the UK with investable assets of more than £250,000.

It found that one in four high-net-worth individuals would travel more and buy additional houses if they won the lottery. 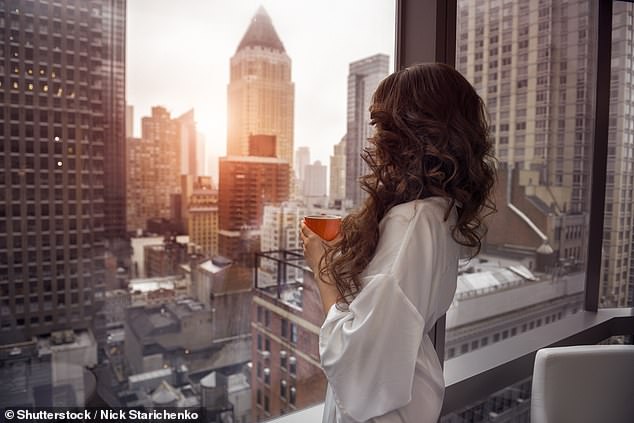 Buying more house remains a consistent priority throughout life for the wealthy, but from 65 onwards this no longer appears to bear such importance.

While becoming jet-setters and property tycoons might be the main priority for the wealthy, paying higher school fees for their children and quitting their jobs is next on the ‘lottery bucket list.’

Roughly one in eight of those surveyed said that if they came into money, they would pay for their kids to get a better education, while a similar number would quit their job, rising slightly among women.

Perhaps more surprisingly, ‘buying a fast car’ featured lower down the priorities list, although 13 per cent of men would splash out on a new motor compared to 8 per cent of women.

Almost one in ten wealthy women would get divorced if they came into money while 6 per cent of men would look to split up.

And 4 per cent of those surveyed admitted they simply didn’t know what they would do were they to win the lottery.

What would be the first thing you do if you won the lottery?

Unsurprisingly, it’s clear that priorities can also change quite drastically with age.

Buying more house remains a consistent priority throughout life for the wealthy, but from 65 onwards this no longer appears to bear such importance.

Quitting their job appears to be a priority shared most strongly by those aged between 25 and 34.

Michael Stimpson, partner at Saltus said: ‘Everyone likes to dream of doing something special and for this group it is travel, perhaps because as the UK’s wealth creators they have precious little free time.

‘However, the fact that for six per cent people, “get a divorce” is high on the list is perhaps not surprising as separation is a fact of life.

‘However, along with the fact that 13 per cent said they’d like to quit their job, it does highlight the importance of sound financial planning.’

‘If your dream is to travel more, quit your job or retire early, or even get a divorce, it is best to speak to a professional about how to achieve it, as you might be able to reach your financial goals than you think – and without a lottery win.’