Which trusts and funds can make you an Isa millionaire?


Younger investors are more confident about becoming a millionaire ahead of retirement by investing in a stocks and shares Isa, new research suggests.

While cryptocurrency and meme stocks took many of the headlines in the pandemic, the tax-free accounts have proved a popular long-term choice for those starting out in investment.

In a poll of 1,000 Isa holders conducted by Freetrade and InvestingReviews, 14 per cent of adults under 25 expect to build a tax-free pot of £1million by retirement, compared with just four per cent across all age brackets.

Meanwhile, the funds and trusts that have helped people become Isa millionaires since launch in 1999 have been revealed by the Association of Investment Companies (see the full list below). 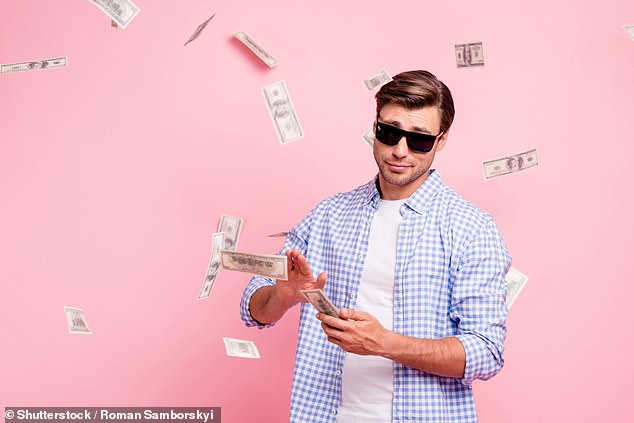 Investors of the future: More young savers are confident their Isa pot will reach £1m by the time they retire

Just under half of those aged under 25 invest in their Isa as a priority, more than 32 per cent focusing on cryptocurrency.

The research also reveals three in five Isa holders say they are investing towards financial freedom or retirement, and just over a third are focused on building an emergency fund.

Investment goals differ significantly between men and women: female respondents are twice as likely to spend their savings on their childrens’ education, wedding or to help them onto the housing ladder.

They are also twice as likely as male respondents to be saving towards buying their own home.

‘Even if a £1million Isa isn’t in your future, the basic habits of monthly investing in a diversified portfolio informed by your financial goals still matters more than the amount in there,’ said Freetrade senior analyst Dan Lane.

‘Getting starry-eyed at the big prize and not focusing enough on the groundwork may lead to decisions that are overly informed by short-termism.’

Where to invest to become an ‘Isa millionaire’

While a portion of younger investors may be confident about building their Isa pots, Freetrade’s research reveals the vast majority think the £1million milestone is still out of reach.

However there are some funds and trusts that have performed well and would have turned investors into Isa millionaires, based on investing a full allowance between 1999 and 2021.

A total of 30 investment trusts had the potential to make savers millionaires if they had invested their full Isa allowance, according to data from the AIC.

Investing the full Isa allowance annually between 1999 and 2021, a total of £266,560, with dividends reinvested, would have generated a pot of over a million.

There is a strong tilt towards technology and unquoted companies in the portfolios of the best-performing trusts.

Hg Capital, which invests primarily in software and services businesses, would have provided the best return and resulted in a pot of £2,062,931.

Scottish Mortgage, which has Tesla and Tencent in its top holdings, returned £2,046,762.

‘Our core task is to find those companies that have the opportunity to deliver outsized returns and own them for long enough without interferences, so that the return accrues to our shareholders,’ says Claire Shaw, investment specialist at Scottish Mortgage.

‘We believe our first duty to shareholders is to provide value for money and it is pleasing that the continued growth in Scottish Mortgage’s assets has meant that costs as a proportion of net asset value have reduced as the trust shares the benefits of scale with its owners.’

‘We expect that the companies that can deliver consistent earnings growth should see attractive stock performance in the near term, though valuations will face their share of headwinds, particularly now that inflation is rising.’

Funds and trusts that hold smaller companies have also performed well. Aberdeen Standard Asia Focus from the Asia Pacific Smaller Companies sector is the sixth best-performing trust in the AIC’s list having returned £1,399,197.

‘Investors should bear in mind that past performance is not a guide to future returns.

‘We would also caution against using your Isa allowance every year to invest in the same fund, as some diversification would be beneficial from a risk management perspective,’ says Laith Khalaf, investment expert at AJ Bell.

‘Nonetheless, splitting your investment equally across these funds and trusts each year would also have produced an Isa value in excess of £1million, while also providing some diversification. It is still a risk hungry approach though, seeing as every single one of these funds is invested purely in the stock market, and some follow fairly specialist strategies.

‘However long term Isa investors can afford to take such risks if they won’t need to draw on their money for ten to twenty years, or more.’

Investing online is simple, cheap and can be done from your computer, tablet or phone at a time and place that suits you.

When it comes to choosing a DIY investing platform, stocks & shares Isa or a general investing account, the range of options might seem overwhelming.

Every provider has a slightly different offering, charging more or less for trading or holding shares and giving access to a different range of stocks, funds and investment trusts.

When weighing up the right one for you, it’s important to to look at the service that it offers, along with administration charges and dealing fees, plus any other extra costs.

To help you compare investment accounts, we’ve crunched the facts and pulled together a comprehensive guide to choosing the best and cheapest investing account for you.

We highlight the main players in the table below but would advise doing your own research and considering the points in our full guide linked here.