Why axing landlines means many vulnerable people could be cut off


When an elderly homeowner’s house caught fire around half a mile from a remote Scottish village last November, he was relying on his landline to call 999 for help.

The fire had broken out after Storm Arwen had cut off his power, and with little or no mobile phone signal in rural Aberdeenshire and no immediate neighbours, the pensioner’s traditional telephone was his only hope.

Yet the unnamed old man’s landline was down because he had not long been switched from the old traditional copper wires to a new digital phone line that runs on the broadband internet network. Without power, the internet connection failed. And, unable to call for help, the man’s home burned down. 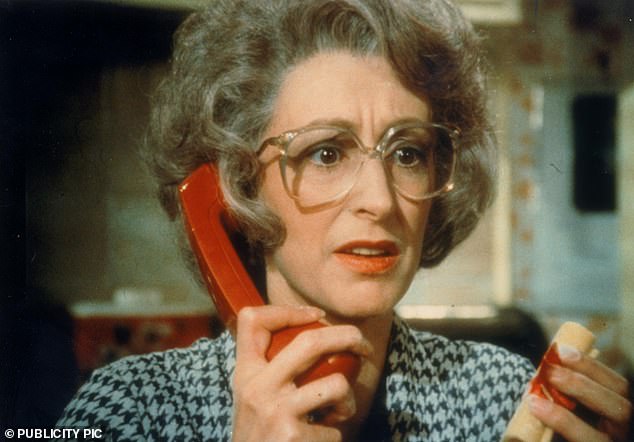 Tough call: Maureen Lipman as Beattie in a British Telecom advert from the 1980s

The unthinkable story, told to Money Mail by the man’s MP, Andrew Bowie, illustrates just why so many charities and campaigners are worried about telephone providers’ march towards a digital future.

Telecoms giants including BT and Virgin aim to move all 29 million UK homes on to the new digital system that works via the internet by 2025. However, the rollout has so far been marred with tales of pensioners being left without a working phone line for days.

There are also fears that panic alarms will not work after the switchover.

Regulator Ofcom has also now written to all firms involved to ensure that customers are warned that their phones could no longer work in a power cut.

Mr Bowie, the West Aberdeenshire and Kincardine MP, says some Scottish households had no landline for two weeks after Storm Arwen hit.

He adds: ‘The rollout should be paused until firms like BT have the safeguards in place.’

Telecoms firms say traditional copper lines will soon become too expensive to maintain. BT, which is responsible for the largest share of the UK’s landline network, has already switched more than two million of its ten million customers to its new ‘digital voice system’.

It says those who have no broadband access may soon be able to connect their new digital landline phones to its 4G mobile network. But there will need to be sufficient signal for them to work. It is still looking into ‘potential solutions’ for those with no mobile coverage.

There are 1.5 million households living without internet access. Ofcom statistics also show one in 20 of us do not own a mobile phone. These customers can buy BT battery back-up units to provide them with enough power and internet to use the phone for an hour.

The firm says it will provide customers in areas with no mobile signal with a free device. But Ofcom is concerned that communications about these ‘alternative’ methods for contacting the emergency services have not been clear enough.

‘The ability to ask for battery back-up if a customer is dependent on their landline,’ it wrote in letters to firms earlier this month. 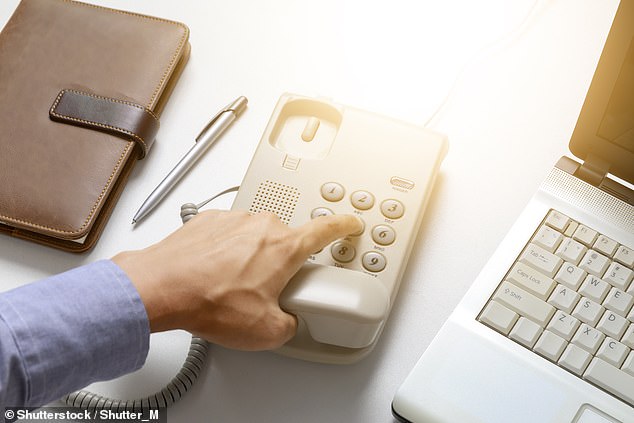 BT, which is responsible for the largest share of the UK’s landline network, has already switched more than two million of its ten million customers to its new ‘digital voice system’

The elderly homeowner above did not have a device when fire broke out.

Widower John Prigent, 81, can walk no further than 30 ft. He fears his personal alarm (which lets his daughter or neighbour know if he has a fall) will not work in a power cut under the new digital system.

Half a million BT customers have devices like this and Ofcom has warned that some may cease to function after the broadband switch, unless they are replaced or reconfigured.

John, who lives in East Grinstead, West Sussex, says: ‘If I was to lose internet connection and fall, then I could be up the creek. I just don’t believe companies such as BT take much notice of older and disabled people like myself.’

Some households will need a ‘digital voice adapter’ to switch on to BT’s new system, and all customers are entitled to one free device.

What does it mean for you?

However, some households with older, corded handsets may need to buy one device for each phone. They are on sale for £14.98 on BT’s website.

Chrissie, 76, and Brendan Buckley, 74, of Hepple, Northumberland, were switched to BT’s ‘digital voice’ system last year. Brendan says: ‘The fear is if I were to fall in a power cut, my wife and I would have difficulty accessing help.’

Shadow Business Secretary Jonathan Reynolds says: ‘It is extremely concerning to hear reports of customers cut off from their landline, particularly for older and vulnerable ones who rely on that service to contact relatives or get medical attention.’

Caroline Abrahams, director at charity Age UK, says: ‘We must also not assume that every older person has the same access to technology and mobile phones.

‘If firms are failing to deliver adequate solutions, Ofcom must act to hold them to account.’

BT is delaying upgrades for vulnerable people until it has developed new technology such as longer-lasting battery packs and handsets that can work with a mobile signal.

This could include customers who have a telecare device and those who need extra support owing to age, disability or difficulties in communicating.

It has identified nearly two million vulnerable customers so far but admits it may not be aware of others and encourages anyone who has concerns to get in touch.

Upgrades for customers with landline-only contracts and households without fibre cables are also being postponed.

BT says it is unable to comment on the Scottish pensioner’s case. A spokesman adds: ‘If you are a vulnerable customer or carer with concerns about the switch, we are urging you to get in touch so we can talk you through the process or delay your upgrade.’

Virgin customers who rely on their landline for accessibility or do not have a mobile phone will be able to use its ‘emergency back-up’ line free of charge.

A spokesman adds: ‘Virgin Media is working with customers, Ofcom, local authorities, charities and other industry stakeholders to ensure the transfer runs as smoothly as possible.’

An Ofcom spokesman says: ‘Communications to consumers should be clear that these services will not work in a power cut and should set out the alternatives available to call emergency services.’ 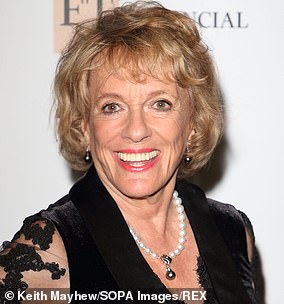 For proof that we live in an ageist country, where older people are invisible and unheard, just have a look at the draconian policy being imposed by the telephone companies BT and Virgin.

By 2025, they say, all our landlines will be cut off. The truth is that young people who don’t need and never use landlines won’t notice any difference. But the thousands of older people who cannot use mobiles and depend upon their landlines are deeply affected.

This is ageism gone mad.

Why have the phone providers decided to take this decision now? BT says it is because ‘it is time to move to new technology, with more modern digital services’, by which they mean broadband.

But one and a half million people in the UK do not have any broadband connection, so what will happen to them? BT says it is looking into that.

Surely it should have sorted that out, too, before they made this decision.

We have heard of a case recently where this ‘upgrade’ has already had devastating consequences, preventing a call to the emergency fire service that could have saved a home from burning down.

I know how much distress this decision is causing. The Silver Line helpline is in touch with thousands of the most isolated and vulnerable older people who depend on it for friendship and support.

Fifty-five per cent of the calls made to the helpline are from landlines. They are literally lifelines.

I have just received a letter from a lady, Phyllis, who says: ‘The thought of being cut off from the landline is causing sleepless nights and panic attacks.

‘Please do your best to put pressure on BT and the Government to change this policy.’

Many of the most vulnerable older people who live alone depend on their personal alarms to get urgent help when they need it.

Callers to The Silver Line have often told me: ‘I’m not afraid of death, I am afraid of dying alone and not being found.’

These alarms and pendants depend upon a working landline. Without it, they cannot function. No wonder Phyllis is having panic attacks.

BT says it is working to remove these vulnerable older people ‘from the upgrade programme for now’.

But surely it should have sorted this glaringly obvious problem before it announced the dramatic change in technology which is giving so many older people and their families sleepless nights.

I believe we urgently need a Commissioner for Older People in this country, to ensure that commercially driven decisions invented by people in their 40s are not imposed on older people with disastrous impacts on their lives.

BT is asking vulnerable older people to contact the company, so that it can ‘delay’ their cut-off.

Why put the onus on the older people themselves, who are often very reluctant to ask for help?

Why not work with families, with charities and the social services to find older people and make sure you protect them.

BT, you helped us so much when we were launching The Silver Line.

Remember that compassion and the understanding of older people you had then, and rethink this policy. You don’t want a single older person to fall and die undiscovered, just because you decided to cut off the landline that could have saved them.