Why is it such a faff to switch savings accounts?

A flurry of banks and building societies raised interest rates last week as the Bank of England is tomorrow expected to hike the base rate again.

And with inflation now at a 30-year high, savers cannot afford to leave their nest-eggs in accounts paying a pittance. 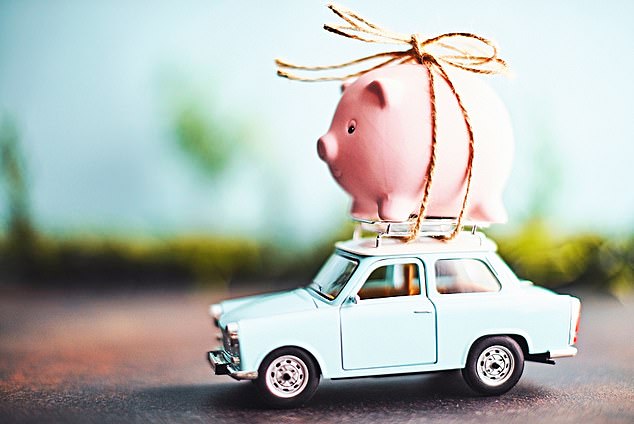 Costly delays: Savers wanting to quickly move their money to a better deal face arduous red tape that can cost them precious interest

Yet savers wanting to quickly move their money to a better deal face arduous red tape that can cost them precious interest.

Conversely, banks will help you switch current account in seven days and offer incentives of up to £150 in cash.

So today Money Mail asks why — when inflation is fast attacking our nest-eggs — savers cannot get the same swift switching service?

Most big High Street banks are still paying a pitiful 0.01 per cent on savings, despite the base rate rising to 0.25 per cent last month.

It had been sitting at a record low of 0.1 per cent since the start of the pandemic in March 2020.

With inflation now running at 5.4 per cent, savers with a total of £974.2 billion in easy-access accounts most often paying 0.1 per cent now face losing more than £51.6 billion in spending power.

But with the base rate tipped to hit 1.25 per cent by the end of the year, rates paid on savings are starting to rise too — meaning there is now something savers can do to protect their money from inflation.

Last week Nationwide finally announced rates paid on some savings accounts would rise by at least 0.15 per cent.

But savers need to search out whether any rate rises will apply to them. Nationwide is increasing some accounts by 0.25 points. However, savers in its easy-access accounts will continue earning as little as 0.01 per cent. 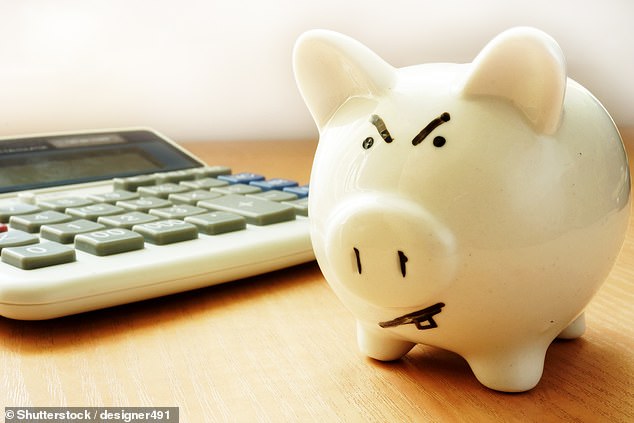 Cost of living crisis: With inflation running at 5.4%, savers with a total of £973.7bn in easy-access accounts paying an average of 0.1% face losing more than £51bn in spending power

And Skipton, the fourth largest society, has raised some accounts by 0.15 points but others by only 0.1 points.

The best rate on the market is currently 0.71 per cent online from Investec Bank, meaning savers can pocket an extra £70 in interest a year on each £10,000 compared to a 0.01 per cent account.

But even if big banks pass on base rate rises, savers will still be able to get a better deal by shopping around.

There are now also around 1,600 deals on the market, compared to around 1,400 in January last year.

The hassle-free Current Account Switching Service (Cass) completes the move in seven days — arranging all regular payments to come and go from the new bank.

But switching for savers is not so easy. If you have an account you have not used for years, you may have to prove your identity again. This could mean taking documents into a branch.

You will also need to prove where you live with a recent utility or council tax bill.

Savers can switch accounts online, but could still run into problems. Their application could be ‘timed out’ if they take too long, and they can struggle with confusing online forms.

And if they do not have a mobile phone signal, they might not be able to receive text codes sent to confirm their identity.

Anna Bowes, co-founder of savings advice site Savings Champion, says: ‘It would be much simpler if the switching process were standardised.’

Baroness Ros Altmann, consumer campaigner, says: ‘Too often we see banks putting in processes that are in their interest rather than the customer’s.’

She also says if banks knew customers could easily switch, they might ‘treat them better to try to keep hold of them’.

Rachel Springall, finance expert at analysts Moneyfacts, says: ‘Top savings rates do not always last on the shelf for long, so savers would need to be quick to take advantage. Signing up to newsletters and checking top-rate tables regularly is wise to keep up with changes.’

Money Mail’s Stop Shortchanging Savers campaign also called for a minimum savings rate to protect loyal savers, and for an end to the marketing tricks banks use to lure savers in before dropping the rates.

The FCA did suggest forcing banks and building societies to offer a blanket easy-access savings rate but the plans were shelved in the pandemic.

‘In our recent consumer investment strategy, we suggested those with significant cash savings may want to consider whether there are other investments that could make their money work harder for them.’