Wickes Group has seen its annual earnings more than double as lockdowns as the growth of hybrid working continued encouraging many homeowners to make upgrades.

In its first annual results since demerging from Travis Perkins 11 months ago, the home improvement and garden supplies retailer revealed its annual pre-tax profit climbed from £28.9million in 2020 to £65.9million last year.

Growing market share in its core division, buoyed by a rise in trade customers of over 80,000, and strong orders in its ‘do-it-for-me’ (DIFM) division, which offers fitting services, helped the firm’s overall revenue jump by £180million to £1.53billion. 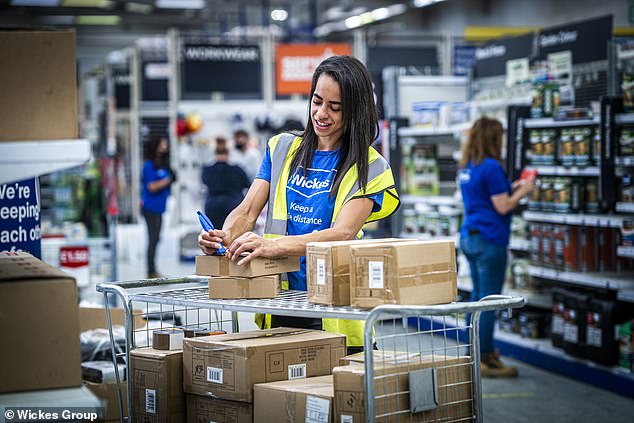 Like-for-like core sales were 36.2 per cent higher in the first half of 2021 when the UK was in a nationwide lockdown for much of the period and Britons were being advised to work from home if possible.

Wickes noted that core trade softened in the latter six months due to exceptional prior year comparatives but still remained over a quarter up on its levels two years ago, thanks to record order books from trade clients.

Much of this was due to loosening Covid-19 regulations, but the Watford-based firm had previously blamed the introduction of Plan B restrictions following the Omicron variant’s emergence for hitting demand at its DFIM arm in December.

Nonetheless, the company believes demand will remain resilient for the foreseeable future due to numerous underlying tailwinds driving more Britons to upgrade their living accommodations.

These include a rising interest in DIY among millennials, surging UK property prices, which are currently at record highs, a very healthy employment market, and the increase in hybrid working.

But it also said escalating worries about global warming is emboldening people to retrofit and insulate their properties, as has the recent volatility in energy prices caused, in part, by Russia’s full-scale invasion of Ukraine. 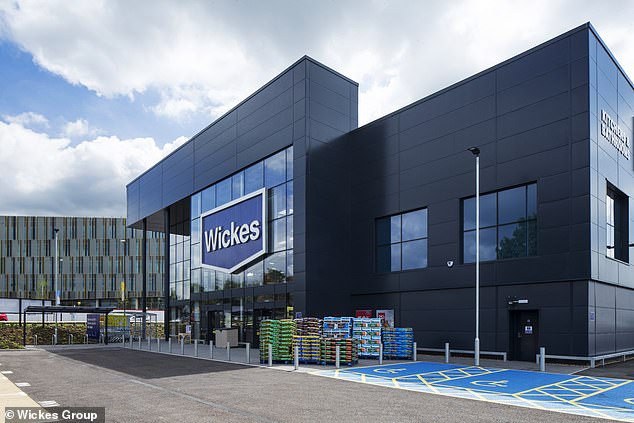 Going solo: After some delay, Wickes became a standalone business last April under a strategy by Travis Perkins to simplify its operations and slash costs

David Wood, the chief executive of Wickes, said: ‘Looking ahead, we expect to continue outperforming the market and are well-placed to capitalise on the ongoing requirement for home improvement.’

He added: ‘While we recognise the pressure that consumers will be facing in 2022, we have the right model, a strong pipeline and order book, and remain confident of making further progress in the current year driven by a material increase in DIFM revenues.’

After some delay caused by the coronavirus pandemic, Wickes became a standalone business last April under a strategy by Travis Perkins to simplify its operations and slash costs.

Though sales have been strong, it has been affected by supply chain disruptions that resulted in project delays and product shortages, with lead times in its DIFM arm more than doubling in certain locations from an average of six to eight weeks.

Its share price has also tumbled by more than a third from its opening price, though Wickes Group shares were up 6.2 per cent during the late morning to 183.2p.