Will drivers get 6 points and £200 fines for touching phones in mounts?


Tougher rules on the use of mobile phones while driving are due to come into force on 25 March, which will see motorists caught handling a device automatically punished with points on their licence and a hefty fine.

The crackdown on drivers holding their smartphones will be enforced from the end of March.

But do the new laws apply if motorists use their phone for any of the banned reasons when it’s in a secured cradle or mount attached to the windscreen or dashboard? 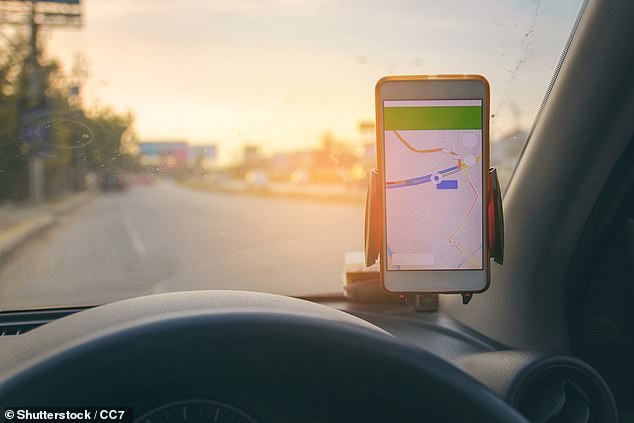 Tougher rules on handling a phone will be implemented from 25 March 2022 – but how does this affect touching a phone that’s in a secure cradle or mount like the one pictured?

Why the tougher new rules on phone use at the wheel?

The Government announced at the end of last year that it will be taking action to close the legal loopholes that have allowed motorists to avoid prosecution by arguing that they were not using it for ‘interactive communications’.

That’s because the law currently stipulates that motorists can only be stung by existing phone laws if they are found to have been handling their device to make calls or send text messages.

But from 25 March drivers will strictly be prohibited from picking up their phones up for almost any reason whatsoever.

The only exemptions are for contactless payments at tolls and fast food drive-thrus or to call 999 in emergencies.

Those caught by police with a device in their hands will automatically face penalties of a £200 fine and six points on their licence for the offence.

It follows a string of high-profile cases of motorists escaping punishment for handling their phones while driving.

One of these was a rubbernecking builder who filmed the aftermath of a road crash on his phone in 2017. 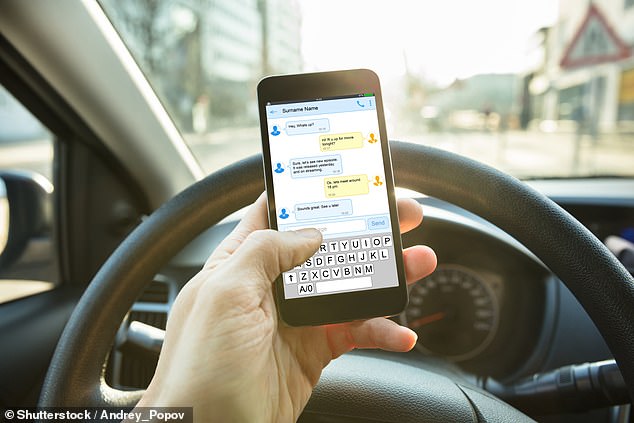 Ramsey Barreto, 51, was stopped by police after he was seen gathering footage as he passed the scene of a serious accident in Ruislip, West London, in August that year and charged with breaches of rules relating to mobile phone use while driving and convicted by magistrates in July 2018.

However, his conviction was overturned in October 2018 when a judge said the law did not ban the use of a mobile phone to shoot video while driving.

Celebrities and sports personalities have also been able to escape convictions based on the same loophole.

Solicitor to the stars, Nick Freeman – aka Mr Loophole – has previously helped the likes of comedian Jimmy Carr and famous football players and managers – including David Beckham and Sir Alex Ferguson – dodge these types of prosecution.

The most recent case this year saw Freeman aid current Everton manager – and former England, Chelsea and Manchester City midfielder – Frank Lampard to avoid punishment after he was caught driving through London while holding his mobile phone. His actions were recorded by a cyclist on a helmet camera. 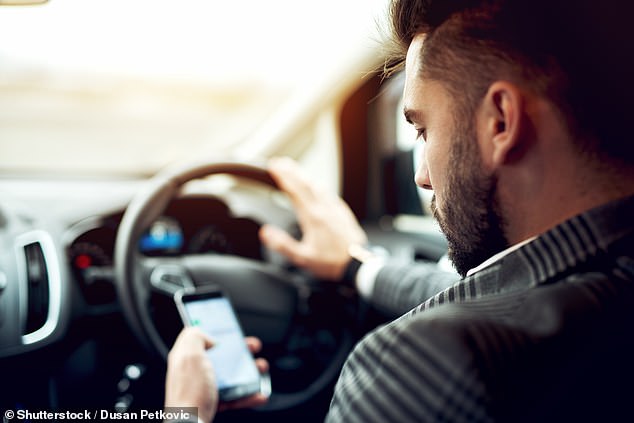 What’s covered by the ban on handling a phone from 25 March?

The Department for Transport has listed the full reasons for why a drivers could automatically be punished when caught holding a phone at the wheel from 25 March 2022.

Enforcement of these laws will lie with the police, though they could soon have additional help from new ‘spy-in-the-sky’ technology.

A trial using a specialist camera last year helped to identify 15,000 cases of drivers using mobile phones at the wheel, as well as snap motorists eating, drinking, or not wearing a seatbelt at the wheel, its makers said in December.

The smart cameras are linked to a new automated system using artificial intelligence.

They have been trialled on an undisclosed motorway – ahead of the blanket ban on holding a mobile device.

The cameras instantly analyse high-definition photos taken through the windscreen of passing cars.

Jenoptik, the enforcement technology firm testing the cameras in the UK, believes they will be crucial in providing evidence to prosecute offenders in the future. 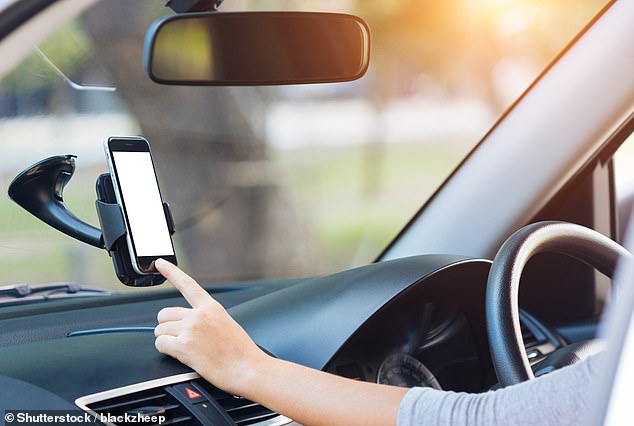 The new updates to the law cover hand-held mobile phone use only, the DfT has confirmed. But if you’re distracted by a phone in a cradle, you could be prosecuted for three difference offences

Do the new rules apply if you’re touching your phone that’s secured in a cradle or mount on the windscreen or dashboard of your car?

When the new rules were announced, the DfT said in a statement: ‘Drivers will still be able to continue using a device ‘hands-free’ while driving, such as a sat-nav, if it’s secured in a cradle.

‘They must, however, always take responsibility for their driving and can be charged with an offence if the police find them not to be in proper control of their vehicle.’

But what about if a driver has their phone secured in a cradle but is touching it to start or stop a video recording, check notifications or simply to see the time?

A DfT spokesman told us: ‘The new updates to the law cover hand-held mobile phone use only.’

He added: ‘However, there are multiple distinct offences which could apply when a driver is distracted by using a phone in a cradle – and would need to be considered on a case-by-case basis.

‘Where a driver uses a mobile phone but does not at any point while driving pick it up, that activity is covered by wider road traffic law regarding distraction.

‘As with any other form of distraction, the police could take enforcement action if they consider that the driver’s level of driving has suffered.’

This means it will be up to the discretion of the police to determine what level of enforcements is taken if a driver is judged to have been unlawfully operating their phone in a mount.

While drivers will likely not face any action if they’re making adjustments to their navigation route, if they are deemed to be too distracted by their devices for any of the new reasons listed above they could face tougher sanctions.

The DfT told us that a motorists caught using their phones secured in a cradle for any of the reasons already listed above could be punished by one of three increasing offences if they are deemed to impact how they are driving:

While these all represent worst-case punishments, how – and if – touching a phone in a secured mount can be enforced is a totally different matter. 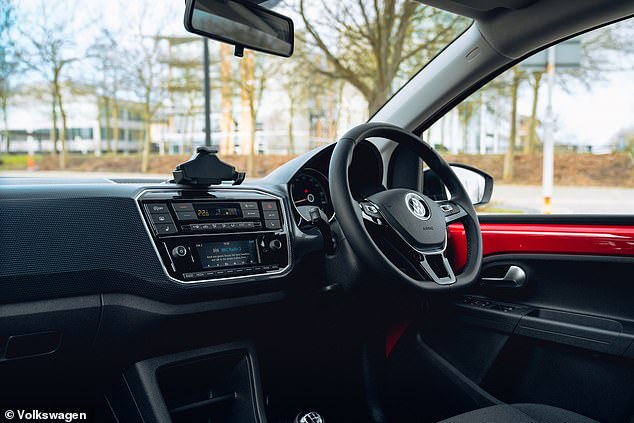 Entry-level cars at the lower end of the market have dedicated smartphone cradles instead of built-in infotainment screens. Owners need to download a specific app that connects to the car (and the steering wheel controls, for example) and can then use the device as a sat-nav

This is especially the case now that various car makers are promoting using this type of technology.

Many brands offer cheap trim levels that – instead of expensive built-in infotainment screens – have a docking station for a smartphone, with customers expected to use a dedicated app to access the car’s radio settings, sat-nav and other functions.

It’s also worth noting that a phone cradle must be positioned on the windscreen so that it does not block your view of the road and traffic ahead.