Will you really go broke at woke Unilever? 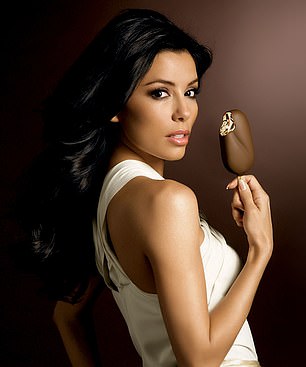 A failed takeover of GSK’s consumer health division. accusations that strategy is driven more by the desire to be woke than world-leading.

And now the appearance on the scene of Nelson Peltz, boss of Trian, the US activist investment fund, who has been building a stake, and perhaps planning a break-up bid.

These are just a few of the challenges facing Alan Jope, chief executive of Unilever, the £97billion giant that supplies us with dove soap, Hellmann’s mayonnaise, Marmite, Ben & Jerry’s ice cream and Hourglass vegan red lipstick.

Shares have tumbled by 27 per cent since their high in the autumn of 2019, which is why investors are applauding the intervention of Terry Smith, manager of Fundsmith, the man behind the woke claims.

Smith says that Unilever has ‘lost the plot, publicly displaying sustainability credentials at the expense of focusing on the fundamentals of the business’.

Other problems besetting Unilever include its substantial debt pile, and the difficulty of raising prices to counter surging commodity costs as household budgets become ever more squeezed.

Pricing power is key in the current climate and, as Unilever unveils its full-year results on Thursday, this will be one of the issues under scrutiny. Analysts want evidence that it can exploit brands, of its strength in emerging markets and its distribution networks.

JP Morgan has reiterated its advice to sell Unilever shares. But Smith, who favours other consumer stocks such as Estee lauder and L’Oreal, continues to be a holder. He seems confident that Peltz can force change.

Private investors who are snapping up the shares seem to be of the same opinion. As Ryan Lightfoot-Aminoff of Fundcalibre puts it: ‘Activist investors are really only coming on board for one reason – to make money.’

If you are intrigued by the emergence of Peltz, be aware that results will not be immediate.

James Yardley of Chelsea financial Services argues that Unilever should be ‘the kind of share you put in the cupboard for ten years, reinvest the dividends, and don’t worry about it too much.’

But, despite Smith’s contention that Unilever has focused too much on whether Hellmann’s has a ‘purpose’, younger customers could be won over if the company is strongly associated with sustainability. ESG (environmental, social and governance) issues matter to this group.

Peltz’s stance on sustainability is not clear. But his tactics at past targets are well-known. Wielding what observers call his ‘piratical charm and an iron fist’, he brought about a make-over at Procter & Gamble, streamlining the business into fewer units. Over the past year, shares in the leaner and meaner P&G have risen by 24 per cent. 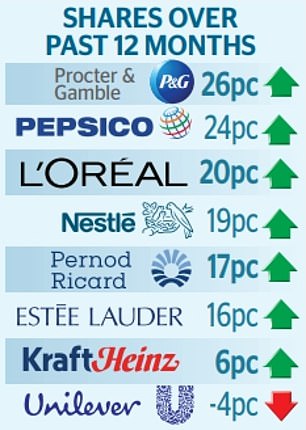 The Tide detergent group has been able to raise prices to offset higher costs and is diversifying into premium eco-conscious skincare. Woke can be lucrative.

It is not a coincidence that Unilever is shedding staff and splitting into five divisions: home care, personal care, beauty and wellbeing, nutrition and ice cream.

Nick Edwards, manager of Guinness European equity income, professes relief that the GSK deal failed, as Unilever would have had to concentrate on reducing debt, rather than driving growth.

But there is more optimism in the medium to long-term. Edwards adds: ‘The reorganisation appears a big step forwards toward a decentralised, more accountable, focused and incentivised organisation.’ Edwards considers Unilever shares ‘an increasingly attractive prospect.’

This assessment is one of the reasons why I am sticking with Fundsmith. The other fast-moving consumer goods stocks in the portfolio are also an attraction.

Shares in Estee Lauder and L’Oreal are up by 16 per cent and 20 per cent respectively over the past year, reflecting the allure of their premium products in tough times.

Over the same period, there has been a 19 per cent increase in shares of Nestle, the provider of comforts like Quality Street.

The markets seem impressed with the company’s transformation under Mark Schneider.

This has included acquisitions in niche and expanding areas, but it is also based on the calculation that environmental stewardship and transparency will matter more and more to consumers.

Unilever shareholders can only hope that their company can execute a similar balancing act.