Yorkshire Building Society enjoyed bumper profits and revenue over the past year, raking in record savings and mortgage balances.

The group, which is the UK’s third biggest building society, saw its pre-tax profit for the year nearly double to £320million, while its operating profit jumped to £297.3million.

YBS provided just over 75,000 mortgages during the year and said it had supported a record number of first-time buyers.

Mortgage balances increased to £41.9billion, which is the the highest in the firm’s history. 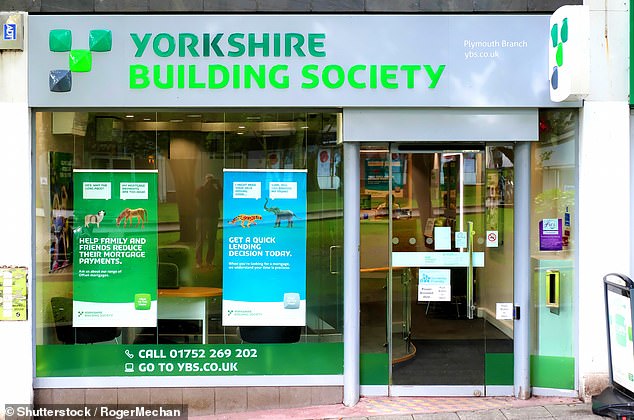 What a result: Yorkshire Building Society enjoyed bumper profits and revenue over the past year

While the number of mortgage approvals fell in October as the stamp duty holiday coming to an end in September, they grew again in November and December and exceeded pre-pandemic averages, the group said.

It added: ‘Despite rising house prices demand remains strong although larger properties with more outside space proved more popular as people reassessed their needs following a year of lockdowns.’

Looking ahead, YBS said it expects competition in the mortgage market to remain high.

It added that its mortgage offerings will be developed ‘to help borrowers improve the energy efficiency of their properties in line with the climate change agenda’.

YBS claimed to have also paid above the market average rates to its savers, delivering an extra £107million in interest to them.

Today, YBS announced it has increased the rates on its access accounts.

The group’s core operating profit rose from £170.5million to £297.3million over the past year.

Stephen White, interim chief executive of YBS, said: ‘I am delighted to report that in a challenging year for the economy when many members and customers have faced very difficult circumstances we have been able to help more people with their key financial needs than ever before.

‘Our mutual model has helped us to deliver record savings and mortgage balances allowing us to both increase our savings rates and help a record number of first-time buyers.

‘The strength of our mortgage book has helped us to support borrowers facing serious financial difficulty and, at a time of rising house prices, release some of our provisions.’

He added: ‘Supporting our savers at a time of historically low interest rates has been a key commitment of ours and while the Bank of England increased base rate to 0.25 per cent in December last year, the first increase since August 2018, 2021 was another tough year for savers.

‘To deliver value to members and ensure we share our success, we further increased our rates above the rest of the market average and rewarded our loyal members.’