If you’re looking for a programming language that emphasizes safety, speed, and concurrency, you should take a look at Rust. Created by Mozilla in 2006 and released in 2010, Rust is designed to be a systems programming language inspired by C# and C++. It cannot fully replace C++ but it shares a lot of common syntax and functionality. Projects that have been created in Rust include Firefox, Servo, and Dropbox.

If you’re thinking about using Rust for your next project, you’re going to need to find a great coder who is experienced in this language. In this guide, we’ll show you how to find the best Rust coder for your project.

1. What is Rust and what projects are done in this language

Rust is a multi-paradigm programming language focused on performance and safety, especially safe concurrency. Rust is syntactically similar to C++, but its designers intend it to provide better memory safety while maintaining high performance. Rust also builds on years of experience with existing languages, borrowing ideas from Cyclone, LLVM, Haskell, and others. As a result, Rust has a number of features that are not found in C++, including type inference, closures, pattern matching, and numerous built-in types. Despite its age (it was first released in 2010), Rust is still considered to be in active development; the latest version was released in May 2019. The goals for the language have remained mostly constant over time: to be a “Safe, Concurrent, and Practical” language that can replace C/C++ in many scenarios. As such, Rust is used in a wide variety of projects; some notable examples include Firefox, Dropbox, and the Tor Browser. While it still has some way to go before it can completely supplant its older competitors, Rust has made significant progress toward becoming a mainstream language.

2. How to find the best Rust coder for your project

The best way to find Rust coders is to use an online coding platform like Toptal. At Toptal, you can browse through a network of coders and find the perfect match for your project. You can also read reviews of coders from other clients to get an idea of their work.

Moreover, when it comes to finding a great Rust coder for your project, LinkedIn and referrals can be immensely helpful. Start by searching for Rust developers on LinkedIn. Check out their experience, skills, and recommendations. Then, reach out to your network of contacts and see if anyone can refer you to a good Rust coder. With a little effort, you should be able to find the perfect Rust coder for your project.

3. Things to look for when hiring a Rust coder

When you hire a Rust developer,  there are a few things that you should keep in mind. Here are some things to look for:

First, you want to make sure that the coder is experienced in Rust. This means that they should have worked on Rust projects before and be able to show you their work. Check their portfolio or Github account to see if they have experience with Rust. If they don’t have any projects listed that use Rust, then they probably aren’t the best candidate.

Secondly, ask them about any challenges they encountered while working with Rust and how they resolved them. This will give you a good idea of their problem-solving skills. 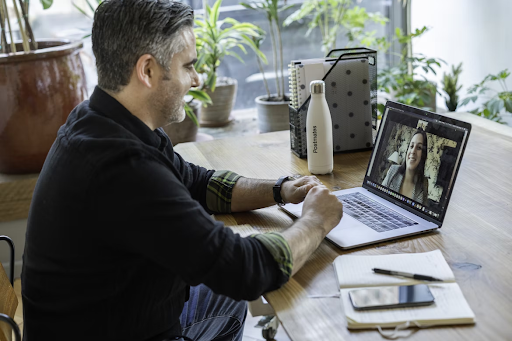 Fourth, make sure they are familiar with the various tools and libraries available for Rust development. The more experience they have, the better equipped they will be to handle any challenges that come up.

Finally, you want to make sure that the coder is someone you can work with. This means that they should be able to communicate well and be a team player.

When you’re interviewing Rust coders, it’s important to hire qualified developers who are knowledgeable about the language and its features. Here are some questions to ask during the interview process:

Asking these questions will help you hire qualified Rust developers who are knowledgeable about the language and its features.

Rust is gaining momentum and in many scenarios making C++ replaceable. More mainstream companies are switching to it including industry giants. To hire qualified Rust developers, you should be on the lookout through a variety of platforms and engage your networks and referrals. When you’re looking for a Rust coder, you want to be sure that you’re getting someone who is qualified and will be able to do the job well. By keeping in mind such things as similar projects in Rust, making sure it is a good fit for your particular project, values, and problem-solving skills, you can be sure that you hire a qualified Rust developer who will be able to do the job well.

Denis Avahttps://bizgrows.com/
Denis Ava is mainly a business blogger who writes for Biz Grows. Rather than business blogs he loves to write and explore his talents in other niches such as fashion, technology, travelling,finance,etc.
Previous articleSTOCKS TO WATCH: British Gas owner Centrica may ditch dividend
Next articleLast chance to file tax return on time before £100 fine